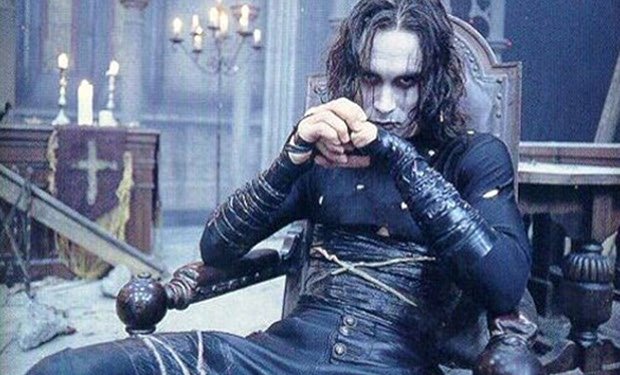 Come on everyone, let’s face it. No movie fan can deny that the past decade has been plagued with Hollywood remakes of old classics, pointless sequels, and re-imaginings of what was already a popular story just told in a different way. Sometimes it works, but most often it’s either a flop or viewers are left wondering “Did we really need that new edition? The original was just as good.”

One thing that these remakes usually guarantee for Hollywood is money and a screening full of viewers. People always like to give a remake a go, even though we know it’ll likely be a flop. With the current remake of 1994 Fantasy film The Crow, which has been in the works since 2008. The project has found itself in trouble again with the loss of another director, as well as disputes over the rights of the script and production difficulties. We are made to wonder, are remakes really the way forward, or do they cause more creative problems in the long run?

A lot of the films being rebooted at the moment aren’t even particularly old, or at least not old enough to be considered worth updating yet. The Crow went into planning less than 25 years after the original. Stephen King’s IT has also been announced as an upcoming reboot, god only knows what they’ll come up with this time. The 1990 original is a pure horror classic, can’t we just leave it to remain in all to ts terrifying glory for a few more years, please? Along with this, the recurrent rumour of a Jumanji remake has reared its ugly head again and this time it seems like it may actually be happening – what’s wrong with the first one? What could possibly be added to the remake that the original lacked? Robin Williams will always be the true star of Jumanji.

Yes, some of the recent remakes have exceeded expectations and lived up to their hype, and even managed to get some pretty good reviews on the way. Godzilla was well written, and viewers enjoyed the updated theme of humankind’s abuse of the planet, plus, who can complain about Bryan Cranston? Although a sequel rather than a remake, Jurrassic World definitely exceeded expectations and went down well with viewers and critics alike. Then again, the Poltergeist remake was one of the biggest movie flops of 2015, scoring just 31% on Rotten Tomatoes.

Although there’s always the potential of a successful remake, it’s still questionable why so many are being commissioned every year rather than giving the spotlight to new, innovative stories that have been written by upcoming talents. There’re thousands upon thousands of new materials to be used for creating original movies. Novels are being written every day, scriptwriters are pitching ideas ever day, yet Hollywood insist on dragging old, used ideas and trying to make them better or more relevant for the new generation.

It’s all about money – why invest lots of money on an original idea that might not take off when you have a multitude of already successful ideas to pick from? Eventually, the original material will run out, and directors will be forced to look further for their ideas.

Sometimes it’s nice to see a well done remake of an amazing concept, but it’s about time that Hollywood left the classics alone and tried something new.

In this article:Hollywood, Jumanji, reboots, Stephen King's IT, The Crow