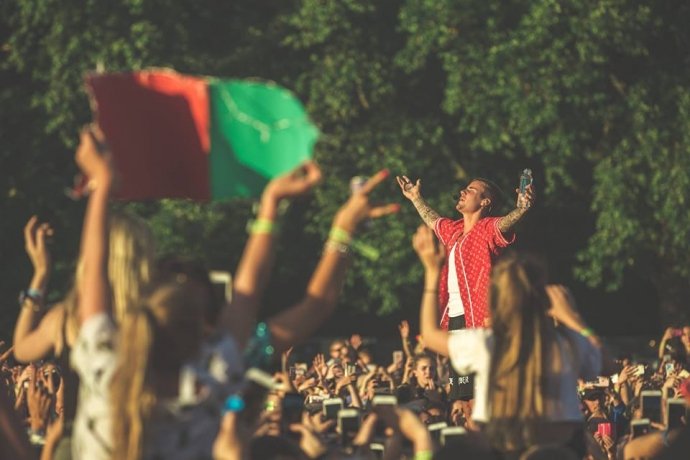 Hyde Park’s iconic British Summer Time Festival is a place to see some of the world’s biggest artists and last weekend Green Day and Justin Bieber performed on consecutive days. As someone who grew up listening to rock but also adores pop music, this sounded like a match made in heaven to me. Although I was prepared for both days to obviously be totally different musically, witnessing the stark contrast of cultures less than 24 hours apart was the biggest shock. 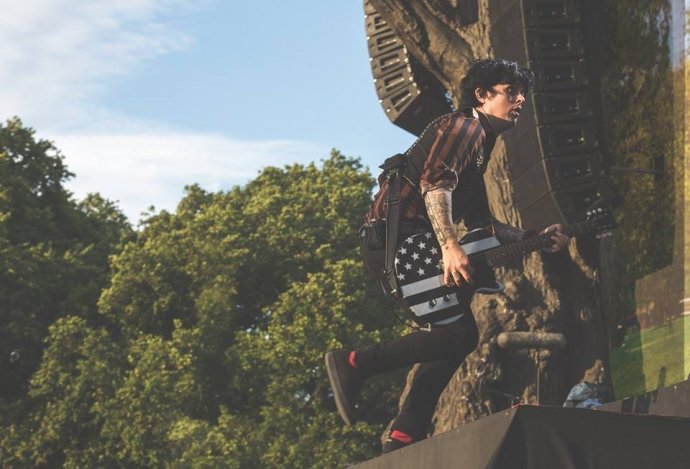 It was absolutely boiling on Saturday but that didn’t stop hoards of Green Day fans turning up to sunny Hyde Park in black band tees and tartan trousers. From the moment I arrived, I could see people singing a long to the various support bands, from The Hives to Rancid. This crowd were music enthusiasts through and through, whether they were young or old (kids jumping around in oversized Green Day t shirts is, like, the cutest thing EVER by the way). When Green Day finally arrived on stage, the crowd did not stop dancing and singing. Lyrics were shouted so loud that you couldn’t even hear the band at times. 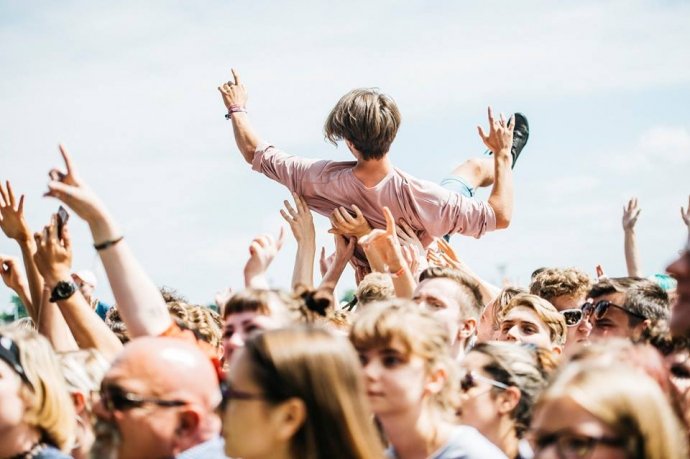 You could see Billie Joe Armstrong looking out in awe at 60,000 people singing back every lyric without prompting. At one point he commented on how great it was to see no-one holding their phones up the whole time and “living in the moment” instead. After he said this I realised that was why the atmosphere felt so special – everyone was there because of their passion for live music, they weren’t interested in how many likes their blurry photo on Facebook would get, they just wanted to have an incredible night. 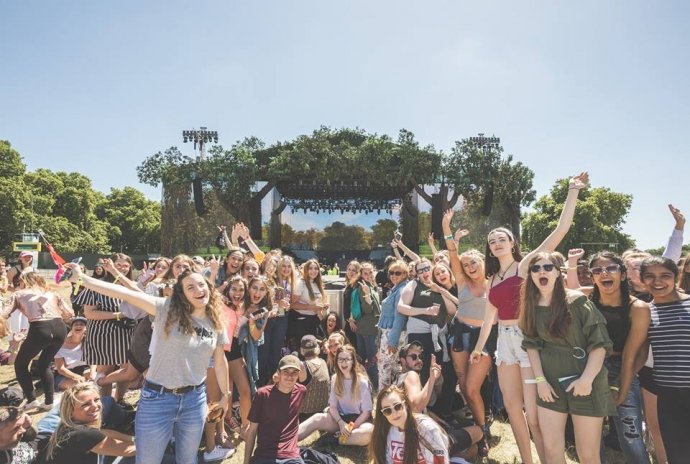 Fast forward 24 hours and I find myself stood on tip toe, trying to get a glance of Justin Bieber on stage through a forest of mobile phones. At one point, to give my feet break, I ended up watching his performance through a woman’s video in front of me instead. Before Bieber‘s set at 8pm, the day sometimes seemed more like an Instagram photoshoot than a festival; there was an actual queue of people waiting to take photos by a fake palm tree at one point.

Bieber’s set began with two or three songs from his latest album Purpose and as the initial excitement of him appearing on stage faded, I noticed that no-one around me was singing along. Almost every other person seemed to be wearing a Purpose Tour t-shirt, so why did no-one seem to care when he played these songs? At one point I found myself having to move because three boys behind kept obnoxiously shouting “play the hits!” over and over. Who in their right mind would pay £80 to hear three songs? This crowd, apparently. I also heard a woman complaining that he was trying to “change his songs too much”, referring to an acoustic version of ‘Love Yourself’. Usually this is the sort of thing that artists get praised for, but not here. Radio edits of the hits only please. I know not all pop fans are like this, but it’s so frustrating when you go to a show where everyone you see lives up to the stereotype of only being interested in meaningless, throwaway music and not actually caring about the musicianship or whether he was putting on a good show.

Maybe it’s because I’m old and don’t understand the Instagram generation but for me, gigs are a place to immerse yourself in a totally different world and enjoy every moment watching an artist you love. It was a shame there was such a disconnected atmosphere at Bieber because he actually sounded brilliant and put on a great performance. I attend a lot of pop shows and always have an amazing time, but seeing Green Day and Bieber back to back reminded me how you can never really beat that passionate, family feeling you get at a rock show.