Why Was Ed Sheeran On Game Of Thrones? Twitter Goes Crazy!
Advertisement 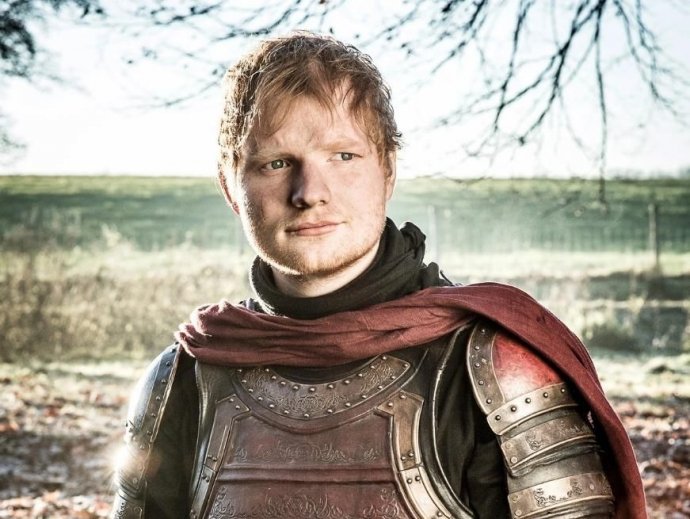 Ed Sheeran On Game Of Thrones?!

So it looks like everybody’s favourite ginger, the loveable Ed Sheeran,  managed to somehow wangle his way onto the first episode of HBO’s Game Of Thrones season 7;  wow!

It turns out Sheeran was actually cast for the show as a surprise to Masie Williams (Ayra Stark) who is a massive fan, and his Game Of Thrones appearance has been in the works for quite a while now.

Lovely to finally meet you. Playin it cool. @edsheeran pic.twitter.com/co0CmJXJvP

One thing worth noting about Ed’s cameo, which a lot of fans may not have picked up on yet, is he actually played quite an interesting role. Did you notice the song he was singing? That was ‘Hands Of Gold’, a song that appears in the Game Of Thrones books that inspired the TV show.

The song itself was written by Symon Silver Tounge and was written about Tyrion Lannister’s relationship with prostitute, Shae. Symon used the song to blackmail Tyrion as it could reveal the truth about their hidden relationship to the public and could result in his being killed by Cersei.

He rode through the streets of the city,
Down from his hill on high,
O’er the wynds and the steps and the cobbles,
He rode to a woman’s sigh.
For she was his secret treasure,
She was his shame and his bliss.
And a chain and a keep are nothing,
Compared to a woman’s kiss
For hands of gold are always cold,
But a woman’s hands are warm

Despite this, obviously, in true Twitter style, everyone lost their shit over his Game Of Thrones appearance, which led to some amusing status updates…

Cruel but too funny!

Only way to justify Ed Sheeran's #GameOfThrones cameo is for him to greet Bran with: "When your legs don't work… https://t.co/xJE9tRUAyB

The classic Ed / Ron mix up!

In my opinion he was better as Ron Weasley pic.twitter.com/ShJTQghAKB

You expect me to belief that Ed Sheeran the Lannister soldier has survived until season 7? Girl please. #GameOfThrones

This was bound to happen #shipped

And some people were really not at all amused!

Disgusted by @edsheeran appearance in @GameOfThrones and the reference to #Thorosofmyr 's "top knot."Next ep there'll be a horse called uber

Either way, it’s done now so all you haters….get over it! Let’s be fair, if you didn’t know he was Ed Sheeran you wouldn’t have had an issue. He did a good job. You keep doing your thing Ed. Let’s hope we see him flying on a dragon with Jon Snow real soon #kingofthenorth

In this article:Ed Sheeran, Game of Thrones