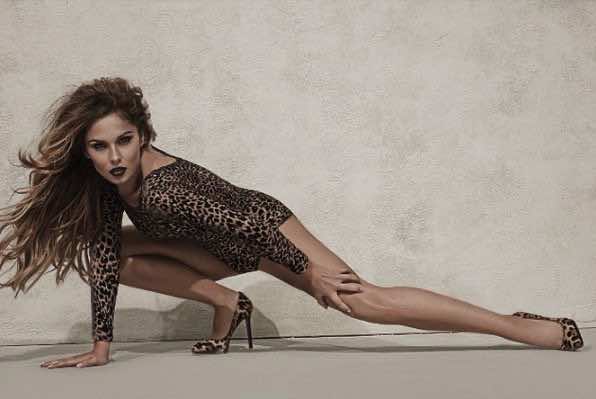 Despite assurances from The X Factor‘s creative director Brian Friedman that Cheryl Fernandez-Versini’s/Cheryl Cole’s/”just Cheryl”‘s highly publicised performance of her latest single ‘I Don’t Care’ was performed live on Sunday’s results show (both with regard to time and vocals), it was apparent from the opening few words that the singer was not, well, singing at all.

Within moments of Cheryl taking to the stage to perform, Twitter exploded with accusations that she was in fact lip-syncing once more. Giveaway signs were that Cheryl seemed to be over exaggerating her mouth when ‘singing’, perhaps in an attempt to make it look like it was a live vocal. She had also choreographed a fairly demanding dance routine whilst maintaining a steady and consistent vocal. It is pretty impossible to sound perfect (and in this instance the term perfect is used very loosely!) whilst rigorously dancing at the same time.

Another giveaway was that the word “fucking” was bleeped out exactly as it is on the studio recording. Obviously the show was being broadcast before the 9pm watershed, so Cheryl would have been forbidden from singing the expletive anyway but if it was really a live vocal, then surely she would have compensated by briefly moving the mic from her mouth to allow for a split second gap, or at least change the line to “it feels so damn good” or something along those lines.

People even began to question whether the performance was being broadcast live at all or whether it had in fact been pre-recorded before the show. Cheryl was wearing the same dress both before and after her performance and we find it difficult to imagine that she had time to get changed whilst also preparing to enter the stage with her acts to find out the result of the public vote.

It is important to note, however, that her microphone was in fact live because she exclaimed “let’s go!” after the bridge. But the majority of the performance sounded identical to the studio recording and she could not be heard taking breaths or breathing throughout.

It is extremely ironic that Cheryl, a singer who has been in the industry for 11 years not only lip-syncs on a singing competition show but is also a judge who is critiquing others on their vocals and their ability to deliver a high quality vocal performance. We find it problematic that Cheryl is in a position to comment on the contestants, who are not professionals or used to performing on stage or on TV in front of millions, when she clearly refuses to sing live or perform live, or both at the same time!

Cheryl’s performance was stark contrast to the flawless live (and we mean actually live) performance by John Legend prior to her on the show. One thing is for certain, Cheryl is not on the judging panel for her vocal ability.  Although Cheryl has proclaimed “I’m no Mariah Carey” with regard to her ability, she would get more credit for actually singing live and seeming like she cared. But we already know what her response to that would be: “I don’t care! And it feels so fucking good to say, I swear!”

Check out some of the reactions from Twitter below.

Cheryl says last night to Fleur how difficult it is to sing and dance… How the hell does she know!?! #lipsyncing #idontcare #xfactor

Nice lip-syncing on the #xfactor @CherylOfficial. BTW #idontcare for your attitude. 🙂

Oh dear Cheryl, your lip syncing is not fooling any one Ã¢Å“â€¹

What do you think about Cheryl’s lip syncing? Let us know below!