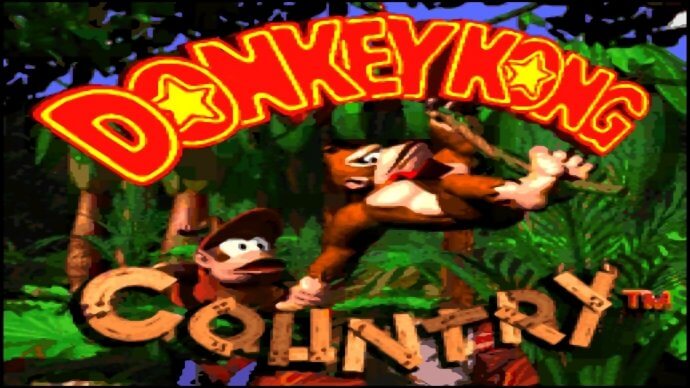 Who remembers the days of Donkey Kong Country Trilogy?

Back in the early 90’s, a war raged between two video game manufacturers; Nintendo and Sega. At the time both companies produced 16 bit home games consoles called the Super Nintendo Entertainment System (SNES) and the Mega Drive respectively (well, in the UK at least). Both consoles were hugely popular, Nintendo sold nearly 50 million SNES’s worldwide since 1990 and anyone who was born before 1984 and lives in the developed world will probably have played on one at some point in their life.

As the battle raged on, Sega and new-comers Sony decided to release 32-bit consoles with the Mega CD and the Play Station 1 whereas Nintendo opted to squeeze the last of the profits from their console by adding extra hardware to their games cartridges which allowed for higher detailed graphics and sound and 3D modeling. The result was a handful of the best selling games of the era including Star Fox and Uni Rally before finally teaming up with a company called Rare to produce the arcade classic Killer Instinct and the Donkey Kong Country trilogy. 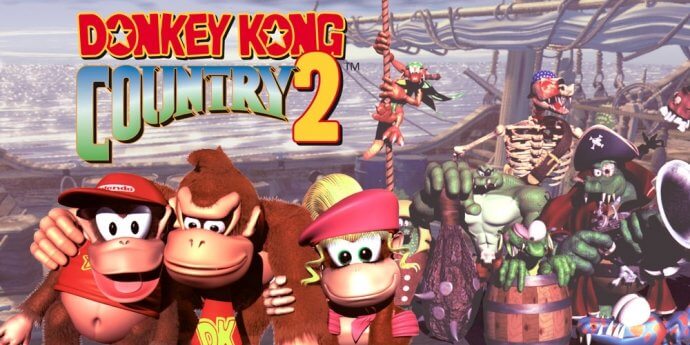 My favourite game of the lot was Donkey Kong Country 2: Diddy’s Kong Quest, which I was introduced to by my Aunty Jenny. It is a 2D platform scrolling game, released in 1995 it features a family of Gorillas called the Kongs. Donkey Kong, the main character, has been kidnapped and you the player must direct Diddy and Dixy Kong to defeat Captain K. Rool and his Pirate Kremlings to rescue your friend Donkey (Y). The game was super addictive, you would get lost in a world of fairground rides and honey with plenty of onomatopoeia, games within games and hunting around for those damn boom barrels.

‘MIIIIIKEEE!’ I hear you shout, ‘What has this got to do with a music magazine???’

Well, music in early computer games was pretty lame. Probably written in house by programmers rather than musicians and being restricted to a few simple instruments because of the limitations of storing music on a micro chip. The Donkey Kong series, however, had a score produced by a British man called David Wise. David worked for Rare exclusively writing computer game music, and with the slightly uprated technology in the latter SNES cartridges coupled with David’s talent, Rare pumped out some of the best computer game music of the time. Different levels, worlds, and scenes within the game had different music, each track seemed to match the pace of game play and surrounding perfectly and probably went a long way to helping the popularity of the game may sound silly, but if the game had had terrible music then I bet subconsciously the gaming experience would have been a lot worse.

For a long time I imagined it would be funny as hell to get a band to cover one of the tracks or even to get a producer of electronic music to sample or copy a riff from one of the tracks and remix in to a modern dance track. Seems I wasn’t alone in this thinking!

Founded in 1999, OverClocked ReMix is an organization dedicated to the appreciation and promotion of video game music as an art form, their Facebook group can be found here; http://www.facebook.com/ocremix. They have arranged for many computer game re-engineered and re-released, including tracks from Final Fantasy, Mega Man, Zelda and of course Donkey Kong County 2.

Weeeeee! How excited was I? You download a torrent file from their website then use a client such as U Torrent to download off other internet users. Took a while, but it was worth it to bring back so many memories of hours spent shooting yellow bees with a spiders web (but not the red ones) and avoiding being hit by boxes thrown by a laughing ghosts.

Each track has been covered or remixed by a different band or producer and it covers many different genres from funk, classical, metal and electronic it even features a track buy the man himself, Mr Wise

My personal favourite is ‘This Chase Is Haunted’  by the Prince of Darkness. It is a cover of the track from the game Haunted Chase and has a sweet bassline. Sort of sounds like the guitars are played live whilst the percussion is produced on a computer so probably created completely by one person. And I love it!

Here is the original and the cover:

To download the whole album head over to the official OverClocked ReMix page here; http://dkc2.ocremix.org/index.html

If you like the idea of video games and music, check out our feature on musician video games!

In this article:Donkey Kong Country