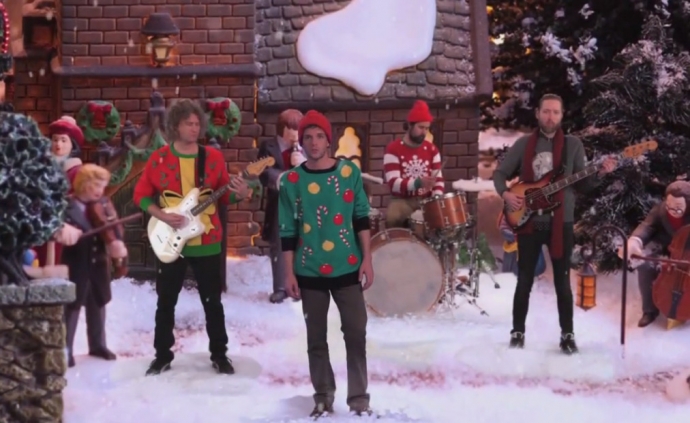 It’s that time of year, the nights are drawing in, the heating bill has become extortionate, and John Lewis has launched a dog on a trampoline upon us.

Yes, that’s right folks. Christmas is upon us, like now.

It’s been the case for the last couple of decades that Christmas has been slapped in our faces from the moment the eggs have hit your window on Halloween. No more do we let Santa slowly creep up on us like the prospect of Brexit or a Donald Trump Presidency. No, from the first chimes of November we are treated to a relentless assault of Christmas lights switched on, Depressing TV ads and the commercial fuck up that is Black Friday.

I can just about deal with that. If you’re intelligent, you can just about avoid the lion’s share of November festivity. However, something shocked me earlier. Using my day off to get the shopping, and nursing an injured hand, I was forced to take taxis to and from the supermarket. Both trips were only 5 minutes drive maximum. 50% of the songs I heard on those journeys were of the festive nature.

Seriously, It’s the 21st of November… It’s not even a month to go yet! Without sounding like an old git, but in my early teens I used to love having the radio on in December as they’d very slowly creep in the Christmas songs from around 1st onward. The playlist would throw up perhaps one or two songs a day during the first week of December, double that the next week the 80% of the time around the 20th. There was a nice slow burn that allowed you to get excited for Christmas gradually.

Nowadays it’s just a straight onslaught from the off. Who has an aching desire to hear 2000 Miles by The Pretenders or that one Chris Rea song at this point in the year? Thanks, Smooth FM!

Each year is getting worse, like global warming, it’s just crept up on us until we’ve suddenly woken up and gone “Oh shit, wasn’t there more ice here before.” Within the next couple of decades, we’ll be at the stage where the Christmas decorations will be up before England have even been knocked out the World Cup (again).

I for one am making a stand. Don’t make us hate Christmas before it’s even got to Advent!