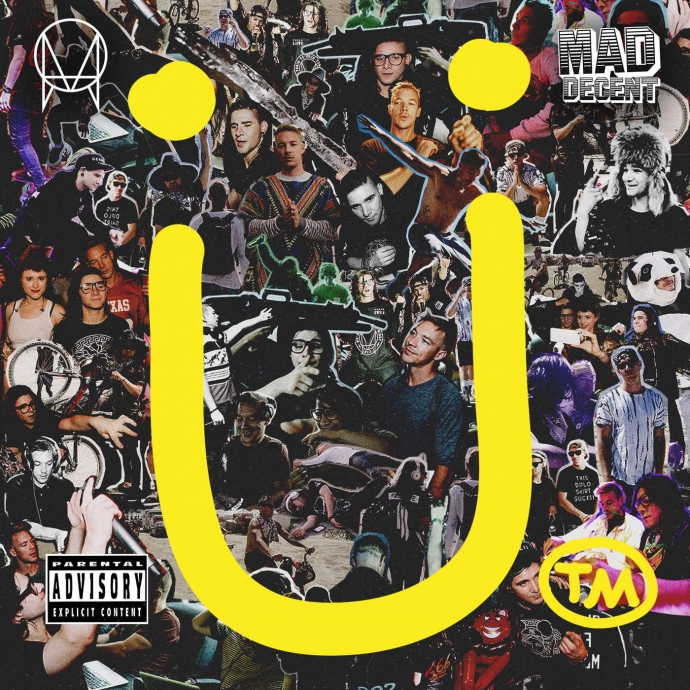 There exists a handful of universal questions that we occasionally like to ask ourselves. For example, “What would I do if I won the lottery?”, “If I could be anywhere in the world right now, where would I be?” and, my personal favourite, “If I had Justin Bieber, Harry Styles and a gun with two bullets, would I just shoot one of them twice to be sure?”

So when I hear of celebrity rider requests I get a little bit excited. What on earth could these insanely wealthy people have requested to be either delivered or waiting for them, presumably in an already lavish hotel room equipped with everything us commoners would ever need? Well as it turns out, a lot more than you think. Mariah Carey has previously asked for vitamin water to bathe her dogs, Kanye West requests imported Versace hand towels and Paul McCartney demands 6 full and leafy floor plants as long as they’re not trees. Because that would be too far. Just to note as well: Iggy Pop’s rider request stands at a whopping 18 pages long.

So why don’t we take a look at Skrillex and Diplo’s joint rider requests as per a photo that was leaked on Reddit last week. Diplo as a solo act has previously requested the 3rd season of Lost on VHS, a Malawi orphan and an arranged marriage. Just the classics really, so I was keen to see what Skrillex has ever requested. Unfortunately, I came up short, leaving me only to assume that he gets excited for that choccie-on-the-pillow moment and doesn’t even mind too much if there’s a pube in the sheets. 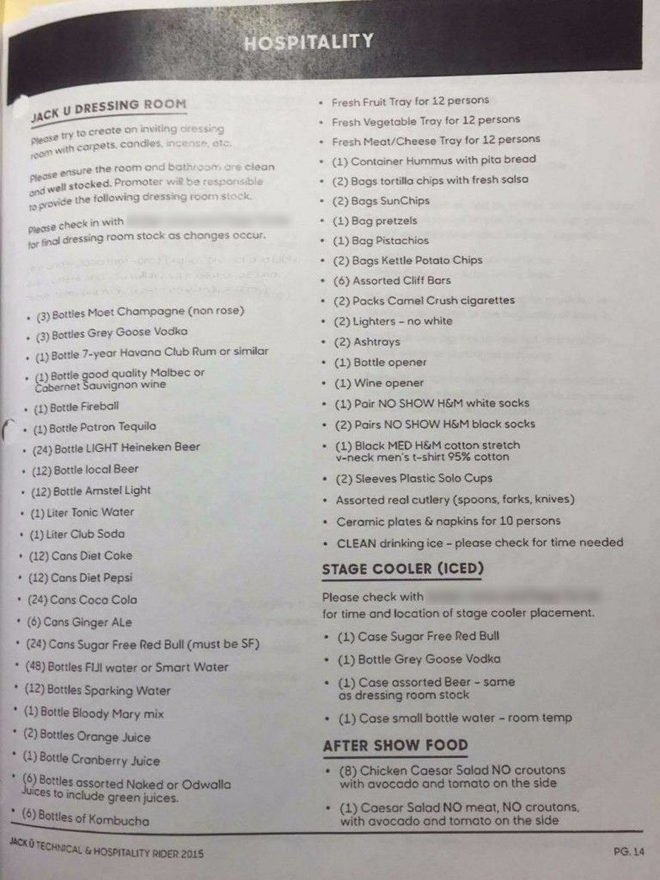 In case you missed that, when two of the most successful DJ’s are asked what in the world they want, their requests include: a plate of veg, a tub of hummus and a couple of pairs of black socks from H&M. Let’s be fair though, there are few things in the world that feel as good as putting on a cracking show for thousands of people and then kicking back with a couple of Caesar Salads.

The clean drinking ice irks me. Have they been someone where a stage manager has plopped some manky, dusty ice into their Havana Club rum and they’ve just gone along with it, kicking themselves all day and thinking “well that will teach us not to be vague!”

It’s not all Songs of Praise though! A non-white lighter is requested, maybe in reference to the stoner bad luck myth. Weed is cool, right? And they have booze and stuff! A bottle of pre-mixed Bloody Mary and 6 whole bottles of spirits have been requested. To share. Between 12 adults.

Another interesting one is the fact that they’re catering for 12 people with the fruit, veg and meat/cheese tray for 12. So why have they only requested ceramic plates and napkins for 10 people?

Maybe this is it. Maybe this is the rock’n’roll we’ve been waiting for. Maybe after the gig they collaborate with each other and decide who they think doesn’t deserve the crouton-less salad. Weakest link style, type of thing. OR, they’re having us on and there really is only 10 of them but they say 12 for the platters because in the past there just hasn’t been enough fruit to go around.

Jesus christ, fame is wasted on these people; bring back the Malawi orphan.

In this article:Diplo, jack u, Skrillex