All Points East Festival Has A Wonderfully Successful Debut
Advertisement 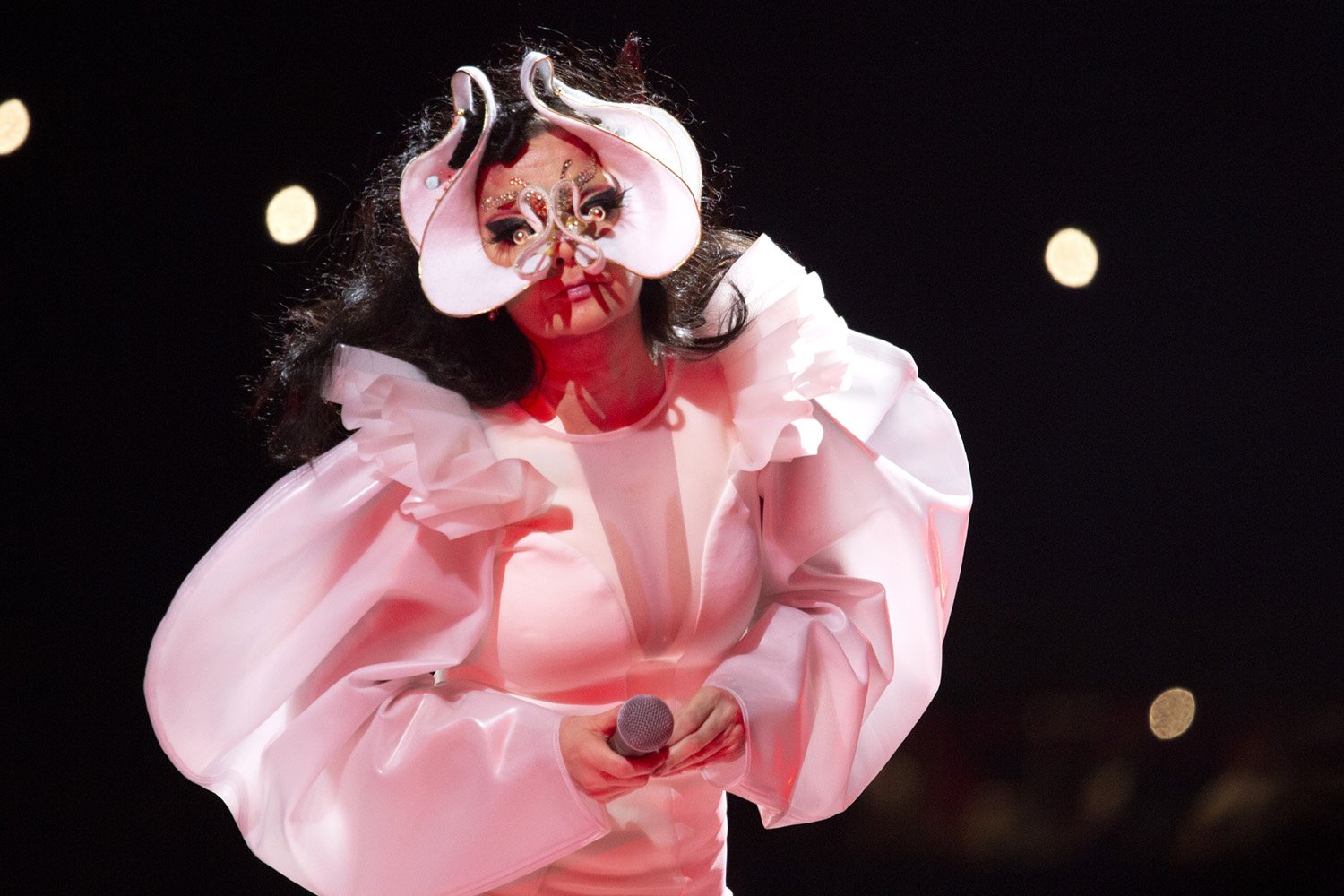 We saw the inaugural event for a brand new series in east London. Set within the vast green space of Victoria Park, All Points East was born.

Taking over from the regular summer scheduling we’ve seen in Victoria Park over the last decade, All Points East kicked off with a three-day music festival, followed by a community focused programme of midweek entertainment, and three huge ‘APE Presents’ headline shows, coming to a climax. On Bank Holiday Sunday 26th May; we went to check out what APE had to offer, headlined by none other than Icelandic queen Bjork!

Having been a seasoned Victoria park festival goer, I was keen to see how APE would approach it. Under new management and licensing, would it echo that of Field Day or Lovebox, rebranded and repackaged, or would we be introduced to a whole new level of event in a familiar space. Much to my surprise, it was the latter, and oh how well they pulled it off.

The organisation seemed slick and seemless, from the entry process to the security staff on hand. The sound was crisp and punchy and production wasn’t just reserved for the main East stage, or the headline act. The site was spread out nicely, offering up a different vibe at each of the stages, East, West, South and the peculiar shaped X stage – the clue is in the name.

The one thing that was clear even before arrival, was the cleverly curated lineup. Yes we have a true musical giant headlining the day, but the more underground, and perhaps less widely known artists left something to discover, which is something you generally don’t find on a smaller ‘local’ bill. 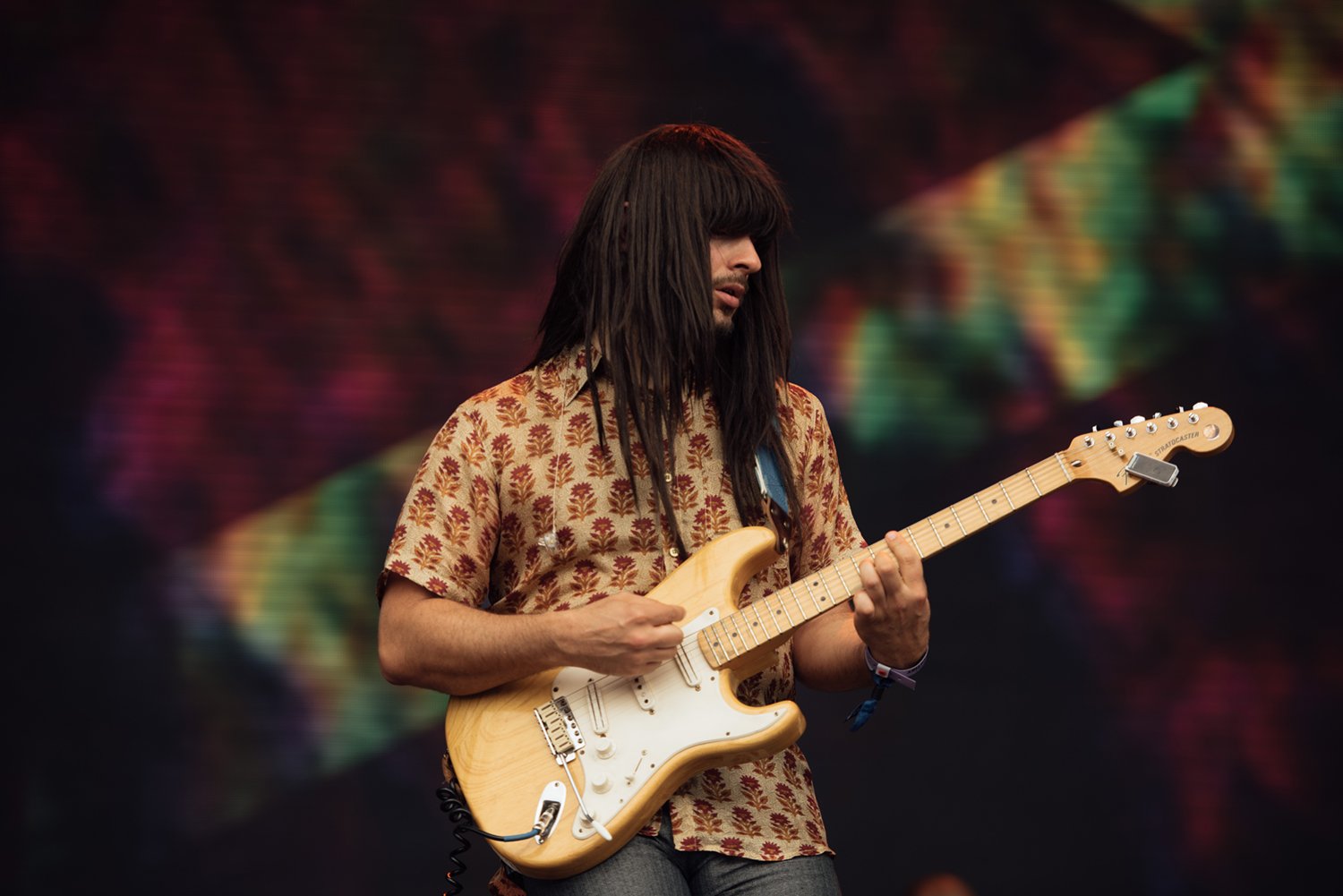 First up was the incredible Khruangbin – a Texan trio with an undeniable classic R&B soul sound, infused with psychedelia and dub. A true treat for the ears, and something that I shan’t be forgetting in a hurry. Styled out to the max, the three smashed out epic instrumental jams that seemed to go on for 10 minutes, occasionally dropping in classic riffs like ‘Kool and the Gang’s – Summer Madness’, among others. The sun was beating down and to start the day in this blissed out vibe, I knew it could only get better from there.

I was about to leave the East stage and see what else was on offer, when the next band, drew me in and kept me rooted to the spot. I am referring to of course, Mashrou’ Leila. Being completely wowed by the lead signers impeccable vocal stylings, and realising he was singing, in what sounded distinctly Arabic, I knew I had to wait and see how it unfolded. Quickly checking the lineup and doing a quick google search I discover that Mashrou’ Leila are a Lebanese based Indie band. With cool electro-pop influences, and that middle eastern sounding violin, coupled with the singers atmospheric melodies, you have a band that is hard to compare to anything else out there. 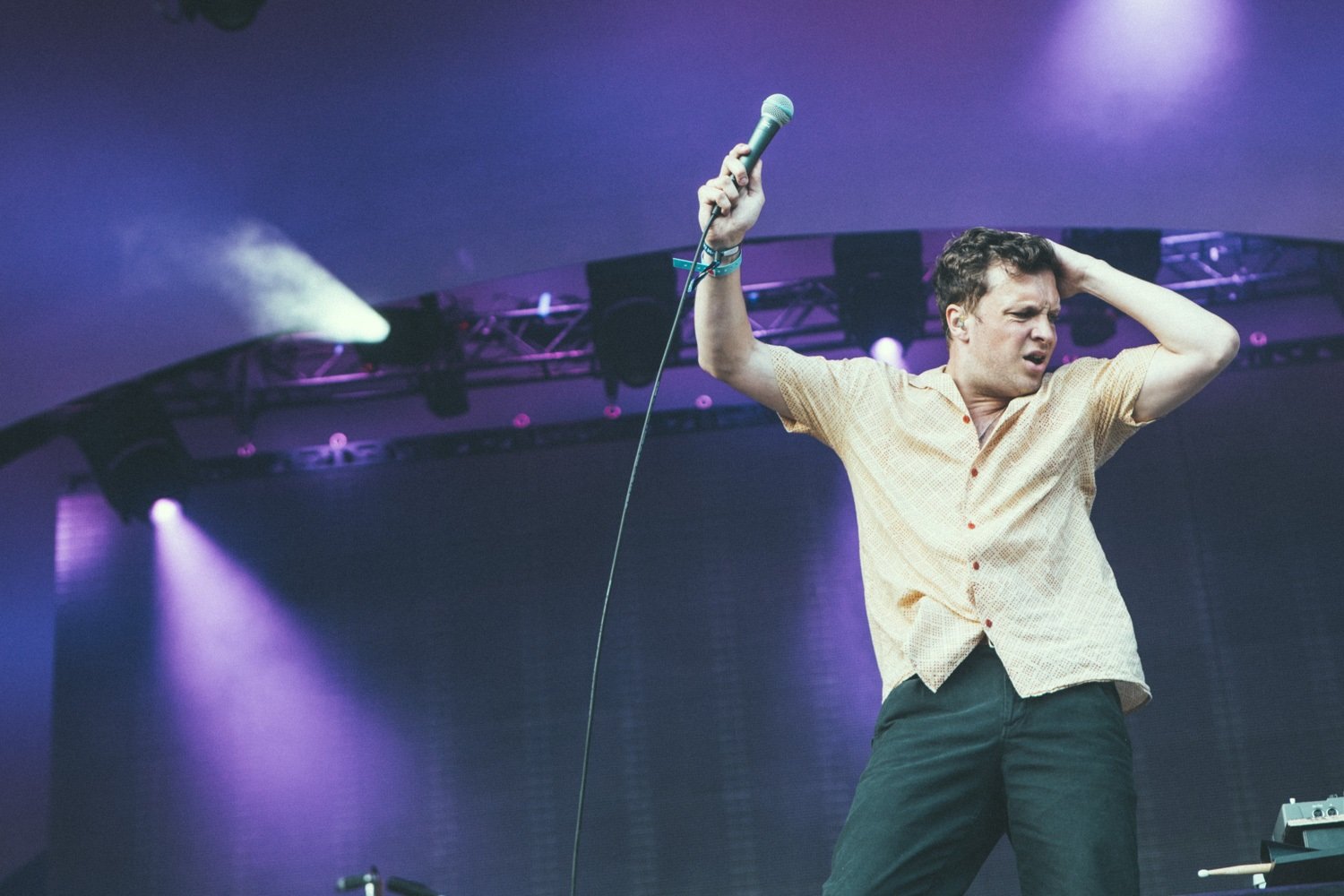 Moving over to the South Stage with a couple of top-knotch food truck pit-stops, Django Django have just graced the stage. The crowd jumping along gleefully to their ultra infectious indie rock, with new anthems like ‘Tic Tac Toe’ going down like old favourites. This swiftly and perfectly glides into Friendly Fires. Almost instantly I hear cries of ‘god I remember the last time I saw Friendly fires…’ amongst the crowd. Where did they go? I don’t care, because they’re back. And being one of the most underrated indie bands of the early naughties they’re still smashing it, and the lead singer is still dancing like a man possessed. The climax in a shower of confetti streamers for ‘Jump in the Pool’ which I hastily ran towards, and then consequently got tangled up in, like a multicoloured mummy!

The X Stage, a huge imposing X shaped structure, housing an elevated DJ booth and surrounded by branded LED screens, is currently playing host to none other than Black Madonna. I wasn’t sure at first how this stage would work, as during the day before the crowds descended, there was a lot of sound reflections bouncing around it. But now, filled with energetic dancers and the sun setting in the distance, Black Madonna is laying down some serious ggenre-spanning beats and it’s pretty perfect. reminiscent of Arcadia and their industrial stages that you dance within, the X stage brings a whole new level of production to an otherwise standard-looking festival.

Now, for the crowning glory, Bjork. For those coming to witness a festival-pleasing set of hits and anthems, you may have been disappointed. But for any just open to experience the artistry and spectacle that superstar Bjork is, you would’ve been rightly mesmerised. Although on a personal level I was a bit disheartened not to hear ‘Army of Me’, it was still an incredible and theatrical experience.

All Points East may have replaced some East London festival favourites, but it doesn’t mean we’re missing out, after a wonderfully successful debut, I’d be keen to see what they come up within 2019.

In this article:All Points East Festival