Sonisphere As A Brand Is Dead

Recently Sonisphere have announced that regrettably this year the Knebworth festival will not be going ahead, which would have seen it move into its fifth year of running. This has come after a couple of months of speculation as to whether or not the festival was going to go ahead, especially with the growing anxiety around the lack of announcements. The organisers at Kilimanjaro had the following to say:

“Team Sonisphere reluctantly confirm that Sonisphere will not take place in the UK in 2015. We’ve been working hard to get a line-up that we felt was good enough but also on a weekend which would avoid other events that we know rock fans would want to support. Unfortunately our last irons in the fire have just been extinguished and it’s clear that we won’t be in a position to run the event this year. We’ve said in the past that Sonisphere will only go ahead if we feel it is going to be good enough and that hasn’t changed. We hope all rock fans have a great summer with all the festivals and concerts already in the calendar and we plan to see you all in 2016.”

Part of me is encouraged that they’re planning on returning in 2016, but ultimately the brand that is Sonisphere has been tainted far too much. The festival hasn’t been around long, with the first, two day festival, happening in 2009, but between then and now they’ve had to cancel one festival and pre-emptively cancel two others. Questions are now going to be spinning around the general public’s head about whether or not Sonisphere as a brand and festival itself is trusting. Even next year, there’s always going to be an air of suspicion surrounding it, and people will question themselves whether or not there’s much point in booking time off work, and putting aside enough money to really take the festival seriously. 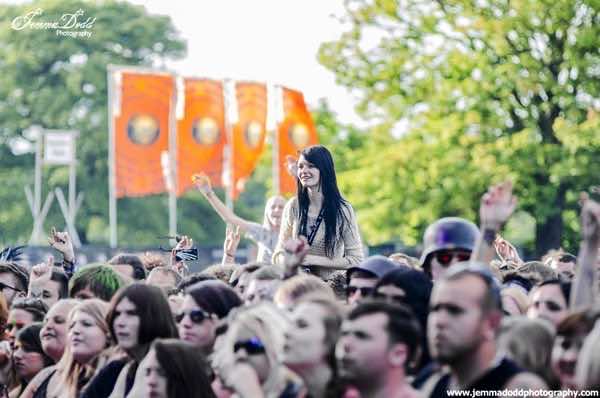 We’re very lucky in the UK, we are absolutely saturated in festivals, and ultimately, choices. For the likes of rock fans in particular you have Download who are as strong as ever, and the ever popular Reading and Leeds Festivals that you can still go to. As well as that though, we’re also absolutely teeming with smaller scaled festivals, the likes of Hit The Deck and Slam Dunk are the two smaller festivals that jump to mind, but you also have recently created festivals like Breakout Festival in Brighton which will keep you interested locally, so realistically there’s no real need to make an epic pilgrimage to a field in the midlands to see your most loved bands anymore.

Ultimately the saturation of festivals in the UK is why this market was always going to be incredibly tough to crack, and why Sonisphere as a brand and festival has found more success through the rest of Europe. Interestingly in 2011 Sonisphere started to encroach on the likes of Download and Reading and Leeds more and more, there were even talks on expanding the brand itself outside of Europe with the likes of South America and Asia as very real possibilities. Business is a cruel mistress at the end of the day, and we don’t know everything that happens behind the scenes, but we do know that it’s incredibly difficult to create a festival, let alone in a market such as Britain.

Sonisphere as a name, as a brand is dead. It’s too tainted now and whenever rock and metal fans see that name, they will reminisce on the great times they had at the festival; the festival itself, the diversity, the layout, everything, was one of the best I have seen, but there is always going to be that nagging doubt at the back of customers’ minds about what problems the festival will face next. If Kili were to return, but with a different name, a different brand, they’ll certainly find customers, and ultimately bands more likely to trust it more, as bands will think the exact same as customers. But it’s sad to say the name of Sonisphere is now poisonous, and attached to too many problems. Let’s hope the festival acts as the phoenix does, and from the ashes of Sonisphere a new and more powerful one will rise up and entertain us again.

He's right back at it again, doing what he loves and listening to incredible music.