If there’s one resolution I’m going to stick to this year, it’ll be the one I made about not spending so much money on clothes. The thing is, for once, the fashion industry was actually good to us last year. Although stupid trends inevitably did appear, most of them were shunned in favour of normcore (if you’re not familiar with normcore, it’s basically a trend that rejects the concept of trends… who said fashion isn’t deep and intellectual?). Fashion victims started going crazy for Adidas Stan Smiths and plain black tote bags, meanwhile the rest of us didn’t have to do any more shopping, and instead quietly rejoiced over the fact that our ‘basic’ wardrobes were now the height of fashion.

When I was asked to write this piece, it was immediately clear to me that most of the things on this list aren’t your typical ‘trendy’, faddy items – all are what many would consider wardrobe staples – but that’s the beauty of normcore. And long may it reign. Here are five trends I’d like to stay strong in 2015.

When everyone started wearing polo necks last year, my emotions were mixed. I’m one of those girls who dreams of living in Paris; in my fantasies, life would be all about reading books and smoking outside cafés in Montparnasse – my moody face partly concealed by a heavy fringe – and blowing my grocery budget on baguettes, red wine and Chanel No5. Unfortunately this is not my life, so I try to make up for it by dressing like the bookish Francophile I’ll never be.

Because they make me feel like Françoise Hardy, polo necks are plentiful in my wardrobe. Great news, then, that I didn’t have to buy any new jumpers to look cool in AW14? Well, I initially felt bad for the polo neck, in the same sort of way music snobs whinge about their favourite lo-fi surf-rock band ‘going mainstream’ – the high collar lost all its nerdy/arty/sexless undertones as soon as Kim Kardashian put one on, and that’s kind of sad. However, I am aware that this ‘trend’ works in my favour so I’m going to embrace it. Spend less on fashionable clothes; spend more on wine.

If you were playing a word-association game a few years ago and ‘Birkenstocks’ came up, chances are you’d put them in the same camp as ‘reiki’ and ‘wooden jewellery’: strictly for the, er, free thinkers amongst us. Birkenstocks were mocked by the fashion world until Phoebe Philo showed similarly ugly footwear on Céline’s SS13 catwalk – at which point the fashion world proved its own stupidity once again with a total volte-face, dubbing Birkenstocks the latest in desirable footwear. The high street took longer to catch on, meaning that Birks (and pool slides, à la SS12 Christopher Kane) didn’t blow up until summer 2014. I think these shoes have another summer’s worth of mileage in them before they’re relegated to the back of the wardrobe, so if you’re the kind of person who worries about trends then now is the time to think about ugly sandals. If you can’t fork out for your own, chances are your mum (or your slightly ‘alternative’ aunt) has a pair. 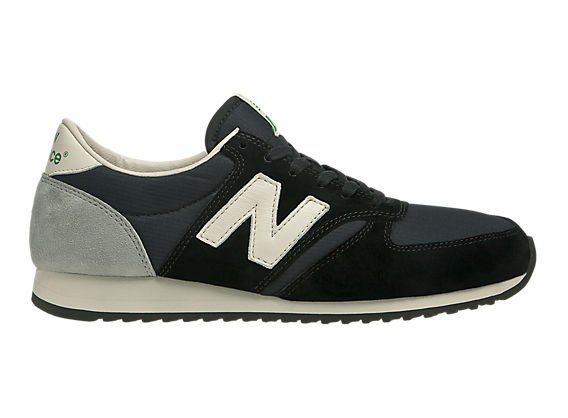 Although 2014 did put some questionable shoe styles on the radar (JuJu Jellies, anyone?) for the most part the year was kind to our feet; if espadrilles, ballet pumps or Nike pool slides weren’t for you, you probably invested in the trainer trend instead. Wearing gym shoes outside the gym is hardly a new concept, but the last 12 months have seen trainers become a viable option for upwardly mobile adults rather than just school kids, sporty types and smug fans of deep house. They’re hardly elegant, but trainers are comfortable and, depending on your brand and colour of choice, they can look chic. Here at Hit The Floor we love New Balance and Adidas, particularly Gazelles and the ever-ubiquitous Stan Smiths.

In theory, pulling on a dress for a night out is easy. In practice, some people feel really awkward in dresses and would prefer to wear separates. Finding a nice top to wear on a night out is much harder, it turns out, than finding a dress. If you’re sick of wearing the same two embellished camis that you’ve owned since 2010, it’s probably time to check out the off-shoulder tops (or ‘Bardot tops’, if you’re feeling fancy) that have begun to dominate the high street.

Bralette tops have become another key trend but some of them are so tight and stiff – if you’re the kind of girl who measures the success of a night out based upon the quality of her end-of-the-night kebab, you might find yourself walking home in a lot of discomfort (speaking from experience here, guys) – it’s not worth it. Who wants to voluntarily expose their stomach, anyway? Get a Bardot top instead and tease the boys with some sexy shoulder action. Ooh la la!

Duster coats are going on the list because I love them but have yet to buy one; I want this trend to continue so I have the chance to invest in a piece of it myself. Selfish, maybe, but can you blame me? Dusters provide everything you could want in coat: simple, boyish, roomy and bum-covering. And much less awkward to wear than capes. They’re also really lightweight – perfect for spring – so I imagine dusters are here to stay. If anyone could point me in the direction of a camel-hued number that doesn’t drown my diminutive 5”2 frame, I’d be eternally grateful.