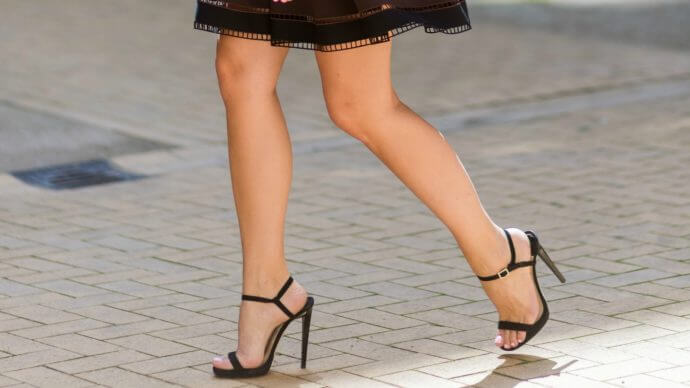 As I squirmed and tears came to my eyes, I tried not to move (or swear) as she pulled another strip from my nether regions. This is a scene from one of my many visits to my wax therapist for my monthly appointment, the Hollywood wax. After shaving for many years, this what my hatred of hair had come to, for 20 minutes of pain. I have 33 tattoos and intimate waxing is, by far, much more painful.

So I’m hair-free, but why do I do it? Because, like most women, I feel much more confident when I can raise my arms without thinking about it; I can wear a skirt at short notice; in the heat of the moment, I don’t have to worry about stubble. But ultimately, I hate body hair. There’s many reasons behind this, but I think like all of us I’ve been a little bit brainwashed when it comes to the power of smooth skin. You know those famous Venus adverts that state you could take over the world, marry Tom Hardy – achieve your wildest dreams, basically – if you buy their razors and shave every inch of your body. Is it false advertising? No, but its close. We’ve been told that a hairless body is beautiful and, whatever ways there are to achieve it, we must do it. But it hasn’t always been this way. Through the ages women have had a preoccupation with hair removal, but it didn’t use to be for the same reasons as today.

When did we become so obsessed with being hair free? When did women first discover the miracle – and misery – of hair removal?

It all started off in a faraway land… kidding. It started in Egypt, when women would remove all of their body hair – including that on their heads – either with pumice stones, beeswax or sugar-based wax. They also had tweezers made from seashells… I wonder if they were any less painful than the modern-day tweezer?!

In the Roman Empire, a lack of body hair was considered as a sign of high social class. Pubic hair was deemed uncivilised, hence why many statues and paintings of Grecian women are depicted hairless.

Later, Queen Elizabeth I removed all hair from her face, but not her body (I know right!?), and women all over followed suit by removing their eyebrow hair and hair on the forehead. They used bandages soaked in ammonia to remove the hair. I’ll let you guess which household pet they got it from…

Gillete created the first razor specifically for women, the Midlady de Colletiee, in 1915. In the 1940s, Remington released the first electric razor, which came about due to wartime shortage of nylon. More hair removal products hit the market as women were forced to go bare-legged more often, unable to get hold of tights as easily. My favourite DIY depilators, wax strips, made their debut in 1960.

Back in the day, women were very private about hair removal. Much like sex, it was a matter of discretion – interesting, no? Nowadays, we’re much more open to discussing our hair-free dilemmas. Maybe it’s because that every other advert we see is for hair removal products, or because the summer season is upon us, or because we all feel extremely pressured to look a certain way. Everyone has an opinion on body hair, the majority of men prefer hairless (apparently), and if female celebrities are photographed with the slightest bit of underarm hair it’s splashed over every gossip tabloid the following morning. It’s no wonder that we’re all a bit paranoid, even without the paparazzi folowing us around.

However, we now have body positivity movement showing us we can wear and treat our body however we like, and women are beginning to re-evaluate their relationship with body hair. There is more than one way to wear your hair, and if women don’t want to rip it out with hot wax or shave it off every night (because, come on, we all know shaving doesn’t work just once a week) then why should they? It’s time we saw body hair in the same way as the hair on our heads when it’s messy. A nuisance? Sometimes. But something to be ashamed of? No way.

After many visits to my wax therapist, I was able to save some money (and, so I thought, maybe a little bit of pain) when I trained as a Beauty Therapist and therefore could perform my own waxing. I was wrong, my friends. It’s a lot harder to pull your own strip, it turns out, so I suggest seeing a specialist for intimate waxing. And if you don’t want to feel your roots being pulled out of your skin, then let your hair down (sorry) and wear it however you like.