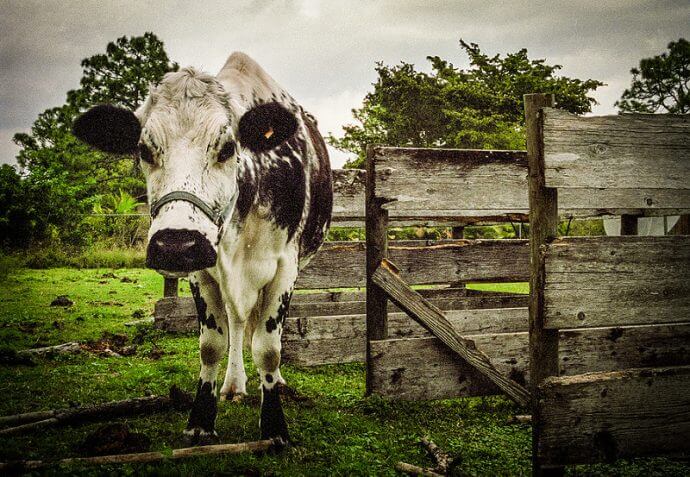 The official definition of feminism is “the advocacy of women’s rights on the ground of the equality of the sexes”; a feminist is someone who supports this. In simple terms, if you’re a feminist then you believe that women should be treated equally to men and in equality in general.

So you may be wondering, what’s wrong or “un-feminist” about eating dairy? Many amazing feminists who have made incredible changes for women have eaten dairy and meat; take the suffragettes, Maya Angelou, Betty Friedan or Malala Yousafzai for example. Emily Davison and most of the suffragettes were not exactly vegans, yet they massively helped get the vote for women and it’s possible that without them myself and other women would not be able to vote today. Infact, there aren’t actually many well-known vegan/non-dairy eating feminists out there and I’m struggling to see why…

Throughout history, women have constantly been raped, beaten and murdered because we have been objectified by men. Since biblical times there have been indescribable inequalities between men and women. Today, women are still objectified. Because I am a woman, I have a lesser chance than a male of getting into university and it is likely that in work, I will be paid less than my male co-workers, I have a 1 in 4 chance of being physically abused by a partner and a 1 in 5 chance of being sexually assaulted, with 11 rapes happening every hour in the UK alone. Child marriage, FGM, sex trafficking, domestic abuse and sexual assault are horrific things that happen every day all over the world, I feel strongly about these issues and will always fight for women’s rights. But where are the feminists standing up for the rights of animals too? In the meat and dairy industry, female animals are also constantly raped, beaten and murdered so why aren’t we standing up for these lives? We all share this earth, we are all living beings and I believe we should all live equally among each other. As a female, I feel that it is important to stand with other females, human or not.

In the meat and dairy industry, animals are completely objectified, animals are females and males too not just “its” and as feminists, should we really be consuming the bodies of other females and their milk, which is meant for their children? The theory of feminism bases itself around equality, surely animals should be included in this, we are all living beings who feel pain, feel love and have family and friends. Most, if not all, animals are affectionate and gentle beings. All you have to do is watch this video of a rescued cow with his caregivers to see how loving animals are.

Copious amounts of studies have shown that we do not need dairy to survive. We’re not cows, why would we biologically need cow’s milk to live? You’re not going to die of calcium deficiency if you don’t drink milk. Ironically, scientific studies have shown that milk could infact deplete the calcium from your bones and heavy dairy consumption could lead to diseases such as osteoporosis. World health statistics have shown that osteoporosis is most common in countries where dairy products are consumed in the largest quantities, the United States, Finland, Sweden and the United Kingdom.

“Consumption of dairy products, particularly at age 20 years, was associated with an increased risk of hip fracture in old age. (“Case-Control Study of Risk Factors for Hip Fractures in the Elderly”. American Journal of Epidemiology. Vol. 139, No. 5, 1994).

As well as this, the growth hormone, IGF-1, found in milk and milk products are linked to cancer, it also causes acne. At least two-thirds of cows’ milk in the UK is taken from pregnant cows at a time when the hormone content is substantial and milk, containing up to 400 million pus cells per litre, is legally allowed to be sold for human consumption.

Like all mammals, cows must give birth in order to make milk. In order to get milk from a female cow, she is forcefully artificially inseminated inside what the industry calls a “rape-rack”, a piece of equipment used to restrain and artificially inseminate dairy cows. While it may be difficult to comprehend that animals can be sexually abused and raped, it’s not likely that millions of female dairy cows every year exactly consent to being forcefully impregnated over and over again until they are so worn out that they are no longer of use to the dairy industry and are killed for meat. When she gives birth her calf is taken away from her sometimes within hours – 97% of newborn dairy calves are forcibly removed from their mothers within the first 12 hours.  Dairy cows are forced to produce 10 times more milk than they would produce in nature, because of this, they experience numerous health problems including, mastitis, a bacterial infection of the udders. This arduous cycle is repeated for 4 or 5 years until she is so exhausted and ill that she is killed and made into cheap meat, usually fast-food hamburgers. Also, keep in mind that healthy cows normally live up to twenty-five years, not five. As a friend to survivors of sexual abuse, I find it ludicrous to consume dairy which has come directly from a female who has gone through horrific prolonged sexual abuse. To consume dairy is to support this process.

As feminists why are we consuming products that have come from a female who has gone through so much unbelievable pain and torture just so we can enjoy the taste of cheese or chocolate?  We can easily substitute dairy for non-dairy plant-based equivalents such as almond milk, dairy-free butter, dark chocolate/dairy-free chocolate and dairy-free cheese as well as many other dairy-free “dairy” foods that are readily available in most supermarkets. You can even get dairy-free easter eggs and dairy-free wagon wheels.

Ultimately, I think it’s possible to technically be a feminist and eat dairy because there are thousands of feminists across the world who have made incredible changes for women and still eat dairy. If you’re a feminist by the official definition and believe that feminism is just about raising our status so that we are equal to men, as the official definition suggests, then I can understand why you would be confused as to how dairy consumption comes into it.

But to me, feminism is not only about elevating the status of women, but it is also about fighting for the rights of oppressed groups such as the LGBTQ+ community, people with disabilities and people of ethnic and racial minorities. Intersectional feminism should include all oppressed groups, including animals, who we share this earth with.

We now have the knowledge and the power to find out for ourselves what goes on in the meat and dairy industry and a few searches on the internet will give you real footage of where the food on your plate truly comes from and what the animals go through. Ignorance is becoming a poorer excuse with the internet and an increase in vegan/animal rights documentaries and books, we all have the ability to find out and educate ourselves about what is really going on.

As feminists we should not be supporting any oppression or violence be it to a human or animal, we are all living, sentient beings.

In this article:Dairy, feature, Vegan