Live Review: Circa Waves Remind Us Why Small Venues Are Superior 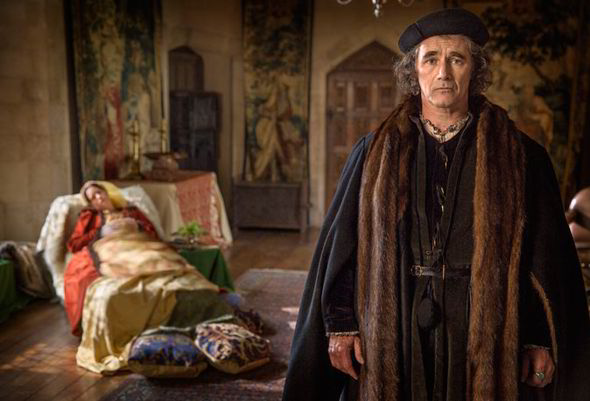 According to The Independent, BBC 2‘s newest historical drama, Wolf Hall, received the highest amount of viewers for its first episode in over a decade. The show, based off of the books, Wolf Hall and Bring Up the Bodies by Hillary Mantel, follows the rise to power of Thomas Cromwell, played by the talented Mark Rylance. The premier episode received rave reviews from critics, despite some viewers complaining about the lighting of the show.

With a roll of the eyes, I cannot help but disagree. I found that the atmospheric lighting adds a whole new layer to the experience. During 1530, the year that the first episode is set in, there was no such thing as electricity. Thomas Cromwell, Henry VIII, and Anne Boleyn all lived by candle light. Which means that it only makes historical sense that the main source of lighting is, you guessed it, candle light!

As a self confessed amateur historian, I am greatly pleased by the historical accuracy of Wolf Hall. I cannot express my constant discontent with various other Tudor centred dramas. Do not get me started on the film The Other Boleyn Girl or the over sexualised HBO series, The Tudors. While I understand that Henry VIII was known for his six wives and various amounts of mistresses, the over use of sex takes away from the major storyline. Wolf Hall is a pleasant change from the historical films and Television shows of late.

Damian Lewis is the perfect Henry VIII. Red hair, blue eyes and the athletic build that Henry VIII was known for, that is to say before he became the obese tyrant most people now would recognise him as. However, it is his acting that truly distinguishes him from other Henry VIII portrayals. While we only see The King in one scene, his imposing stature and powerful expression is enough.

The only fault that I can find within the first episode is the constant switching of time periods. While I know exactly who each character is and their importance, other viewers might find this slightly confusing. Who is Gardener? What is his position? I hope that the next episode is clearer on who all these characters are.

Episode two is aired at 9PM Wednesday on BBC 2.