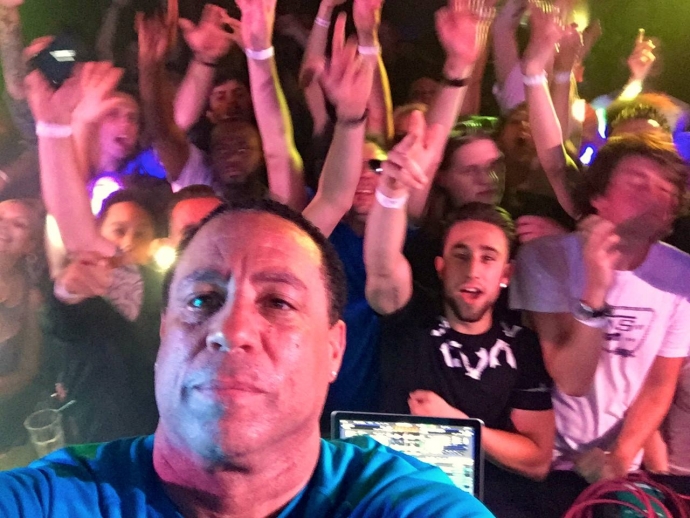 This writer has a lot of love for his hometown of Ramsgate. A quaint seaside town which has seen its fair share of ups and downs over the decades, but more so recently it has seen an incredible resurgence regarding creative arts, bohemian culture, and almost Mediterranean flair and flamboyance. It is an exciting time for this notable seaside town which is currently now one of the ‘trendiest places to live’, which one still finds highly amusing. However, there needs to be a major point of talk and emphasis on its main live music venue – Ramsgate Music Hall.

Having consistently supported them since the inception, it has been something of an incredibly heart-warming feeling seeing the steady progression of such a wonderful, grassroots, independent small venue get the true recognition they deserve. So much so that after playing a couple of times at this venue in the past two years, Bam from the Jungle Brothers moved from New York to Ramsgate that he loved it here so much! Hard to believe, right? But yes it is true. It’s damn true!

So with this in mind, we could possibly have the vital key for helping bring such esteemed hip-hop artists and DJs to such a diverse and eclectic music venue. But to be perfectly honest, one feels that hardly anyone was ready to discover that the one and only DJ Yella of N.W.A. was going to be playing down here as part of the DJ Legend Series. And my word what an evening it certainly was…

A beautiful August evening. 27-degree Celsius heat. A whole host of chilled, house party like vibes going on around the venue. It was quite simply the perfect place for a terrific showcase of proper West Coast hip-hop. Although if you happen to be a people watcher, you would be delved into a nostalgic visual treat of many people dressed up like the late, great Eazy-E. Who would have ever thought that Jheri curls would still be this popular in 2016? But regardless of feeling like you were going back in time to ‘the club’ somewhere in a run down South-Central town of sorts, this was a night for everyone to get their dance moves in motion.

While the warm-up DJ is playing some tunes which represented the East Coast, DJ Yella comes on around 9.45pm and arrives at much of a warm welcome. At this point, it still feels surreal that a member of N.W.A. is about to play this tiny little venue in a small seaside town. But for what it is worth, what followed is a solid showcase of G-Funk riddled hip-hop. While the set is predominantly of N.W.A. member related material, as well as some Snoop Dogg and other classic early 90s throwbacks, you cannot help but see the adoration and the glee on every single member of this audience’s faces. C-Walks and lowrider style vertical hand movements are rife, because everyone is soaking up the atmosphere to the extent where they feel like they are partying like its 1992. And that is most definitely a good thing!

While the only criticism that could only be said about this set is the lack of artists played within Yella’s DJ set – at times bordering on the line of repetitive, you can dismiss any notions of that by just feeling like you are part of a proper party. A DJ is there to make sure you have a great time, and that is exactly what DJ Yella has given every single person in this venue on this evening. Be it the low rumbling sounds of G-Funk to having Smirnoff vodka poured down your neck by Yella’s cousin – this is how a party should be! Besides, how often is it that you would get to see a DJ of his caliber playing somewhere like this? Not often at all. But let us all hope that there are plenty more of these incredible evenings to come at the most awesome Ramsgate Music Hall!