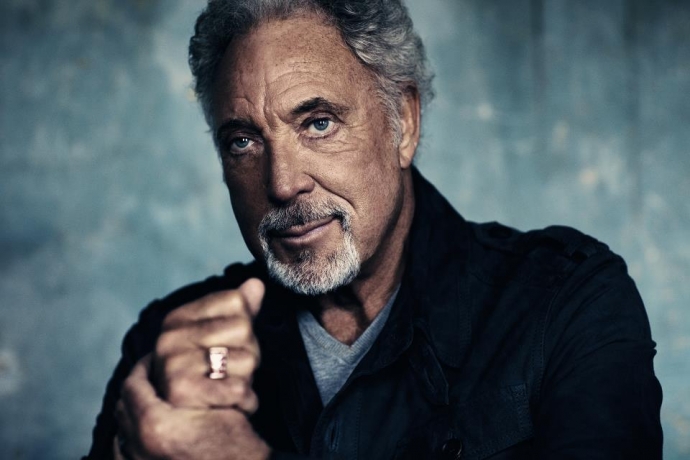 Welsh legend Sir Tom Jones performed at Larmer Tree Festival in Dorset for the second year in the row.

The singer opened his strong two-hour set with ‘Burning Hell’, taken from his 2010 album ‘Praise and Blame’. While it may not have been a popular opening choice, the bluesy track quickly captivated the crowd, before he went into the familiar and rocky ‘Mama Told Me Not To Come’.

The set list mixed his newer material with his older classics, including the infectious ‘Delilah’ and the upbeat ‘Not Unusual’, which got the mixed age crowd singing along. His groovy versions of ‘Sex Bomb’, ‘Kiss’ and ‘Leave Your Hat On’ got everyone excited and even led to a few pairs of knickers being thrown on stage! We loved the mix of styles including country, blues and rock, although some of his slower and less popular tracks may have lagged at times, but no one could fault his impressive cover of Leonard Cohen’s ‘Tower Of Love’.

Admittedly, there could have been more interaction with the crowd, but Jones’ popular ‘Oh Yeah’ catchphrase used on the TV talent show The Voice was mentioned several times throughout the evening…too many times in fact, that we lost count!

Luckily the rain stayed away and it was an enjoyable evening with Jones accompanied by an incredibly tight band. Even at 75, Sir Tom Jones proved that he is one of the greatest powerhouse vocals around.