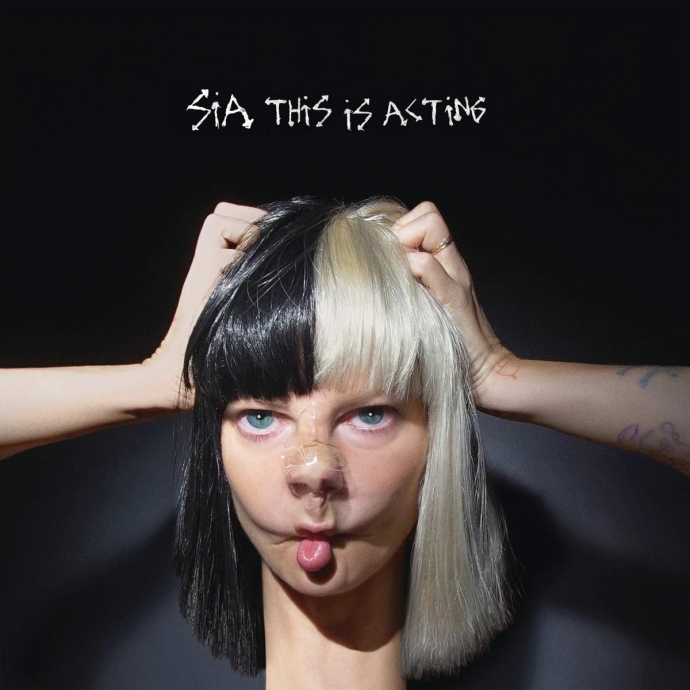 It’s no secret that Sia has been the songwriting power behind a huge number of pop hits in the past – from the likes of Rihanna’s ‘Diamonds’ to Rita Ora’s ‘Radioactive’. We live in a world where acts can release hit after hit without ever actually putting pen to paper themselves and it’s people like Sia who help make it happen.

This Is Acting is a collection of songs written by Sia with various stars in mind, but have since been rejected. In an interview with Stereogum last year, she explained the album’s title: “I was writing for other people, so I didn’t go in thinking ‘this is something I would say’. It’s more like play-acting. It’s fun.” This is the Sia’s seventh album, following on from 2014’s 1000 Forms of Fear. This was an extremely personal record whereas the material on This Is Acting has been written with a very different purpose in mind – chart success.

The result of combining these ‘off-cuts’ into one collection is an album of varying genres. Opening tracks ‘Bird Set Free’ and ‘Alive’ are huge, in-your-face pop songs that make you sit up and listen. It’s easy to hear why these were written with Adele in mind, however the distinctive breaks and almighty pitch in Sia’s vocals suit the tunes perfectly.

‘Cheap Thrills’ is a captivating party tune with subtle reggae vibes. There’s no prizes for guessing that this and the equally upbeat ‘Reaper’ were originally meant for Rihanna. It’s easy to see now that these songs don’t fit with the direction she has taken with new album ANTI, so it’s a good job they suit Sia effortlessly.

‘One Million Bullets’ is the only song on the album not originally written for another artist and its dream-like pianos and emotional tone reflects this. Every other song on the record could easily be a hit in its own right and makes for quite a fun game of “who was this song meant for?” Could the fast paced, tambourine filled ‘Sweet Design’ be a discarded Beyonce hit? Was the empowering ‘Unstoppable’ originally destined for Demi Lovato? Maybe we’ll never know.

Even though the songs on this album were penned for mass appeal, there is a surprising lack of generic sounds and each song brings its own exciting elements. Knowing these songs were meant for other artists is quite distracting at first, but once you get past this you can appreciate the songs’ individual qualities for what they are. In the end, it doesn’t really matter who they were meant for originally because Sia’s exceptional voice and writing ability creates an impressive body of work that’s a must listen.