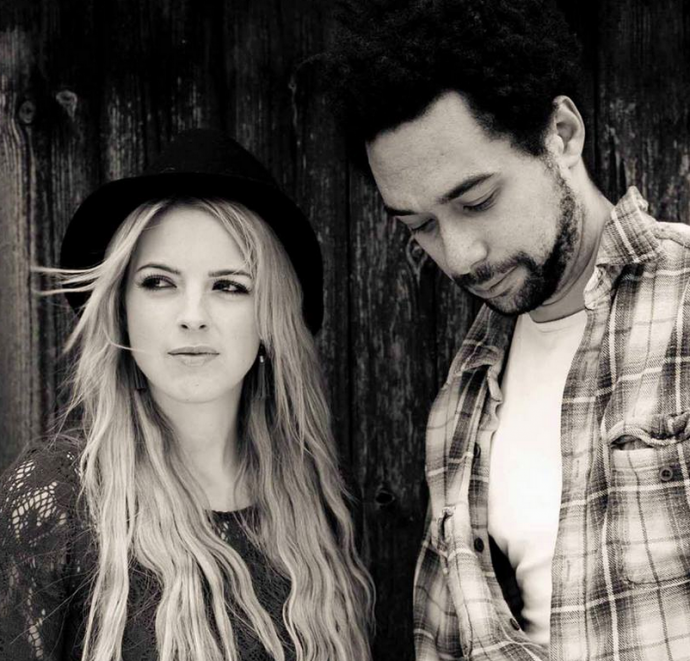 The country duo consisting of Crissie Rhodes and Ben Earle have been making a name for themselves after successfully becoming the first UK country band to get a top 10 with their debut album ‘Brave’ earlier this year, as well as being the first British country act to sign to a major Nashville label.

Supported by a backing band, they performed a range of tracks from their debut album including the upbeat ‘Nashville Grey Skies’, the catchy ‘Tonight’ and the playful ‘Friday night’. They slowed the pace down with the more stripped back ‘Brave’, as well as the emotional ‘I Just Wanna Love You’, which they admit they’re thrilled to hear has been a popular wedding song choice. There was great chemistry and flawless harmonies between the two throughout, with their British roots still strongly evident, something that’s later reinforced by their track ‘Made In England’.

The duo have also put their own country folk spin on a few pop songs, as seen via their YouTube channel and their set included a few covers too. This included Fleetwood Mac’s ‘Dreams’ and Nashville TV show favourite ‘I Ain’t Leaving Without Your Love’, before closing with Dolly Parton and Kenny Rodgers’ ‘Islands in the Stream’, which had everyone singing along.

Overall, it was a great set from the country duo. Everyone seemed to enjoy their own material just as much as their covers, with them captivating the audience throughout and gearing us all up for Sir Tom Jones.

The Shires are certainly ones to keep your eye on; if you get the chance to see them live we definitely recommend it!

In this article:Larmer Tree Festival, The Shires