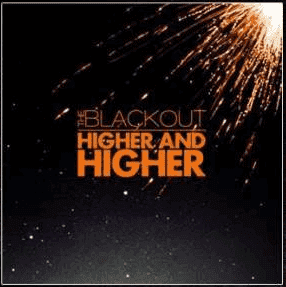 ‘Higher and Higher’ is the new single from the Blackout’s forthcoming album ‘Hope’. I was a bit anxious at first with a slight lack of interest for The Blackout, however hearing this track has certainly lifted my expectations and opinion of them. I used to find them samey and a bit whiney, but their new track has a fresh lease of life. It’s energetic, fun, and most of all – something you can sing along to at the top of your voice!

The catchy riffs starts right from the beginning, and I felt my foot tapping and head nodding to the beat from the word go. I can only think that this song played live would send the crowd crazy and get a real party atmosphere going. The chorus definitely stands out and stuck in my head from the moment I heard it. So much so, I’ve since found myself playing the song over and over in my head.

The track also features hip-hopper Hyro da Hero, following the current trend of rock/rap music collaborations. This should hopefully attract a whole new array of fans for the band.

Although a bit more generic than their older material, it works really well and I can see future hits being just as good.

In this article:the blackout