Anyone who is conscious of the illustrious rap collective Odd Future (OF) should be familiar with their sub-collective MellowHype, and if you are, I’ma tell you about them anyway. They consist of OF rappers/producers Hodgy Beats and Left Brain. They have had several successful projects together, and have always made a point of collaborating a lot with another OF rapper Domo Genesis, and when they have it has always sounded sick. So that is basically where MellowHigh have developed from.

Three years ago on Halloween MellowHype’s album ‘BLACKENDWHITE’ was introduced on Tumblr; “This Album Is Packed With Gun Sounds, Grams OF Coke And Dead Cops. The Perfect Soundtrack For Mobbing On A Dark Halloween Night.” Now this Halloween I think Hodgy and Left Brain have stayed inside, smoked a lot of weed, put 90’s rapper costumes on and invited their friend Domo along to create something a bit different.

A lot of OF have changed since the early days of their group. Domo has defiantly sharpened his focus since his early days as OF’s jovial, lackadaisical stoner, and recent releasesÃ¢â‚¬”particularly Earl’s ‘Doris’ have seen him staking out a role as the group’s go-to guy for accomplished, rapidly delivered verses. Hodgy, too, has matured as a rapper, playing with more complex rhyme schemes and growing more comfortable on Left Brain’s increasingly challenging production. This means that their self-titled debut album should be competent and well-mastered but it also means that they have lost their unpredictability which made so many of their early releases so compelling. The first track ‘Goon’n’ does it’s best to replicate A$AP Mob’s homages to Southern double-time flows carried by ominous keyboard music. However, it just seems that they are trying to ride the wave of popular trends rather than truly challenging themselves. Especially as in my opinion, they have already run rings around these newer acts. On ‘Air’ Left Brain experiments a little bit more with his production with the rattling percussion, not a bad track but Jasper’s dull rambling just makes it sound a bit too amateur.

However, you get a glimpse of the sorta’ thing which is a bit closer to what they should be doing on ‘Yu’. It’s a prickly G-funk foray with a beat full of minimal piano stabs, and Domo and Hodgy attempt (and pull off) some cool and catchy hooks. A bit more like it.

The album is starting to gain a bit of momentum now and it doesn’t stop on ‘Extinguisher’ which is one of the first times I’ve heard any of them, in fact any of OF, create some real, boom-bap which is making a resurgence in popular hip-hop at the moment. Some properly sharp punchlines as well; “Bitch, I’m batting like I’m on PED’s, Niggas woof then switch their words like Baby Boy on BET.” Unfortunately, ‘Nobody’ puts a stop to that momentum. It’s a fairly weak track, again it’s not that their making bad music but it sounds like 50 other Left Brain produced tracks. From such talented artists you just want to hear something just a bit more, a bit more challenging. ‘Self Titled’ has trace of ingenuity with its simplistic trap rhythms, and which for me is just more of the drowsy, staccato synths. ‘Troublesome’ and ‘Get’n Drunk’ are just some more skippable drones. ‘Roofless’ sounds like a bit of a weak try at reviving the spirit of crunk architect Lil’ Jon, perhaps the greatest indicator of inspiration gone awry.

When journeyman stoner rappers Curren$y and Smoke DZA stop by for a joint torch-passing moment on ‘HighLife’, they seem a bit like ghosts of rap careers yet to come, reminders that there’s a safe, well-established lane for lyrically proficient dudes who like talking about weed and are willing to tour a lot. Not a bad listen, does what it says on the tin. Now ‘Cold World’ is a lyrical bombardment from rappers like Earl and Remy Banks. Again with its well designed hooks it brings the track together a lot more and makes it sound a lot better. Great rap track. The debt to 90’s influences is clearÃ¢â‚¬”the entertaining castoff ‘Cigarillo’ explicitly suggests; “we should do that Master P shit, where he does all those conversations on at the same time,”Ã¢â‚¬”but the net is wide, and familiar echoes of East Coast lyricists or groups like Tha Dogg Pound and Three 6 Mafia interact in unexpected ways with Left Brain’s consistently abrasive production. The ‘Remix’ of ‘Yu’ closes the album which includes a brief but outstanding verse from OF’s de-facto leader, Tyler, the Creator.

Now it’s hard for me to make my mind up on MellowHigh and I don’t think I have yet. They are three extremely talented musicians, and do what each of them do very well. However, we have heard to much of the drowsy, drone music which seems to appear to much on this album. None is arguing with the fact they mostly rap and base their lyrics on smoking weed, because at the end of the day it’s why you would listen to them. But they should challenge themselves a lot more, and when they do they make some unbelievable hip-hop, ‘Yu’ and ‘Extinguisher’ are just two great examples of this. Now it would be easy to finish this review and to say, ‘great potential, just needs some work’. But they have been around for over 6 years now, they have the ability and everyone knows this. So just PLEASE, for us hip-hop fans, live up to this potential. 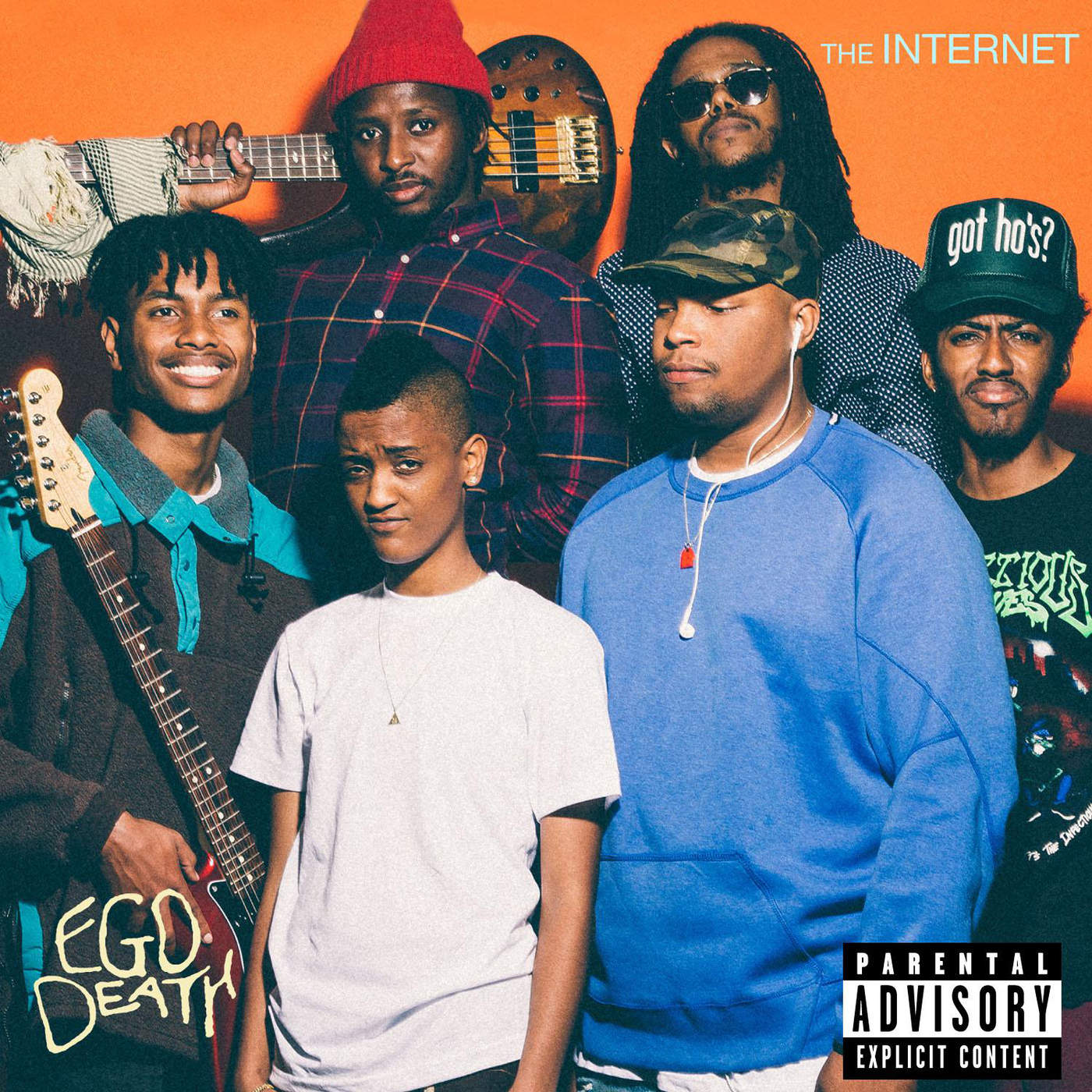 The Internet transcend to greater heights with their brilliant sophomore album 'Ego Death'. 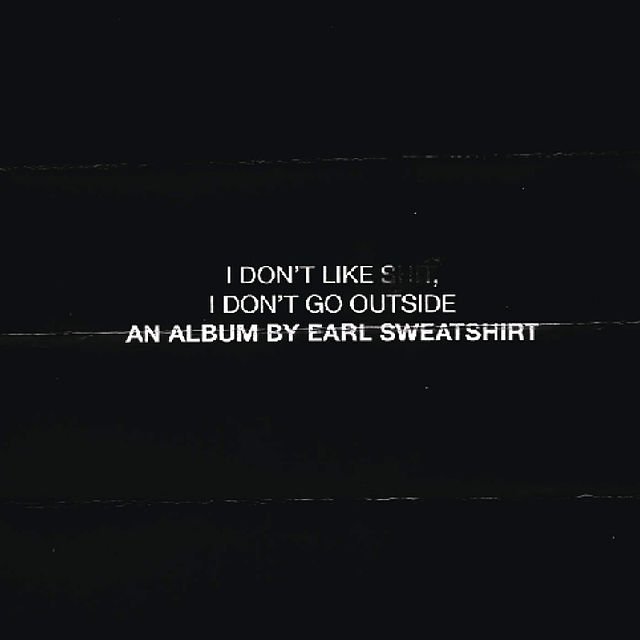 Earl Sweatshirt – I Don’t Like Shit, I Don’t Go Outside | Album Review

We check out what Odd Future native Earl Sweatshirt has to offer on his second studio album, 'I Don't Like Shit, I Don't Go...

I Went To The Red Bull Culture Clash – It Was Insane! | Feature

So basically Red Bull Culture Clash was one of the best events this year, find why out here!