“Sun, Sea and Shitty Pants”
If you’ve ever been to Ibiza before, chances are you’ve fallen in love. There really is something for everyone, from the serene couple looking to explore the quaint villages, to the riotous street brawler looking to get his end away down in San Antonio. I visited last year with some friends that enlightened me to the VIP side of things…private parties and guest lists to the clubs, which was by no means unappreciated, but where I really longed to be was jumping on the dance floors, throwing shapes, reaching for the lasers and sweating like a nun in a field of cucumbers. This year, I made sure that happened.
Monday – A State Of Trance at Privilege Nightclub
Privilege was number one on my list of places to visit. With a 10,000 capacity it is the world’s largest nightclub. Add in the world’s biggest trance event (A State Of Trance) and you really have something special.

The line-up was perfect for vocal trance fans. Ruben de Ronde, Cosmic Gate, Dash Berlin and the almighty world’s number one (DJ Mag) DJ, Armin Van Buuren. We arrived just in time to catch Dash Berlin, at about 1am.

Upon entering the club for the first time, we were literally speechless. The layout was well thought out, so everyone could see the stage. Down the sides of the club and surrounding the DJ box itself, were colossal high definition screens with bespoke visuals that created a well thought-out, aesthetic creation of wonders. I felt like I was part of a well-oiled machine, carefully constructed to accommodate the desires of 10,000 like-minded clubbers.

Dash Berlin himself was incredible, doing more than just mixing the tunes, but creating a visual performance that got the crowd moving, running across the stage and jumping on top of the DJ box, flaying hands from side to side.

Lasers beamed in mesmerizing patterns from all corners of the club, creating visually stunning effects that kept the crowd buzzing. Accompanied with the on-screen visuals, dancers suspended from the ceiling and an ice cannon that filled the 70,000 square feet room in seconds, this experience was truly like something I’ve never felt before, a feeling of unmatched euphoria that coursed through my veins.

Armin Van Buuren’s set was infallible. Amazing tracks perfectly mixed in a blend of musical ecstasy saw an effortless performance that peaked when Tiesto’s remix of Adagio for Strings dropped. I never wanted to leave!
Tuesday – Carl Cox – The Party Unites: Week 11 at Space
Carl Cox is without question a pioneer of Ibiza’s night-life. At 51 years old, he continues to go from strength to strength, running one of the most popular nights on the island.

The main reason I was there was for Seth Troxler. With today’s integrated controllers, laptops, CDJs and iPads, it’s easy to lose focus on the music and become consumed by effects. I think Seth’s choice to move to vinyl was a great one and his set reflected that perfectly. While the beat-matching wasn’t exactly spot on, the tunes were incredible and we were taking on a musical journey of bliss.

Walk into the terrace room and we were in for an unexpected surprise. Carl Cox going back-to-back with Nic Fanciulli! You can see why Space is consistently awarded as a club. The visuals, light display and a raving robot made for a night unlike any other on the island.

Wednesday – Ibiza Rocks! Closing Party
The mid-week party with live performances from Jagwar Ma and Foals was a welcome break from dance music. Ibiza Rocks is a hotel in San Antonio town, on the way to Cafe Mambo. The layout of the hotel is structured to provide a stage and dance floor in the middle. This allowed hotel guests to watch the performances from their hotel balconies.

Jagwar Ma looked like they’d just walked out of school and were on their first beers, but they put on a brilliant show. Foals were a little more seasoned and took the stage by storm, climbing onto balconies and jumping off speakers, playing hits both old and new. 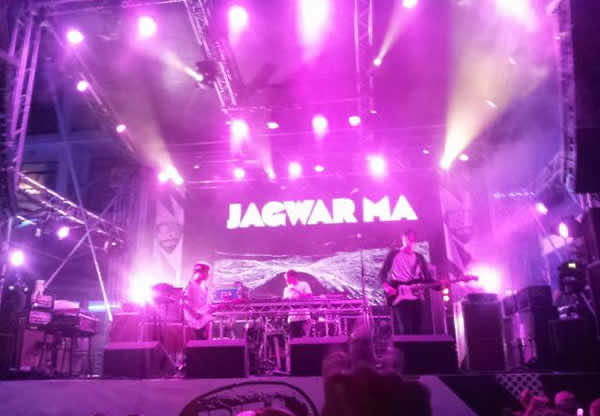 The official after party was in Es Paradis. It wasn’t that busy, and drinks were £18. I’ve been to Es Paradis before, and it was a lot nicer then. I wasn’t so impressed this time. In hindsight, I’d have gone to the Ibiza Rocks bar instead, or into San Antonio town.

Thursday – Cream Closing Party at Amnesia
My 5th, yes 5th night in a row (we went out in the San Antonio town on the Sunday!) and I’m running on fumes, but how could we turn down the closing party for Cream at Amnesia?!

I’d not been to Amnesia before. It was very different from the other clubs, and felt a bit dated. Being the closing party, it was absolutely packed. We could barely move in the main room with Paul van Dyk, Eddie Halliwell, Aly & Fila and Ben Gold, so we headed towards the Mixmag Terrace. 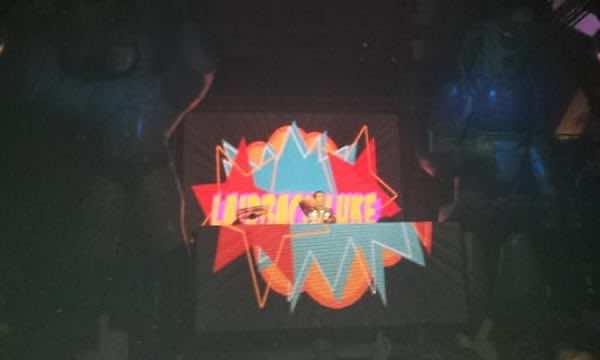 The line-up here was Laidback Luke, Benny Benassi, D.O.D and Sean Hughes. We got there just in time for Laidback Luke, and I was struggling to keep going (after so many nights in a row). I’ve not seen Laidback Luke play before, but I’m glad I did. Even with the repetitive nature of EDM music, I managed to have a great time. He turned up in a transformer costume and between mixes used the opportunity to hype the crowd. Foam hands were given to everyone and this created a unique atmosphere on the dance-floor.

Benny Benassi came on. While it was still EDM music, Benny Benassi’s set was slightly more repetitive than Laidback Luke, and to be honest I found it a little monotonous. It seemed to be an endless cycle of “BOOM BOOM BOOM, PAUSE, DROP, ICE CANNON” which even the most intoxicated punter must find a bit boring!

Friday – The West End (San Antonio Town)
There’s a reason I chose to leave the west end until the final day. It’s one long strip of endless tacky bars with promoters outside every one, pouncing on you with cheap drinks offers that consisted of the most horrendous spirits, blended with the worst mixers. Sobriety in the west end is not an option, and the likelihood of you finding yourself waking up in either a side-alley or a scantily-clad random person’s bed is very high.

I’m keeping my review of the Friday short, because it’s impossible to maintain a memory of longer than the first bar. If you go out in the west end you will get drunk, you will not remember it and you will wake up the next day with a face like a bag of smashed crabs.

Ibiza, see you next year!
Ibiza is an island that doesn’t sleep, with music at the core. It’s unique, it’s euphoric, it’s a place like no other. If you haven’t been already, get out there next year and fall in love with the place. Whatever your preference in music, there’s something for everyone.
In this article:Amnesia, Armin van Buuren, Benny Benassi, Carl Cox, Foals, Ibiza, Ibiza Rocks, Jagwar Ma, laidback luke, Seth Troxler