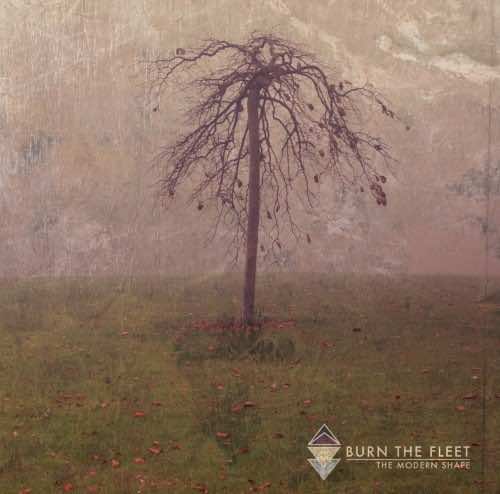 Burn The Fleet have been floating around the scene for a few years now, touring across the country and producing an EP, but ‘The Modern Shape’ marks the debut full length release from the Southampton-based band. And my, what a first album it is. The whole thing is confident, accomplished and polished.

The band have been constantly compared to Alexisonfire and Thrice (the band are named after a Thrice song after all). Those are hefty comparisons, and for most bands impossible to live up to. Their force and dynamics are much like Alexisonfire and their raw emotion and blatant talent are like Thrice.

Album opener ‘In This Hole Lives The Wicked King’ is the perfect interlude to pull every ounce of your attention through to the bulk of the album. A little over two minutes in length the overlapping melodic vocals build to create beautiful harmonies creating a warm hearted feeling.

Every track packs a punch in different varieties, and with every track the instruments crash down onto your ears with maximum intensity. The catchy lyrics are consistent throughout – most noticeably in tracks such as ‘Sick Sisters’ – and you get every penny’s worth of aggression belted through in tracks such as ‘Black Holes’.

Most of us will listen to an album and find one or two songs we’d usually skip past for some reason. But this album doesn’t have that lull or that moment of boredom. The whole album is full of excitement. Burn The Fleet have the world at their feet and the sky’s truly the limit for them at the moment. But they’ve set the bar very high with this release, so let’s hope they can maintain this momentum throughout.

In this article:Burn The Fleet