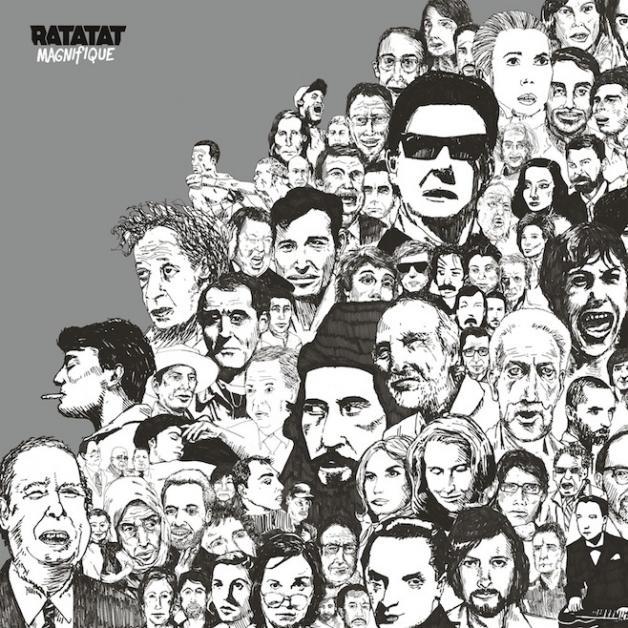 Ratatat have been making music for over a decade now, creating idiosyncratic Electro-Rock with tight grooves, smooth guitar leads and lush keyboards. They often sound like Brian May soloing over the top of a video-game drum beat. This formula has remained pretty much unchanging throughout their entire career, and Magnifique — Ratatat’s first album in five years — is remarkably no different.

There’s something somewhat disappointing about a comeback album (if you can call it that?) that features little-to-no development from the artists involved; with that being said it’s a miracle that Magnifique genuinely sounds like this French duo are still doing exactly what they want to artistically. The only notable change sonically on Magnifique compared to LP 4 is that they’ve abandoned the darker atmosphere from their music, yet the album still sounds inspired, like they themselves don’t think they’ve run out of ideas from this well and they should and will keep pulling from it.

Along with the darkness leaving, a lot of the ferocity has left as well. A lot of the songs on this album lean heavier on the poppier, more nostalgic 70s-esque grooves from genres like Disco and Pomp-Rock. This leaves room for intricacy in their arrangements despite the fact that they utilise repetitive guitar lines that loop over and over. These two are extremely talented musicians and they’re well-seasoned at what they do at this point so it should come as no shock that Mike Stroud‘s actual guitar work is fantastic; especially with the way that the bass and guitar is often woven around each other. Evan Mast‘s production is extremely on point as well with the electronic dabblings rarely overpowering the intricate compositions of the tracks and the instruments themselves sound crisp and tantalising. The title track on this album finds the intrigue coming from the way that these two work around each other with the bass playing alongside the beach swept guitars and sombre keys. The track Abrasive is very much the opposite of what the title suggests with the song essentially being a 4 minute pop binge out with a melody that is repeated multiple times throughout the track in various different manners, whether it be with synths, distorted guitars or a lo-key bass line.

Nobody is doubting the talent of these two producers and if this had been one of their earlier albums over five years ago, it wouldn’t be a pinnacle point to the discography but it would stand out a lot more. Especially as there are moments on this album that sound similar to Daft Punk‘s Human After All – another dated reference. As Magnifique stands at 14 tracks long, with not much room for growth in their sound — other than a few slight experimental moments showing up every now and again like the steel guitar on Supreme which doesn’t stand out as something ground-breaking for them — it’s just another decent album that Ratatat have put out. From a long time fan’s point of view this may satisfy a yearning for new material for a while at least, but for someone who hasn’t listened to Ratatat before, they may find very little to hold onto. Ratatat are an extremely talented duo definitely worth checking out including this album, but there’s an overwhelming feeling that this duo could push their sound into deeper and more interesting territories.

Advertisement. Scroll to continue reading.
In this article:Magnifique, Ratatat