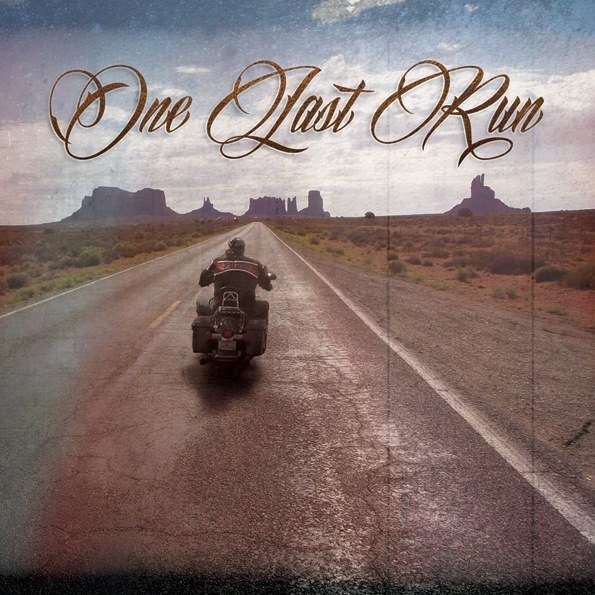 One Last Run fulfil the ‘classic rock’ quota to a T: Epic vocals? Check. Crazy guitar riffs? Check. Plenty of fist-in-the-air moments? Check. They’ve ticked every box but, with just a self-titled five-song EP to their name, is that going to be enough to get them noticed?

The lungs on vocalist Becky Roberts are something to be reckoned with, to say the least. Her voice is overwhelming and could undoubtedly fill the biggest venues this country has to offer, reminding us of Halestorm front woman Lzzy Hale – a comparison that is certainly nothing to be ashamed of. For those who say there isn’t a market for female-fronted classic rock, one needs to only listen to vocalists such as these to be proved wrong.

‘Close My Eyes’ gives us a riff-heavy opening that settles One Last Run firmly within the classic hard-rock genre before moving onto the more mellow introduction of ‘Breathe’. This song has the makings of a perfect Bon Jovi-type ‘80s power ballad, with some serious singing-into-your-hairbrush, head-banging-around-your-bedroom potential (who doesn’t love a power ballad, let’s be honest?!). ‘House of Cards’ is another track that has that classic ‘80s rock feel and, while we love the ‘80s as much as anyone, it does make them sound like typical pub rock. While there are some impressive guitar solos and the vocals carry on as strong as ever, it’s a sound that’s kind of been… done. The dark, sensual tone of songs ‘8 Letter Phrase’ and ‘Bring on the Pain’ suggest that perhaps they’re not the family-friendly pub band we first assumed, but it’s still not enough to pull them away from this sound entirely.

Everyone loves a real meaty sing-a-long song, and if that’s what you want then look no further because this EP has them in spades. However, releasing a debut that could feature on the soundtrack to nostalgic jukebox musical Rock of Ages probably won’t earn this band the title of ‘next big thing’.

In this article:Bon Jovi, Classic Rock, Halestorm, One Last Run