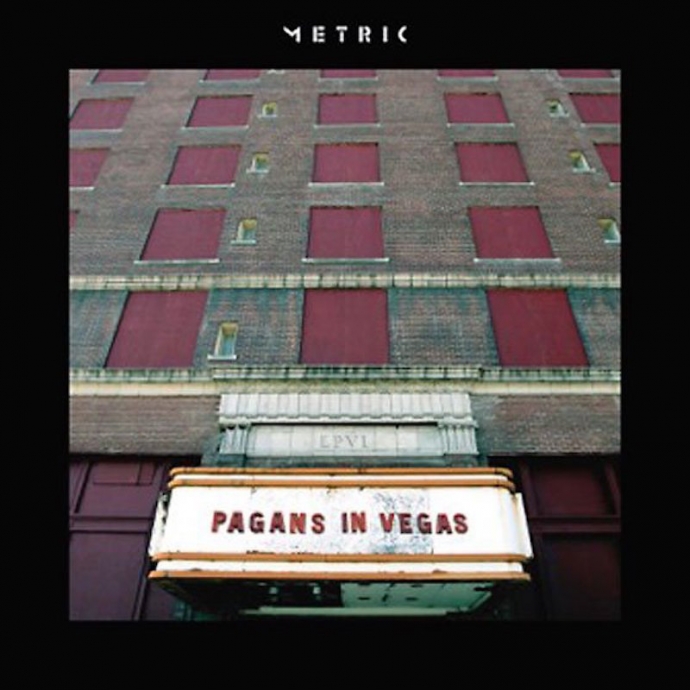 Canadian quartet Metric have been surfacing under the radar for over a decade creating numerous albums that are always critically well received but without ever bursting the commercial bubble of their home country. They abandoned their indie guitar edge in exchange for writing brilliant electronic-pop a long time before Chrvches and La Roux came to steal their thunder. Can their sixth studio album Pagans In Vegas take back the crown?

Emily Haines‘ vocals are always warmly appreciated with every new Metric release.  She has a defining voice that gives the band their own identity in a very saturated genre. This is also the only identifying feature that the band possess as like so many artists who have followed, they all seem to have been brought up on the same records – basically British new wave -1982-1988. Each track resembles either Depeche Mode or New Order and at times late 00’s Goldfrapp. Obviously it isn’t exactly easy to create completely original content and out of a myriad of similar acts Metric do always offer a high level of quality. They have a knack of creating a string of non-irritating pop tracks as well as some more thoughtful musical landscapes. Their first single off the album ‘The Shade‘ and the impressive ‘For Kicks‘ are proof of their ear for a hook.

Some of the album’s most interesting moments are in the closing double header ‘The Face Prt 1′ and ‘The Face Prt 2’, which boasts an instrumental almost cinematic in its style like German pioneers Tangerine Dream. There is a also a pleasant surprise when guitarist Jimmy Shaw takes lead vocals on ‘Other Side‘, an under-used asset for the band as Shaw’s vocals make for a most welcome break. The album could maybe do with some extra texture. Many tracks merge into one another like the easily forgettable ‘Blind Valentine’. Some of the more organic production of their early material wouldn’t have gone a miss.

Metric have become a reliable brand who can release well produced albums with sporadic brilliance. They are a safe bet. If they were a car they’d be a BMW, just sometimes it’s more fun to drive a Ferrari. Pagans In Vegas may struggle to re-claim the electro-pop crown from Chvrches but don’t rule them out just yet.

In this article:electronic, Metric, Pagans In Vegas