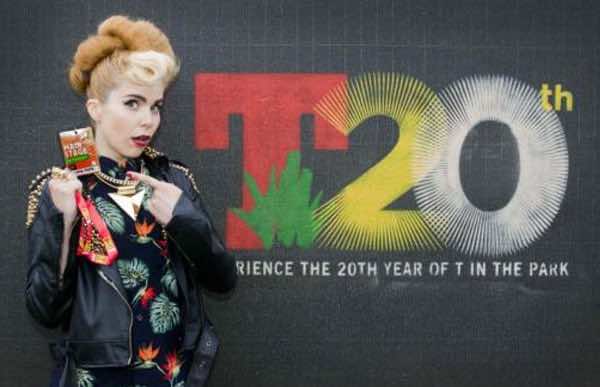 This year marked the 20th anniversary of Scotland’s most legendary of festivals, T In The Park. For the first time ever, HTF decided it was time to take the trip from our homeland of Devon and make the drive up to Balado, Kinross-shire to see what made T In The Park so special.

Hosted on what used be be an old airfield, the T In The Park site is huge and the perfect festival venue. With 6 stages to choose from, a huge variety of food stalls, a fun fair complete with log flume (amazing!) and shops selling everything from novelty hats to oxygen – it really has everything you need inside it’s mighty arena. And let’s not forget the almost infinite supply of Tennent’s Lager, the festivals main sponsor, that is brewed only 44 miles away from the site, in mass, for the festival. If you weren’t a Tennent’s fan before you definitely will be by the end of the festival. That’s a fact!

With so many highlights here is a rundown of some of acts that caught our eye over the weekend.

There is honestly no better way to start a festival in Scotland than with the Scot legends that are The Proclaimers. A real sense of Scottish pride flowed through the crowd as the twins got every Scot in the crowd singing together in patriotic harmony . Tracks such as ‘Letter From America’ reminded us of the pairs undeniable skill in writing a great hook and obvious crowd pleaser ‘500 Miles’ got everyone on their feet making them a perfect opening to this years events. Brilliant stuff.

All girl, indie-rock sisters Haim bought their Fleetwood Mac-esque sounds to the Radio One Stage with a great performance. One thing that is always great about Haim is you can clearly see they really love playing and their energy and passion definitely rubs off. The pure awesomeness of Bass player Este’s ‘Bass Face’ is enough to get anyone in the mood.They also love a good bang of the drum and the extra percussion definitely brings that extra whack to their performance; literally. The only minor grumble is that their hit ‘Falling’ never seems to translate live compared to recorded; always seems like it’s missing something. Besides that, Haim rocked the park and we love them.

With the epic glory of their recently televised Glastonbury performance to live up to would everyones favourite folk rock band be able to deliver once again? Of bloody course!

The band’s meteoric rise hasn’t happened for no reason. With every chord, every harmony and every stomp of their feet the bands energy resonates from every member and leaves no one watching in any doubt that these guys love what they do. As a special gift to T they bring out a true Scot bagpipe player for the Scottish national anthem as a thank you for their support over the years. “We just want to have fun” declares a humble Marcus showing they truly are ‘Gentleman Of The Road’. A magical performance and one T In The Park won’t forget anytime soon.

Last year’s X Factor winner James Arthur opened Saturday’s main stage showcasing some brand new material from his eagerly awaited debut album. The first thing you noticed is the lack of ‘X Factor politeness’ as James drops the TV face and is able to be himself complete with scruffy beard, swearing and even thanking the crowd for not “throwing piss” at him for being an X Factor star. The best thing was, it didn’t feel like you were watching an ‘X Factor Star’. James really shone with his powerful voice and really showed he is way more than just a TV fad. Some set highlights including a great mash-up of Lauren Hill and The Fugees, the soulful ‘Your Nobody But Somebody Loves You’ which is to be James’ first single from the album and closing track ‘Impossible’ that was remixed for those ‘sick of the radio version’. We can see this being the start of bigger things for James. Roll on the album.

Wether you like Ke$ha or not there is no denying the girl know’s how to put on a show. If back-to-back party bangers is what you need then Ke$ha is your girl. With her ‘don’t give a shit’ and ‘live for the moment’ attitude she owns the stage like the festival was set-up purely for her and her ‘animals’. People in penis costumes, giant inflatable pigs, guys in bikinis and more glitter than you will ever need littered the stage while the crowd lost their mind to huge anthems such as ‘Die Young’, ‘Your Love is My Drug’ and chart banger ‘Tik Tok’. By far one of the best pop performances of the festival. Ke$ha is awesome. Fact! 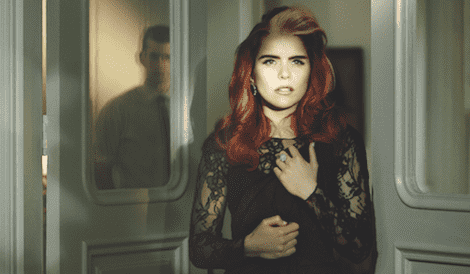 Every time I see Paloma I just want to give her a hug. Without even singing Paloma just oozes charisma and her quirkiness is enough to bring a smile to anyones face. She could probably just go up on stage and talk and still manage to hypnotise the crowd.

Only catching a brief part of her set it was great to see her taking regular ‘Tea Breaks’ between tracks and her powerful voice really showed T In The Park why we all love her so much. I’m sorry I missed most of your set Miss Faith. Hopefully one day you can forgive me over a cuppa.

With Snoop being previously banned from entering the U.K a few years back it was a welcome return to Scottish soil for west coast legend, Tha Doggfather, Snoop Dogg. While not always convinced of Hip-hops ability to translate live, Snoop proved me wrong again and again and again. The man is a true showman and, with a back catalogue as strong as Snoop’s, it was literally a trip to hip-hop heaven. ‘Drop It Like It’s Hot, ‘Gin & Juice’ and not forgetting the Snoop anthem ‘Who Am I (What’s My Name)’ have never sounded so good. And, with the weather being the best the festival had had in years, you could almost close your eyes and imagine yourselves rolling in your caddy down the Cali coast. With the addition of Dr Dre’s ‘Next Episode’ and House Of Pain’s ‘Jump Around’ Snoop left no one without a doubt as to why he is one of hip-hop’s finest. Finishing in his trademark weed loving way with ‘Young, Wild and Free’ Snoop left T In The Park entertained, enlightened and probably a bit stoned. Long live Tha Doggfather!

With Rihanna being one of the biggest acts on the planet the hype for tonights performance was obviously extremely high. Unfortunately it didn’t quite live up to expectations. While there is no doubt that Rihanna’s back catalogue is full to the brim with hits you would expect someone like Rihanna to really bring something big to the live show. What we really got though was Rihanna wandering around, shaking her ass from time to time and singing only half of most of the songs, letting the crowd and backing vocals fill the gaps. No elaborate stage show, no costume changes and not really breaking into a sweat. Not saying you need to have a big stage show or costume changes to put on a great performance, that certainly isn’t the case, but if you haven’t got that at least sing the songs right? The big hits obviously got a huge reception and everyone jumped around and sang along to every word but it did leave you feeling like the songs almost carried themselves and, due to the pure status of Rihanna, she probably could have just stood there motionless while the song played on a CD and got the same reaction. Having seen people like Beyonce and Lady Gaga in the past I expected the same kind of effort and ‘wow factor’. Unfortunatley Rihanna didn’t deliver. Great songs, great crowd but would have liked to have seen some effort put in. She has a great voice just would have been great to have heard more of it.

So unfortunately for us this was the last act we caught of the festival due to having to drive back from Scotland to get to London for Monday for an event; but what a way to finish. Hearing ‘Boogie Wonderland’ first thing in the morning from 70’s disco/funk’s finest Earth Wind And Fire could not have been a better send off. Considering the age of the remaining three original members of the band they still gave it their all and put on a great performance. Massive props has to go out to bass player, Verdine White, for still being one of the funkiest men on the planet. For a guy in his 60’s he paraded around the stage like a man on fire. If I’m half the legend he is when I’m his age I’ll be a very happy man indeed. With classics such as ‘After The Love Has Gone’ and ‘Fantasy’ even getting the younger crowd involved the band really showed what it was about them that has made them stand the test of time. Funk-a-licious!