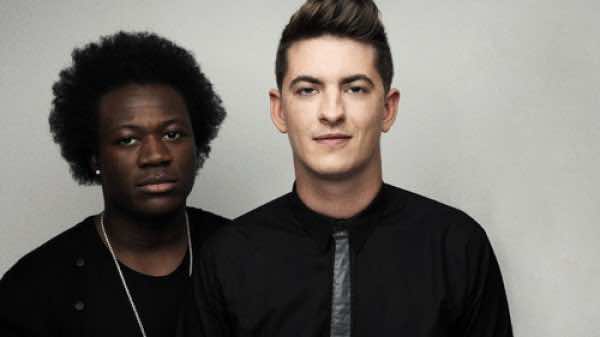 The boat parties are without a doubt the acme of Hideout Festival. With limited capacity, an earth-shattering sound system and the best DJ talent on board, it’s hardly surprising that tickets sell out in a matter of minutes.

When I managed to bag 4 tickets to the “Skream and Benga presents” boat party, I was literally bouncing from the walls with excitement. It’s not often that the Radio 1 duo play together anymore, since Skream shifted more to the direction of disco and house, so to be part of such an event felt truly unique.

Later on we discovered that joining them would be Artwork, the 3 of which make up the dubstep group Magnetic Man, whose self-titled album and hit single “I Need Air” peaked in the top 10 UK charts. Add in MC Sgt Pokes into the mix and all the ingredients needed for a truly spectacular event were there. And spectacular it was.

With the boat setting sail at the hangover-unfriendly time of 1pm, we managed to crawl out of our beds and down to the harbour. After boarding, and a slightly delayed arrival from Benga, we were off towards the 2km point off-coast where music could finally be played.

The bars on the boat were tricky to get to among the crowd, so a ticketing system was in place. You could purchase tickets downstairs in the boat and then take them to the bar upstairs. It worked well and efficiently, with beer priced at about £3.50 a pint.

Sgt Pokes got the crowd hyped, and as we were all chanting for music while approaching the permitted zone, excitement grew. Artwork drops his first tune. As the incredible sound quality spreads across the ocean and the bass vibrates through the metalwork of the boat, everyone goes mental. In fact, it’s probably one of the wildest reactions I’ve ever seen from a crowd.

1 hour, 30 minutes of house music in, coming from Artwork and Skream going back to back, and a blatant ongoing lie that it’s Benga’s birthday (to get the crowd even more hyped) saw the man himself finally take over the decks for some earth-shattering dubstep.

Heavy hit, after heavy hit saw everyone go even crazier. A quick run for the toilet and I bumped into Skream on the lower deck. A short chat revealed just how wasted they were getting up the top! Drinking vodka out the bottle and sourcing the finest girls from the crowd to dance in the booth with them, these were obviously DJs that were up for a good time; for the music and partying, and not just the money.

The peak of the whole performance had to be when Benga climbed to the top of the boat, hung off the balcony and as Sgt Pokes got everyone screaming for him to jump, Benga lept into the crowd as the sound of dubstep dropped into heavy bass.

As we sailed back 3 hours later towards Novalja harbour, among the stunning backdrops of sea and mountains, the music stopped and everyone started finishing their drinks, in a frenzy to use up what tokens were left over. Not one person looked disappointed, and we were certainly ecstatic from the whole performance. This was quite easily one of the most memorable and enjoyable experiences of my life, the peak of Hideout Festival 2013 and something I’d do all over again in a heartbeat. Skream and Benga, you did not disappoint.