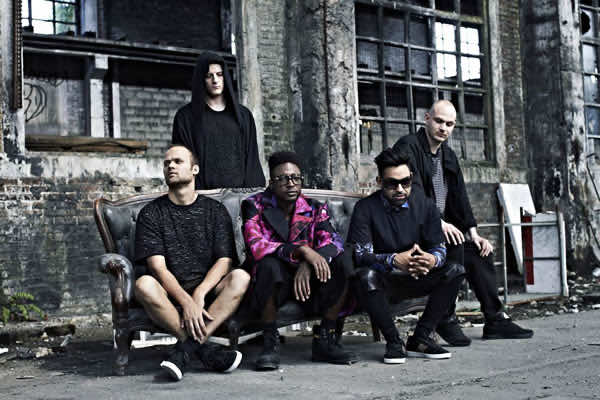 Both Noisia and Foreign Beggars have been on our radar for a while under their retrospective identities. The two groups came together to form the “I Am Legion” project, and the result is phenomenal.

HTF were invited along to check out one of the group’s first live performances at the incredible Motion nightclub in Bristol. For those that don’t know what Motion is, it’s an old converted skatepark within a network of converted warehouses. This produces a perfect setting for large-scale music events such as the UKF night which I Am Legion were headlining. Accompanying them was a great lineup, with DJ sets from Friction, Wilkinson and Dismantle, among many others.

Upon entering Motion for the first time this year, you could see improvements had been made to the club. The outside area was a lot more exciting, building up anticipation as we entered the venue. When we entered the inside of the venue, the first thing you notice is the deep bass pounding from the club’s great sound system. Looking around, the crowd were going wild. I went to Hospitality at Motion previously, where the crowd were a little aggressive. Here, people genuinely seemed to be there for the decent music and were a lot more friendly.

Unfortunately, I was very disappointed by the lighting and visuals. With such an impressive lineup in Motion this winter, I would have thought no expense would be spared when it comes to the production behind it. The place was literally screaming out for lasers and a more committed light jockey. What we got instead was a dimly-lit DJ who you could barely see, trying his best to work the crowd. Fortunately, the music there was incredible and then at the peak of the night, I Am Legion were on. 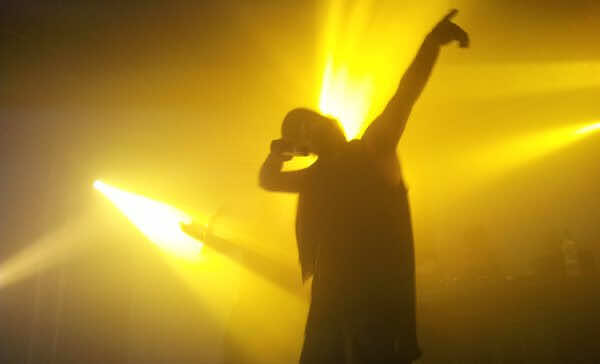 I Am Legion were spot on with their performance, which was pitch-perfect. I usually try to find at least one criticism at a live event such as this, but the sheer energy and talent behind the I Am Legion performance made for an unforgettable night. The crowd responded equally well. The only thing the whole experience longed for, was again, a decent light show. The screen behind seemed to be generating awful visuals from the 90s, while the lights provided a slow moving, dull show. You could hardly even see Noisia in the background. 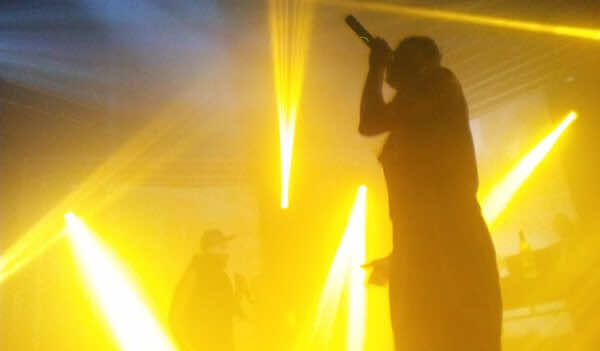 We were lucky enough to grab an interview with I Am Legion, despite their busy tour schedule.

HTF: Noisia and Foreign Beggars…what’s the story here? How did the two end up collaborating?

IAL: We started finding out about each other’s music simultaneously apparently. We met at Glastonbury and organised a session in the Noisia studio…and many more followed!

HTF: Your tour schedule is crazy, travelling internationally, 24 dates in the space of just a few weeks. How will you survive?!

IAL: We are on a tourbus. That helps as you can sleep while travelling and you can play as much Fifa as you want. We also try to eat somewhat healthy where we can, it does often end up being burgers or pizza though. We also have a kickass crew along with us. And everyone brought earplugs to counter Pavan’s incessant power snoring!

HTF: How do you feel the audience will respond to the I Am Legion project worldwide?

IAL: So far the response has been really good! Even on nights where there are DJs playing dance music all night. There seems to be appreciation for the skits we play, the full songs and deep bits…this is awesome to feel and really enables us to perform the whole album as a show.

HTF: What did you think of Motion?

IAL: Motion is a great venue. Always good vibes – also loving the skatepark combination allowing us to do some silly flips into a foampit for warm-up!

IAL: We are planning to work on an EP together again soon. After that, we have our own respective albums to work on, but who knows, maybe a session here and there. Find us at https://www.facebook.com/iamlegionmusic .

I Am Legion‘s incredible debut album is out now via Division Recordings // Par Excellence // OWSLA now at http://bit.ly/IAmLegionUK
In this article:Bristol, I Am Legion, Motion, UKF