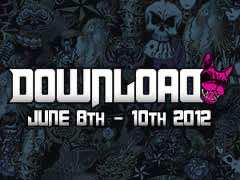 As the festival drew to a close and the mud actually decided to dry up it was time for us to enjoy the bands playing the final day of this year’s Download. We watched as many as we could and now look forward to next year! Read the rest of our epic long review below…

Just four years ago this band were playing small underground venues in the UK; today they are opening up the second stage at Download where thousands of people turned up to see the one and only Black Spiders. With the killer riffs of ‘Kiss Tried To Kill Me’ haunting through the crowd, you’ll be singing along to this band for a week straight. Their live performance was vigorous and raw, with anthemic choruses warming up the crowd and opening the clouds to bring through the much needed sunlight. These are definitely a band to catch in the future. 7/10

It was the last day of the festival and if you were feeling a little worse for wear then Feed The Rhino were the place to be; one hell of a wake up call. As they greeted us with a “good f***ing morning”, followed by a whirlwind of chest bumping breakdowns and epic vocals the hangover you once had was definitely left within the pit. Lead vocalist Lee Tobin is clearly one of the best frontmen within this genre of late: he is a package full of explosive vocals and an ultimate power force for his band behind him. He definitely makes the band’s performance a memorable one as he launches himself in the crowd demanding a destructive pit. It is jaw dropping to watch just one man have so much energy.

A top notch performance for this five piece from Kent and with new album ‘The Burning Sons’ out next month, it would seem things are clearly going to get even bigger for them. 10/10 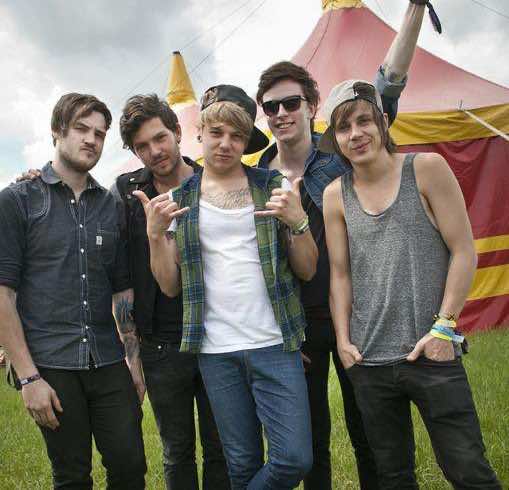 Being one of the favourites for this year’s final three of the Red Bull Bedroom Jam experience, it would’ve been rude not to go and watch this five piece from London. Adelaide have been around for a while and 2012 is set to be their year; with a new line up and a festival circuit under their belts, we can tell it will not be long till everyone has their name on their lips.

As they entered the stage with a mountain of energy we were expecting something huge. The band’s sound is flawless, with twangy guitars and drum parts that really get you moving. Just what you want from this genre – addictive music. Lead vocalist Sam Storey seems to perhaps hold back a bit at the beginning of their set today; although he kicks in half way and nails his vocal in the last two songs the band perform, therefore making these tracks the best of their 25 minutes.

Overall, we left wanting to buy their music so we learn all the words to their tracks and can then bop along with their fans next time round. Bring on Hevy Festival! 7/10

With this being the first time the band played the festival with their amps on, the clear message from the band was nothing but “it’s about time!” From start to finish the crowd went wild, with half of them not even being able to fit in the already packed Pepsi Max tent. Not one inch of the crowd was stood still as ferocious hard rock came blaring out the speakers. Andy Copping, we want these boys back again please. 8/10

We Are The Ocean – Zippo Encore Stage – Reviewer: Emily Carter

Just days before We Are The Ocean were set to play at Download, news broke out that co-vocalist Dan Brown had departed the band, and we were all left wondering what would happen to WATO’s set. Would they find a replacement in time? Would they cancel? Well, the answer is no. In actual fact, the band decided to carry on and play regardless without Dan, which ultimately proved to be a pretty bad choice. Admittedly, things aren’t too bad to start with in the set; vocalist Liam Cromby sings the majority of the songs, with guitarist Alfie Scully helping him out here and there. New song ‘Bleed’ sounds fantastic and ‘What It Feels Like’ and ‘Runaway’ also sound pretty decent, but it is when ‘Nothing Good Has Happened Yet’ kicks in that we really start to notice how much the band need Dan Brown. With no one able to fill in Dan’s scream parts, Liam sings his usual choruses, but no one sings the verses, which is slightly awkward to watch, and VERY disappointing to listen to. We respect the band for following the whole ‘show must go on’ approach, but we really hope they can work on something a bit better before their UK tour in September. 6/10

With this being the second time Reckless Love hit the Pepsi Max stage at Download this year it was probably considerably less well presented as the last time as a few errors were made in the songs. Nonetheless, the crowd loved it and the new album went down a treat. Their single ‘Hot’ didn’t even need to be sung as the crowd sang it all for them, and the opening track ‘Animal Attraction’ got the crowd jumping for more. With each member playing with oomph and enthusiasm, it didn’t really matter if they messed up a bit; no one else seemed to notice! 7/10 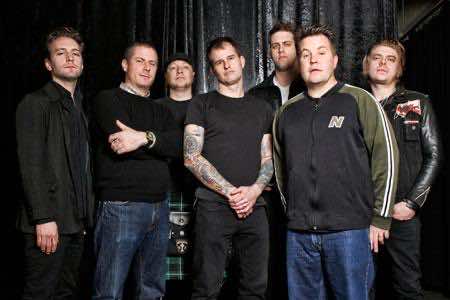 It is staggering why Andy Copping hasn’t put these Irish punk renegades on the bill before. With this being their first appearance at Download Festival, the second stage was jam packed with people all eager to watch the seven Massachusetts boys play hits from all seven of their albums. With a guest appearance for ‘The Dirty Glass’ every man and woman in the crowd sang along to this epic and amazing duet. With twice as many accordions, fiddles and flute whistles, this band brings that Irish pride into everyone with an hour long hoedown. 8.5/10

For anyone who says Sebastian Bach is getting old. For anyone who says he’s lost his touch. His appearance at Download festival is a big ‘f*** you’ to any critic who ever thought so! With his electrifying screams and his burst of energy, how could anyone think he was short of amazing? With the hits from the Skid Row days such as ‘Monkey Business’ and ’18 And Life’ as well as his own solo work ‘American Metalhead’ going down a treat, the crowd had their fists in the air and you left with your face stinging from metalheads’ hair smacking your face throughout the whole performance. Sebastian Bach, we will remember you. 9/10 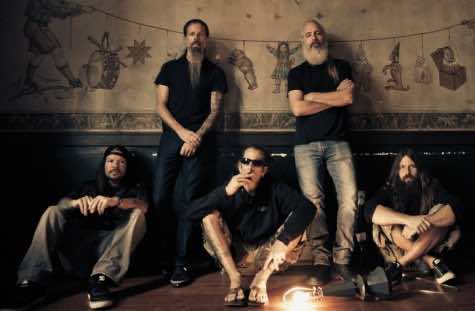 The last time I personally saw Lamb Of God was at 2010’s Download Festival and nothing has changed, except maybe the band’s hair has got a lot longer. From beginning to end they were completely phenomenal and most definitely a highlight of the whole festival for us. The crowd surrounding the main stage today was packed; arguably the band pulled the biggest crowd and made the most brutal of moshpits. As they hammered out track classics ‘Laid To Rest’ and ‘Now You’ve Got Something To Die For’, the vicinity erupted and the roar from their onlookers said it all.

If you have not yet had the pleasure of witnessing these guys live in action then do it, even after our third time round we still want to do it all over again! 10/10

We have never known Shinedown to not live up to their top quality live act status, and today is no exception. The band well and truly set the good times rolling with a classy set of old and new classics, keeping the sun shining brightly in the process. Opener ‘Sound of Madness’ sounds faultless, and ‘Devour’ is a powerful combination of bouncy metal meets epic singalongs. Anthem ‘Second Chance’ gets the whole crowd’s arms waving high in the sky, and set closer ‘Bully’ is a compelling and impressive way to end the show. Shinedown are one of the best modern day hard-rock acts around, and today proves once again that it is impossible to not enjoy one of their shows. 8/10

Headlining the Pepsi Max Stage today were American metallers Periphery; the pleasure the band must have headlining a stage at a festival not in their own country must be beyond awesome. The tent was packed out as expected and the band smashed it from the start, with lead vocalist Spencer Sotelo nailing the crap out of the audience in front of him. The sheer power erupting from this man’s mouth had to be the best part of the band’s set today: you could feel the energy bleeding from him which added to the excitement of each track enforced upon us.

As next month gives birth to the band’s second studio album there is still time for you all to be as mental for these guys as we are. To be able to produce such a technical sound live as they do on their recorded efforts is mindblowing. 9/10

As the sound of Black Sabbath’s set can be heard way off into the horizon, it is perhaps a questionable decision to choose to see Rise Against over the true legends of heavy metal. Nevertheless, we are confident we have made the right choice, and as ‘Survivor Guilt’ kicks in and the crowd begin to bounce, our decision has been affirmed. Drawing a much larger crowd than You Me At Six the night before, Rise Against have proved a worthy booking, and justly deserving of headline status tonight. Vocalist Tim McIlrath is a dazzling frontman to watch; putting his heart and soul into every word he sings, and having his words reciprocated by the thousands watching him. From the way the crowd provide their voices for the backing vocals in a moving ‘Make It Stop (September’s Children)’, to the way they absorb the raw energy of ‘Give It All’, the band and fans alike are united, and Rise Against deliver a real goosebump-inducing set. There are no words to describe how perfect closing gem ‘Saviour’ sounds, but as that iconic chorus is left ringing through our ears for days afterwards, we are sure you get the gist. We could think of no better way to close off this year’s Download Festival than to spend it watching Rise Against. Outstanding. 9/10