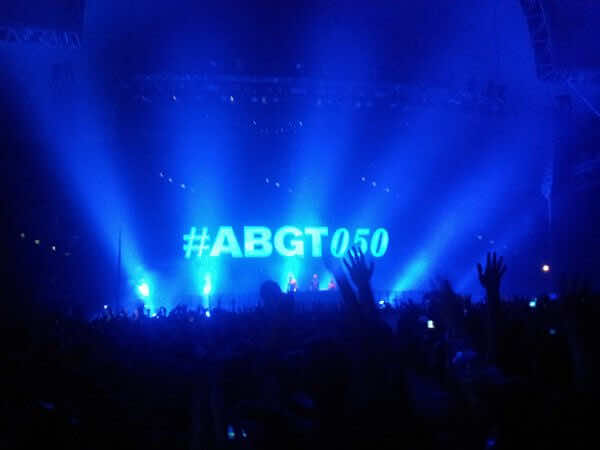 I think swearing is wonderful. It adds such depth to a sentence, delivering what you say with panache, it adds emotion and clarity, yet too much of it can weaken the delivery and all of a sudden it has no impact. As a writer I’ve approached swearing with a sense of caution, and to date have not used it in any of my articles. I’ve been saving such language for when I deemed it absolutely necessary, the one time I barely even managed to find words to sum up the experience I just had, so when I say this, please receive it as intended, in it’s utmost purity.

“ABGT050 was fucking perfect”
When Above & Beyond, a DJ collective at the forefront of the popular Anjunabeats label announced a 50th show special at their home town of London, for their weekly radio show Group Therapy, the 10,000 tickets available sold out in no time at all. People flew in from over 50 countries to attend the special occasion.

Paavo (one of the members of Above & Beyond) himself said it on the Group Therapy podcast, “Alexandra Palace has to be one of the most stunning buildings in London“. When we arrived, we could see why. To the left we saw the city of London, a beautiful cityscape of lights as far as the eye could see. To the right, the palace itself, majestic in a presence that left me dragging my jaw along the ground in awe. We enter through the prodigious doors and into the secondary hall, where it was too easy to walk into people as they marvelled at the architecture.

We got there just in time for the end of the Guy J set and into Andrew Bayer, two very talented DJs from the Anjunabeats label. Their sets were spot on, delivering top tunes in an sprightly manner that had the crowd hyped in anticipation for the headlining act, Above and Beyond.

When the Group Therapy jingle sounded, I felt a rush of excitement as blood coursed through every vein in my body. I looked around to see 10,000 people with their hands in the air, the majority screaming at the top of their lungs. Text on the screen read “Good Evening London”, “You look incredible” and then “London never looked so good”, something we saw regularly throughout the two hour set which made everyone feel part of the experience. It didn’t just feel like we were there to watch Above & Beyond, but were part of the show, part of the Anjunabeats family. It felt warm, it felt welcoming, for this was group therapy and we all played an important role in it. 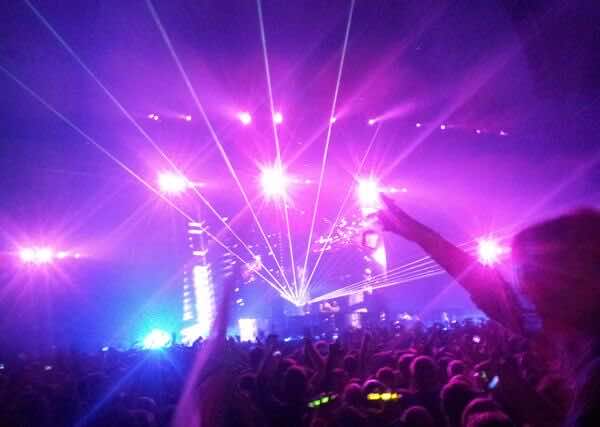 The visuals and lighting were simply incredible. I have NEVER been to an event where such importance and expense had been spent on the production behind the music. The screen behind the DJ was the biggest I have ever seen, larger than your average cinema screen. On it, we saw visuals specifically produced for each and every track individually, creating an aura that perfectly accompanied the surrounding effects. Then there was the lighting. The wall of lights covered every available inch of from left to right, from floor to ceiling and to the back of the main hall. Behind the beauty of these lights was a talented light jockey, co-ordinating them in perfection to the music. Oh, while we’re on the subject of music…

How could Above & Beyond top their first Group Therapy live broadcast in Bangalore? They’d already played some of the greatest trance music of all time. I had really low expectations because I knew they couldn’t simply do a repeat of what had already been achieved, but they managed it. How? 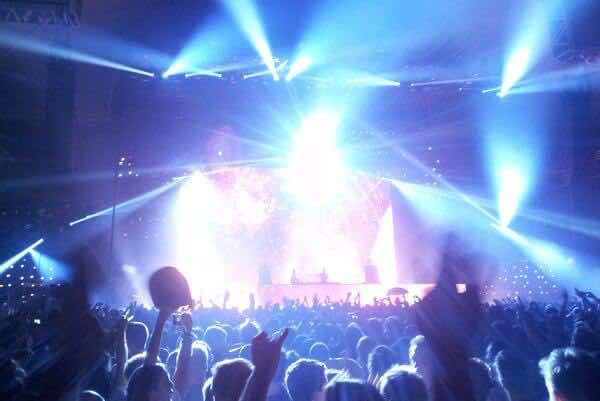 What we saw following the jingle was something totally unexpected. An exclusive remix of Anjunabeach from Genix & Las Salinas that sent everybody into ecstasy. This wasn’t the first exclusive of the night. In fact, in total we saw 16 exclusive tracks comprising of both remixes and new material. As their set continued, we saw the club mix of Alchemy and the amazing new track from Mat Zo, Pyramid Scheme which saw everyone jump to the words “Rock the funky beats“. Sticky Fingers was a new track that received a great amount of love and then out of nowhere, New Orders – Blue Monday. Just imagine 10,000 people singing along to the words “tell me now how do I feel”...it was simply incredible. Then on to another classic, Black Room Boy and eventually the peak of the set came when Above & Beyond played their own song, Thing Called Love. As a giant heart pulsated on the enormous screen, everybody sang along. 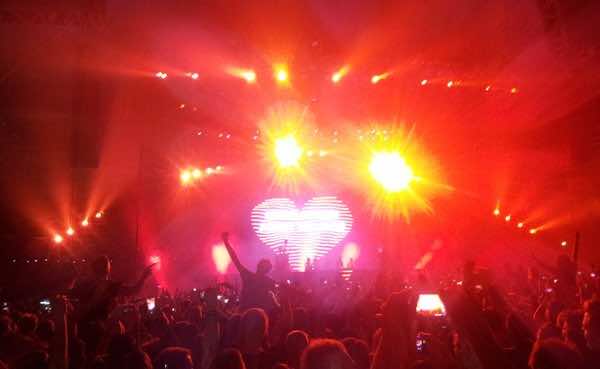 After a few more exclusives, they announced the final song as “the one you’ve all been waiting for, but not in the form you’re expecting”. It was the acoustic version of Sun and Moon. Boy, did this go down a treat. Everyone singing the lyrics we’re all familiar with, as the lights shone in poetic formation across the building, foil strips fell down from the ceiling for minutes as we all reached into the air.

I felt as though I really belonged here, part of the Anjunabeats family, listening to incredible music with 9,999 other like-minded people within the stunning architecture of Alexandra Palace. This was a one-off event that I’m glad I did not miss. This was perfection in every way, carefully planned with no expense spared. This was the best night of my entire life. This was Group Therapy.
In this article:Above + Beyond, Anjunabeats, Arty, Group Therapy, Mat Zo