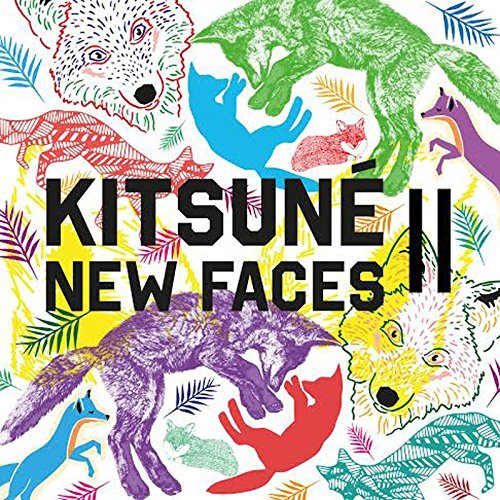 Kitsuné are a label that really catapulted into popularity during the Indie and Electro boom five to ten years ago, by infusing the two genres into a remarkable series of releases, Kitsuné Maison. These releases saw new acts such as the likes of Flight Facilities, Icona Pop and Two Door Cinema Club, then rise to fame in the preceding years. Today, Kitsuné continue identifying future stars and bringing them to the spotlight they deserve.

New Faces II is a compilation specifically aimed at showcasing artists who are currently breaking through, following on from the first edition of the compilation last year. It doesn’t really follow a set genre or strict guidelines, they just stick to good music. After all, why stifle creativity?

This album is perfect for listening to when you just want to relax. Nothing on the album is too heavy, and begins with a number of soothing tracks from some great new artists including ‘Last Love’ from Rivrs, with a sound similar to the likes of Lorde, and Heat’s ‘Susisfine’ with it’s feel reminiscent of underground indie-band, The Teenagers.

As the album progresses, things are turned up a notch as the introduction of ‘Mocki – Weekend (Jai Wolf Remix)’ makes for the standout track on the album, a chillstep song that does nothing other than elevate positive emotions.

We’re really excited by Kitsuné as they continue to push the boundaries of compilation albums, proving over and over again that new talent really is the way forward. New Faces II is the perfect testament to that statement. While every track on the album is enjoyable, the Indie sound from five years ago seems to have passed, so could New Faces II rejuvenate the scene, or is it trying to flog a dead horse? Time will tell.