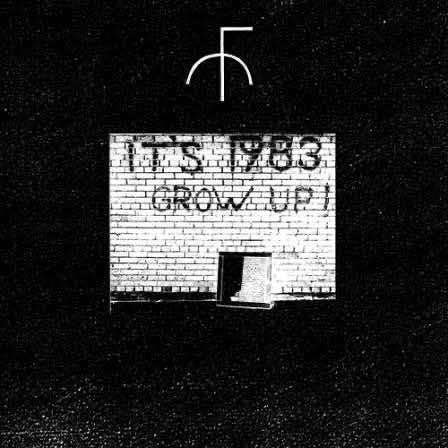 The British Columbia territory of Canada isn’t exactly the first place that comes to mind when listing off punk rock scenes, but Fist City are certainly on their way to putting it on the map with their sophomore full-length It’s 1983, Grow Up! which is due out later this month as their first release this side of the pond. With slick vocals and riffs that seemingly go on for days, Brittany Fist and co. bring their time-warping brand of punk to attention with this release.

Fist City definitely don’t waste any time before getting stuck right in, and the first track ‘Boring Kids‘ is a perfect example of that. It’s loud and it’s insane, starting out with an energetic punk lead in that commands your attention but it looks like that’s exactly what the quartet wanted to create, and something that will easily impress their small but solid fanbase. It’s hard to believe that the catchy tune is on an album that was actually self-produced by the band as the quality of it is at such a high standard, but it just confirms that Fist City are a rather determined group of individuals.

‘Caveman’s Lunch‘ is held together much like the majority of the record by drummer Ryan Grieve, who’s driving beat is likely to rattle your bones in the best possible way – Fist City’s surefire method of really getting the party started. ‘Wet Freaks‘ continues on with the band’s chain of hitting them right out of the ballpark with its incredible instrumentals, but unfortunately the vocals are somewhat drowned out in this track, leaving it sounding mediocre at best. Next up is ‘Blow‘, in which things start intriguingly quiet and underwraps, which may leave you confused – is this really the same band that’s been plugging crazy punk rock for the last six songs? An answer is finally delivered when the song quickly, and unexpectedly, slips in to what is expected. It may however still make you jump.

The album is finished off by two bonus tracks, ‘Let’s Rip‘ which the band have just released a video for, and ‘Losers Never Die‘. The former of the two is slightly more commercial compared the rest of the album and gives you a chance to really listen to the lyrics that really are something quite spectacular. Essentially a time machine back to the punk scene of the late 70’s and 80’s, this record is the perfect material for the listener looking for a nostalgia trip while still being offered the quality of the 21st century.

Musicians are artists and records are their artwork – some of which are masterpieces, and some of which are not. For Fist City it’s clear that It’s 1983, Grow Up! is on the better side of the spectrum; it’s a sensational release that really solidifies that punk rock is, in fact, not quite dead, and won’t be for as long they’re still charging through.