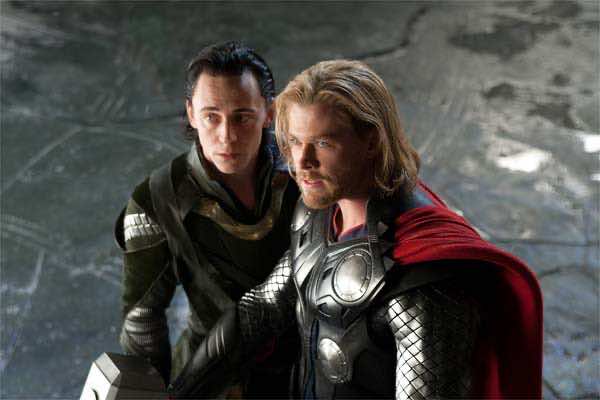 Kenneth Branagh’s 2011 Thor was  (apart from The Avengers movie itself) the best of the Marvel Cinematic Universe’s first stage of films. Iron Man 1 & 2, The Incredible Hulk and Captain America complete the set. Happily its sequel, Thor: The Dark World currently lives up to this mantra in the second stage of films, given the underwhelming Iron Man 3 and the recent trailer for the Captain America sequel The Winter Soldier (which seems to be similarly themed to the first) this will set any fans hesitations at rest.

Thor has always had a problem fitting into the Avengers philosophy. This is because with the other 3 superhero’s all grounded in some sort of reality by being based on Earth he conversely can travel between dimensions defending Asgard against all sorts of aliens and different species. Therefore any mentioning of the “New York incident” a.k.a the finale of The Avengers, seems so insignificant when the god of thunder is slaying hoards of Frost Giants and in this, Dark Elves. He seems out of place. It probably doesn’t help either that apart from a superb and very brief cameo by Chris Evans‘ Captain America, there are no other links to the other boys or S.H.I.E.L.D at all.

However, when Thor does come to earth, this time in the form of our very own capital, its great seeing him with a backdrop of our famous landmarks, and struggling as a fish out of water with the general public. Similarly to the original when he attempts to obtain a horse from a pet shop in New Mexico, this time uses public transport and gets the underground to Greenwich station during the final fight. Seeing him helpless and at the mercy of our customs given his heroic nature in his home world, is one of the main reasons why the Thor films are the best of the franchise.

Another reason is the briliant cast. Tom Hiddleston and Chris Hemsworth are both again excellent in The Dark World and bring charisma to the roles of Loki and Thor respectively. Even though Loki is the God of mischief and will betray Thor at any given second, Hiddlestons supreme likeability means that we route for him and are glad when Thor asks for his help again and the duo team up to fight Christopher Eccleston’s baddie Malekith.

Here is the only gripe that I have with the movie though, and its not really anything that can be helped given the Thor mythology. When there are so many weird and wonderful creatures to battle against it’s hard to have any defining characteristic as a big-bad and although an almost unrecognisable Eccleston does reasonably well with what he has, he is overshadowed metaphorically by the end-of-the-world force the Aether and physically by Adewale Akinnuoye-Agbaje as his assistant The Kursed.

However, any doubts that you have throughout the film are well and truely exstinguished in the last half an hour with one of the finest and most ridculously fun final fights that you will ever see. With Thor and Malekith fighting each other in the centre of Greenwich, his love interest, Jane (Natalie Portman) turns on some sort of cross-universe transferrer and the the both of the fighters and parts of the crumbling worlds, fall through numerous black holes ending up in different places whilst still continuing to fight.

I was reminded instantly of the insanity and slapstick of the end of the Lone Ranger film that came out earlier this year with various characters and situations crossing over all over the place. It must have required meticulous planning and directing from Alan Taylor and his team, and it pays off spectacularly. The final twist in the tail is great as well and sets up a potential for a Thor 3, which has already been confirmed by Hemsworth. The post-credits scene also features Benicio del Toro as The Collector which will lead into next years Guardian’s of the Galaxy. Thor unfortunately though probably wont be back until The Avengers sequel, Age of Ultron.