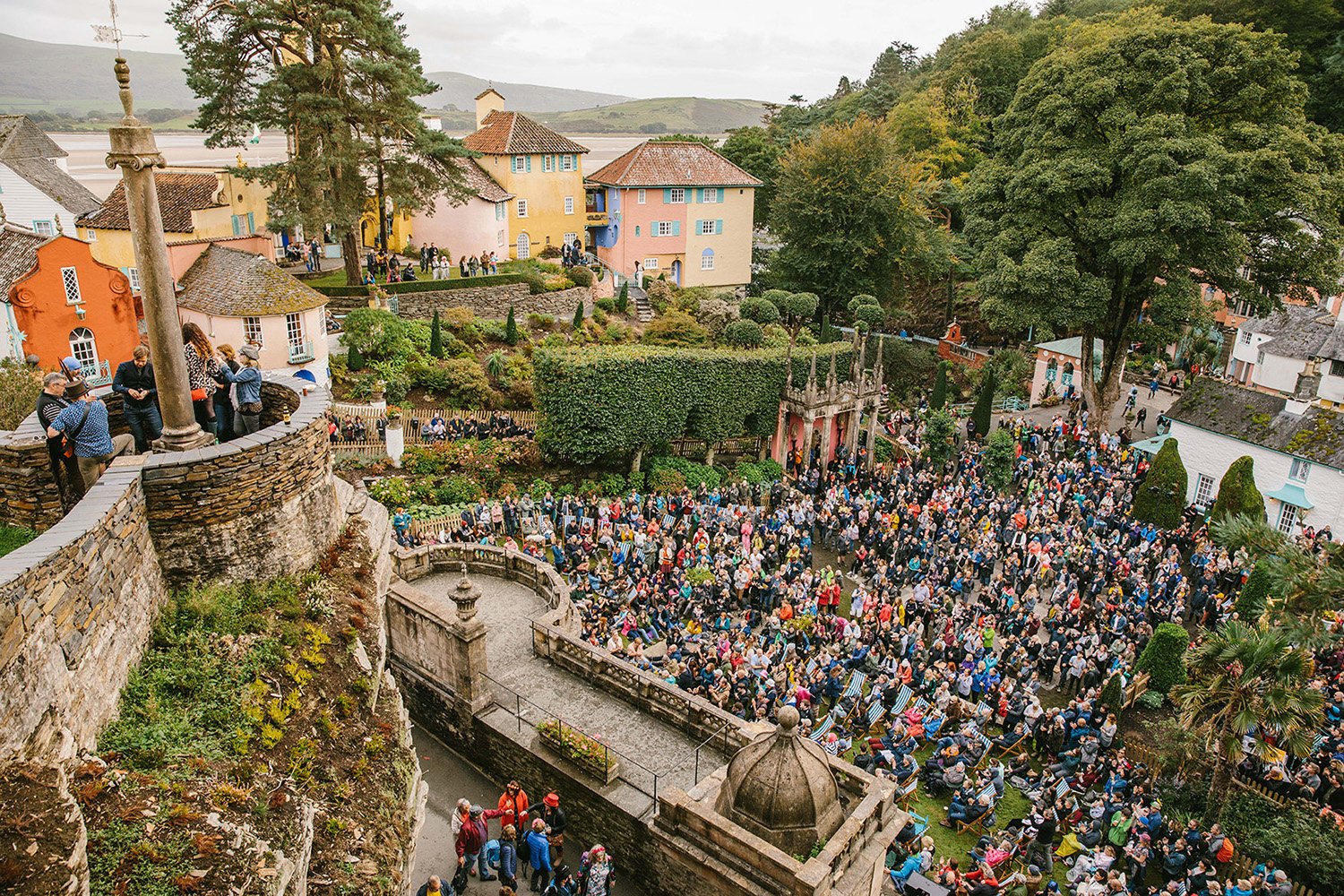 Last weekend we bid a final farewell to the unique little Italianate haven in Portmerion, that has been home to Festival No.6 for the last seven years.

Festival No.6 has taken over this little town in North Wales for the best (or worst if you were there in 2016) part of seven years, and they have now declared this, the last in the chapter. Will it return after a short break in 2019? No one is really sure, but we do know that this boutique little oddity will be missed within the festival diary, if it doesn’t.

First impressions of No.6 last year, I was blown away by its beauty. And it is still the most idyllic and prettiest, of all the festival sites I’ve visited. This sentiment echoes around the central piazza, with most people declaring they feel like they’re in a film set… (they are! The Prisoner circa 1970) Yet it’s still quite hard to visualise until you are here, in amongst the bizarre pastel coloured world.

Most festivals being a feast for the ears, for me, this one is all about the eyes. The exploring, the stumbled across stages, the breathtaking viewpoints. The odd happenings in amongst the piazza. The woodland wanderings. Which one would hope, would all lead to unforgettable moments, and shared fun and frolics with friends old and new. Festival No.6 is perfect for that. 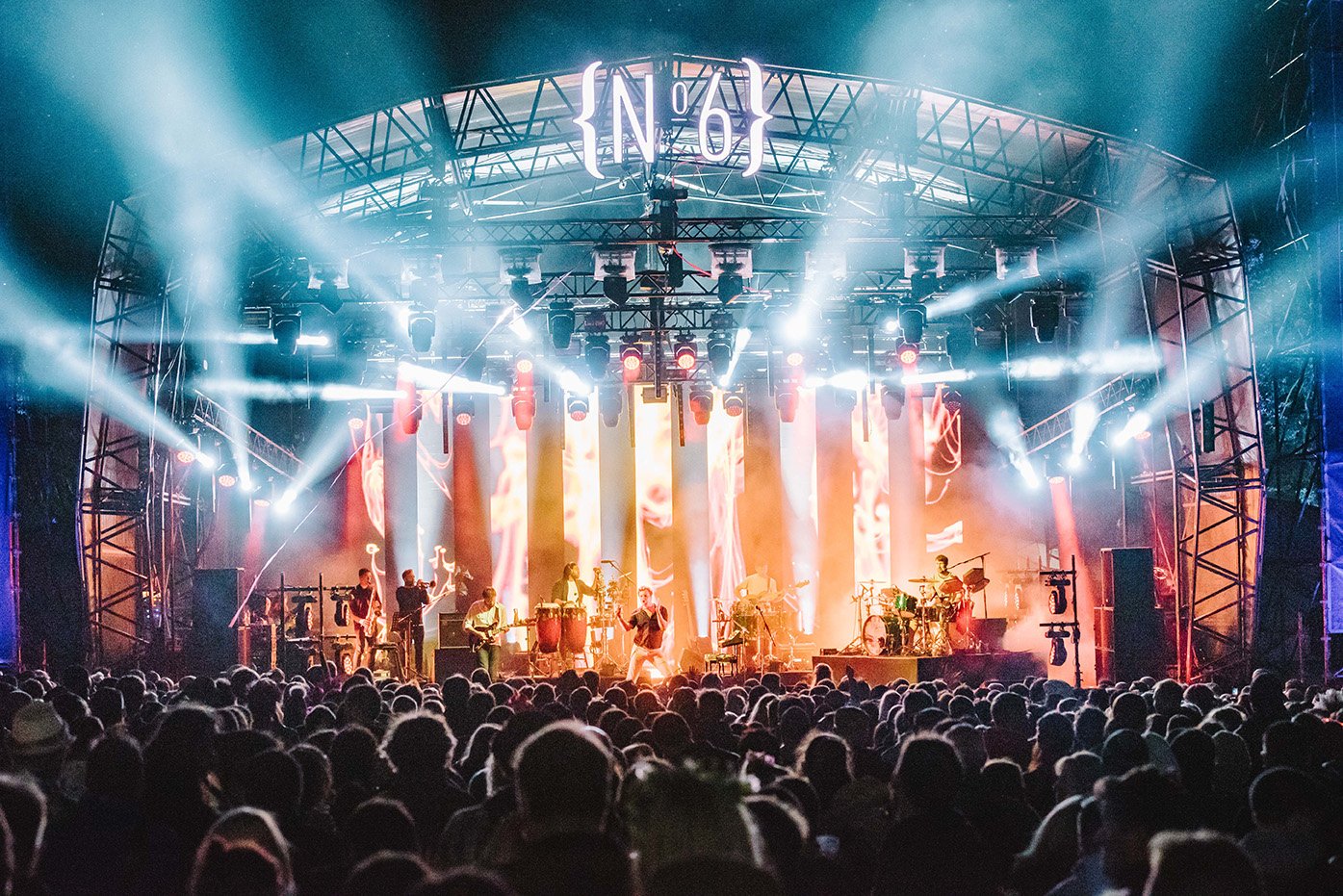 Fridays highlights were all centred around the main No.6 stage, with indie kings of past and present Everything Everything, and Friendly Fires, belting out the hits between them. The real surprise though was stumbling into the Grand Pavillion to witness Go-Go Penguin. This left-field piano trio were blowing minds with their unique blend of acoustic electronica.

The late night entertainment was led by Kenny Dope, one half of classic house outfit; Masters at Work, which sadly for me seemed all too predictable and flat.

Sadly, the somewhat biblical measures of rain, pummelled the site over night. With only short bursts of sunshine promise, breaking through into Saturday lunchtime. However things finally started to dry off, with just enough time to dance my cares away at the Stone Boat. The last of the stages on site, and closest to the water’s edge. With a red wine in my hand, and the estuary shore at my feet, it was the perfect setting for Tom Findlay’s special blend of yacht rock, funk and disco. One half of legendary duo; Groove Armada, Tom’s ‘Loose Joints’ set can usually only be heard with a monthly residency on Soho Radio.

On the main stage, the retro pull ‘The The’ fail to deliver, and forgetting what we were waiting for, as clearly the hits aren’t cutting it, we wander off in search of vibes. Vibes that can be found only in the House of Rum, with Manchester based club-night and their merry band of residents; Homoelectric.

Andrew Weatherall commands all in Castell Gardens, a moment of pure education in experimental techno, and a musical journey that only Weatherall seems capable of. Saturday complete on a mega high.

The Sunday billing seems like somewhat of an after thought which is sad to say, as you’d expect the finale to go out, all guns blazing. But, the sunshine has arrived, and this only lends itself to some serious wood exploration. Greg Wilson, a No.6 veteran, is dishing out house classics and funky edits in the Village Limits; the floating pontoon stage under a giant disco ball. You can hear his set from last year here; Greg Wilson – Festival No.6 2017

We finish the night, not with Franz Ferdinand, but with London-based collective Savage. Sink The Pink’s little drag princess, which seems like the only way to finish a party… with drag queens crowd surfing over your head!

The future for Festival No.6 might be uncertain, and wether or not it’s going to return. But for now, all we can say is… 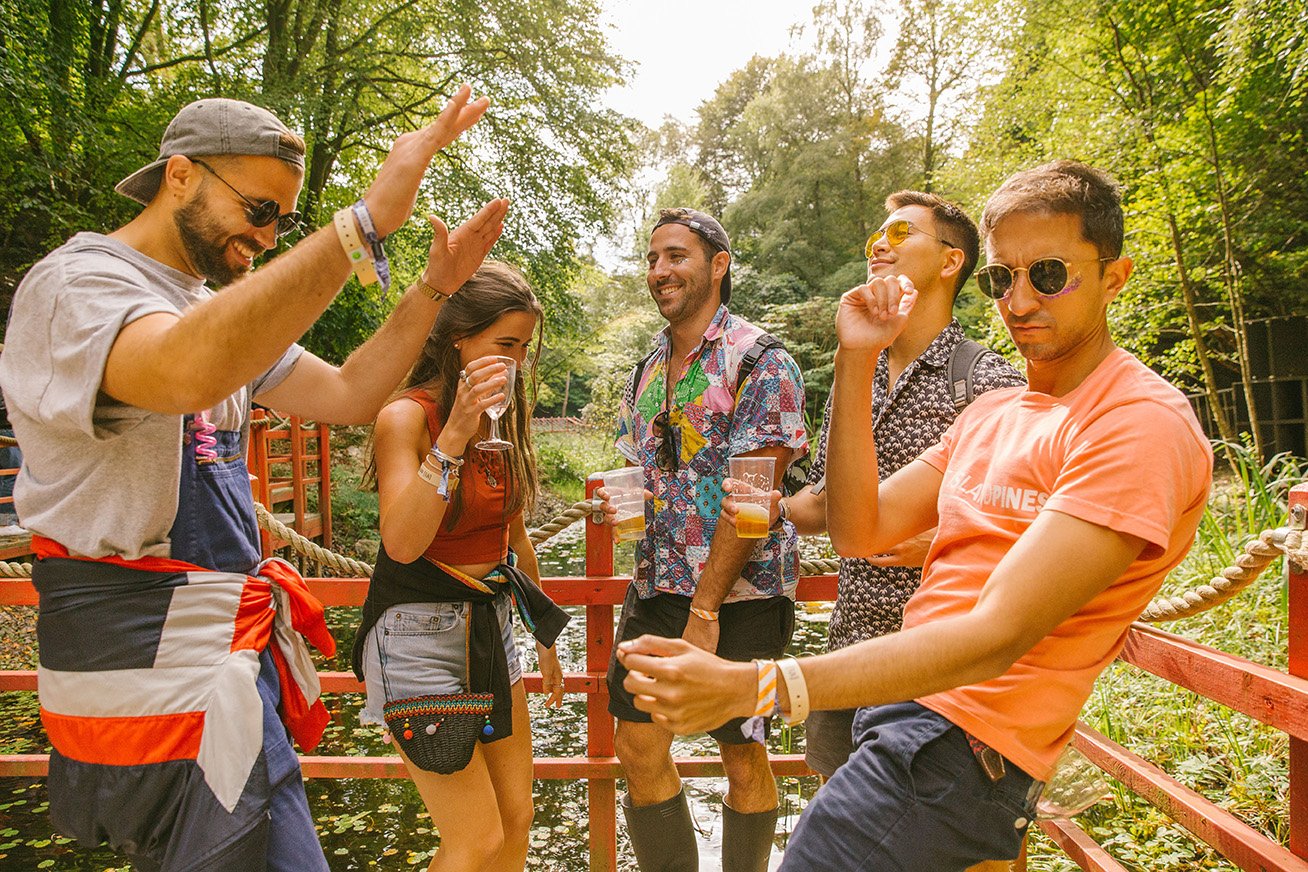 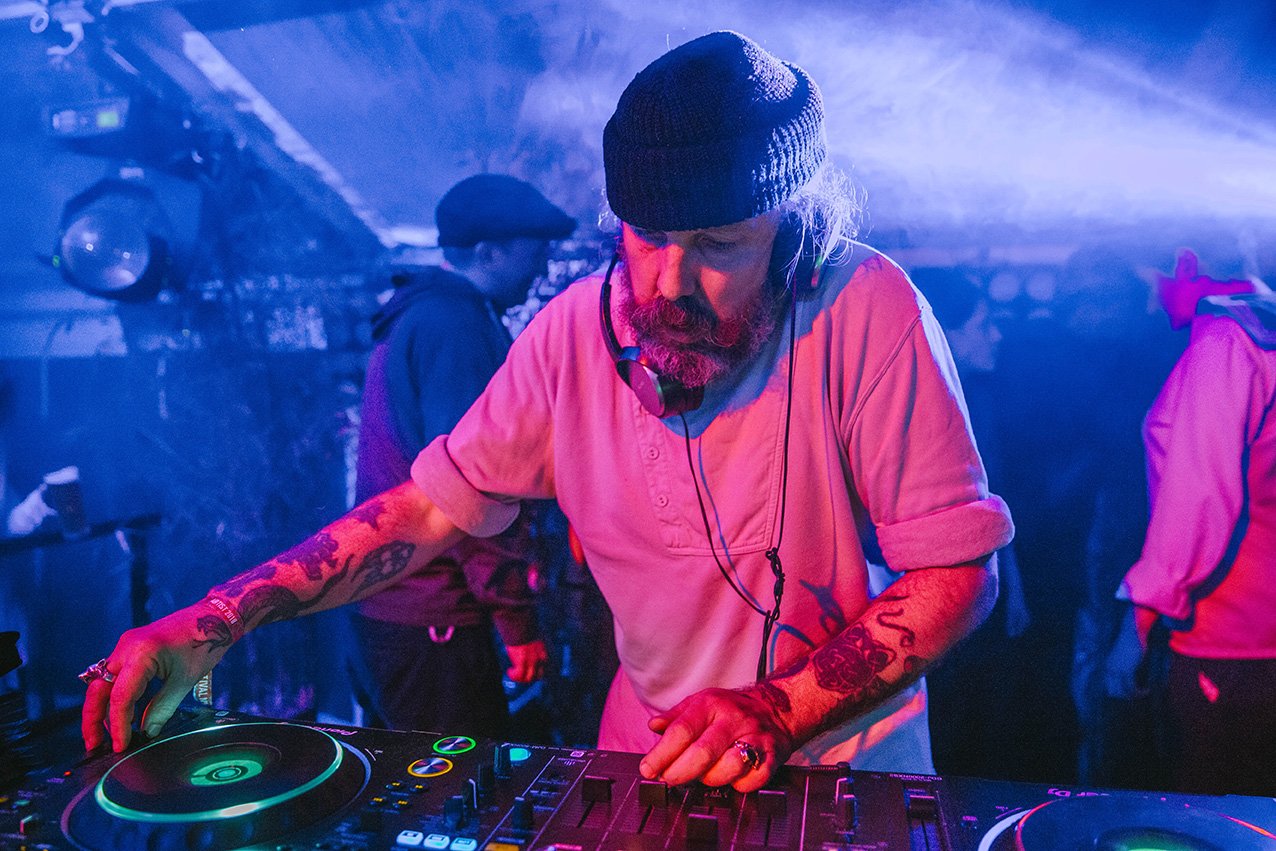 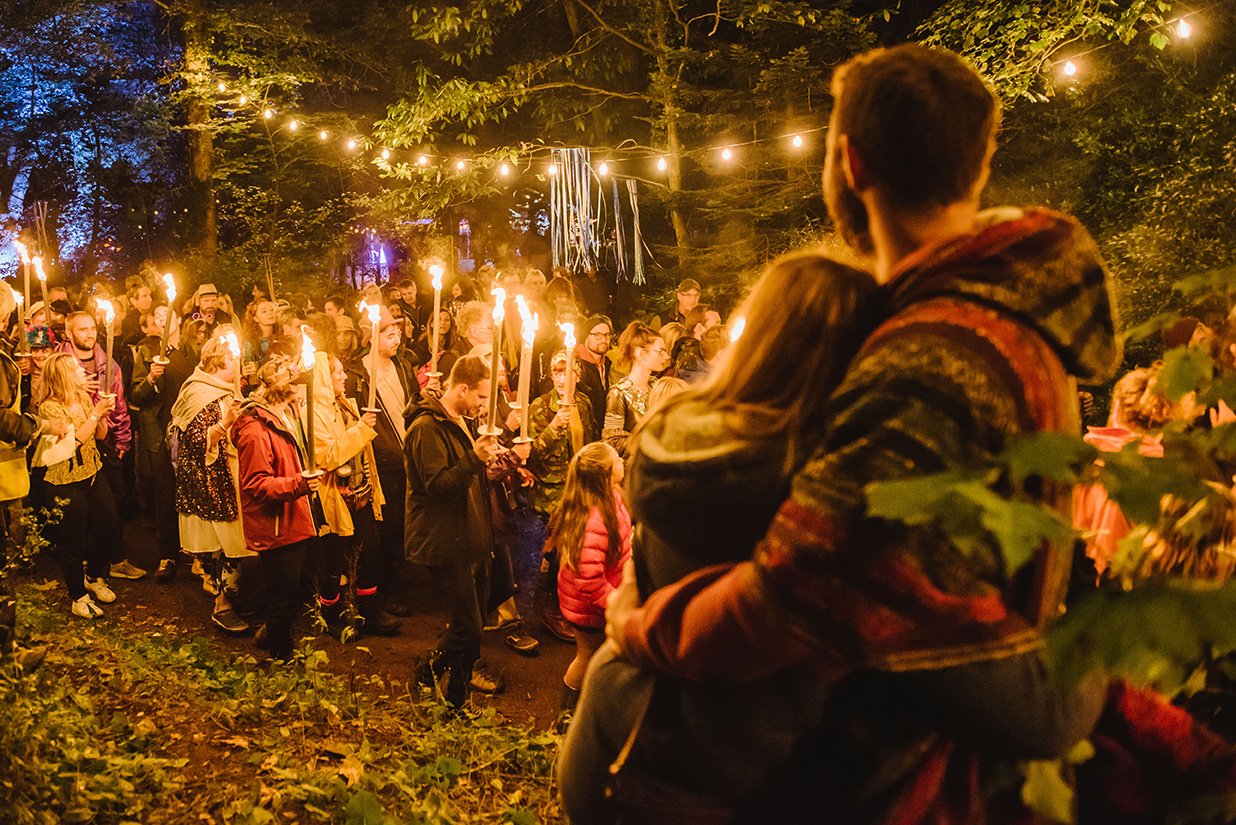 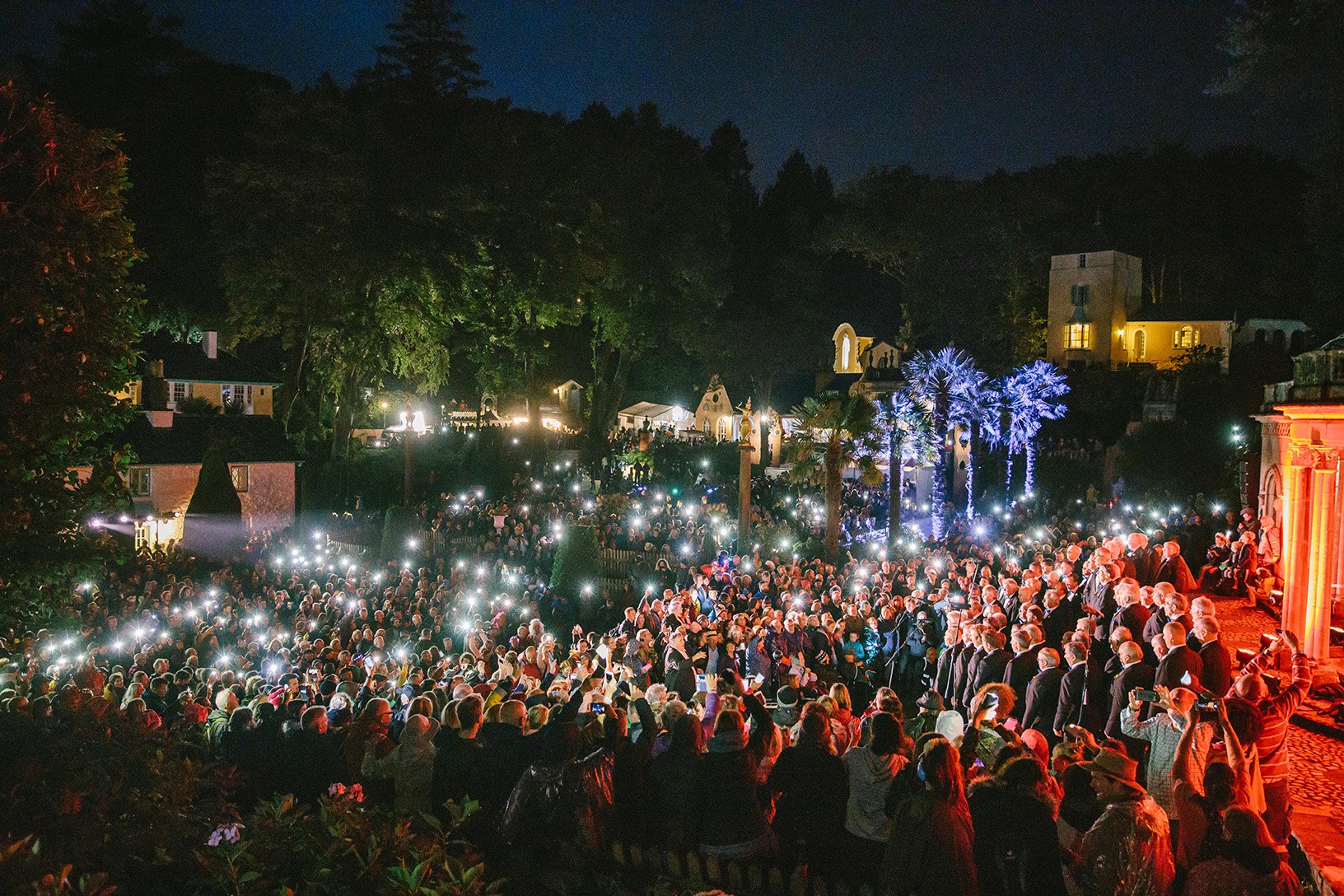