Every once in a while, there comes a live show that defies the laws of awesomeness. A show of such passion and primal energy that it puts 95% of other shows in 2016 to shame. But most of all.. a show that goes so hard, that a majority of the people leaving there will end up with some form of mosh pit injury. On this rather toasty evening inside the Brooklyn Bowl, this was that show – and the band was Every Time I Die.

The Brooklyn Bowl in London is slowly becoming the new favorite venue for hosting the kind of shows that require an immense amount of stage dives, and which commands some insane pit action. But even better… it is a venue that has a bowling alley! And that just warrants a million cool points alone. But what this venue is slowly becoming, is what the Rock Hotel was to the New York hardcore scene in the 80s / 90s heyday. And that is a very, very good thing.

First up though is the criminally underrated NYC punk quintet Drug Church. We saw these guys at Groezrock 2014, and they were easily one of the greatest surprises of the entire weekend. And even now they are as fierce, venomous, and punk as fuck as they ever have been. Playing a short, sharp set of scathing punk rock belters, they are fearless and on point throughout – especially with some hilarious mid-song banter from vocalist Patrick Kindlon. Drug Church sound as angry as ever, and they deserve every ounce of your attention. Go and check them out if you have not heard of these guys already – that’s not a suggestion, that is an order!

So with Drug Church’s set raising the bar pretty high, it was always going to be a bit of a tricky act for The ’68 follow with. This is not a pot shot at The ’68 by any means because musically they are a pretty cool band. Plus in the live environment they actually provide a very unhinged representation of what a two piece band can truly give to their audience in the most punk way possible. Sadly at times during their set, it does seem a little contrived and musically repetitive, which is a shame because these guys are a decent band. However, this set just seems somewhat lackluster and more of an improvisational punk rock jam session. A quality band by all means, but they just didn’t quite reach the levels of intensity they are usually akin to tonight.

But to be perfectly honest, The ’68’s set was a subliminally nice simmer down session before the gargantuan maelstrom that is Every Time I Die hit the stage. Yours truly has seen some pretty chaotic shows here at the Brooklyn Bowl before. But ETID’s set that was to follow was easily the single handed most off the chain performance that has probably ever graced this venue.

From the get go there was a sea of flying bodies coming from the stage, and the mosh pits were as mental as you could have possibly imagined them to be. But for a band like Every Time I Die, it would be blasphemous to just stand there and nod your head. This is a band that demands your respect and attention – because once you get sucked in to the storm, there is no getting out. Having seen ETID many times over the years, it just seems that these guys get better with age. But the lineup we have in the band now is arguably the strongest and most energetic we have ever seen. Every Time I Die sounds absolutely incredible tonight, and probably give the best performance they have ever given to a London crowd.

The new material from their amazing album Low Teens is immediate, well executed, and not a bum note off point. Songs like ‘Petal’, ‘The Coin Has A Say’, and ‘I Didn’t Want To Join Your Stupid Cult Anyway’ have the audience whipped in to a frenzy. But even with a healthy mixture from their back catalogue, choice cuts like ‘Bored Stiff’, ‘We’rewolf’, ‘Floater’, ‘Decayin’ With The Boys’, and the immortal ‘Ebolarama’, this crowd are just as ready to equally as mental to them as they are to the new material. This is an incredible testament to ETID’s longevity – the fact they can write consistently amazing material over the years (which just gets better every time) and still are able to stay relevant in today’s most constantly ever changing musical environment, is just a huge sign of respect and adoration in equal measure.

It isn’t until the final song of the set ‘Map Change’, that the show wraps up with one of the most beautiful and awesome stage invasions in UK live gig history – and that is not an exaggeration. The fact the band were able to play the song and not have to stop due to the amount of people on there is absolutely amazing. But when you have a whole crowd onstage and off stage singing all the words back to the last song on your latest album, you know you have just achieved greatness in its purest form. And this is exactly what Every Time I Die have achieved every moment of this most special shows tonight.

ETID fan forums the world over are already talking about this London gig and the UK tour in particular, and it really isn’t hard to see why. This show in particular had everything you could possibly imagine from a show of this caliber – and then some. A strong support lineup, an insanely receptive crowd, stage diving guitarists, crowd surfed stage monitors, and even ETID’s guitar tech rock bottoming the guitarist from Drug Church from the stage in to the crowd! This show was the epitome of disorder, controlled chaos, and sheer and utter joy. Quite easily one of the best gigs of 2016.

Thank you Every Time I Die. London loves you, the UK loves you. Now we wait with devilish patience until next time…

Advertisement. Scroll to continue reading.
In this article:Brooklyn Bowl, Drug Church, Every Time I Die, The '68

One killer lineup, one very confusing crowd... But the loudest tour of 2017 still prevails with its head held high in Birmingham!

The Bronx unleash hell on the first night of the Punk Rock Pins & Pin Ups Weekender in London! 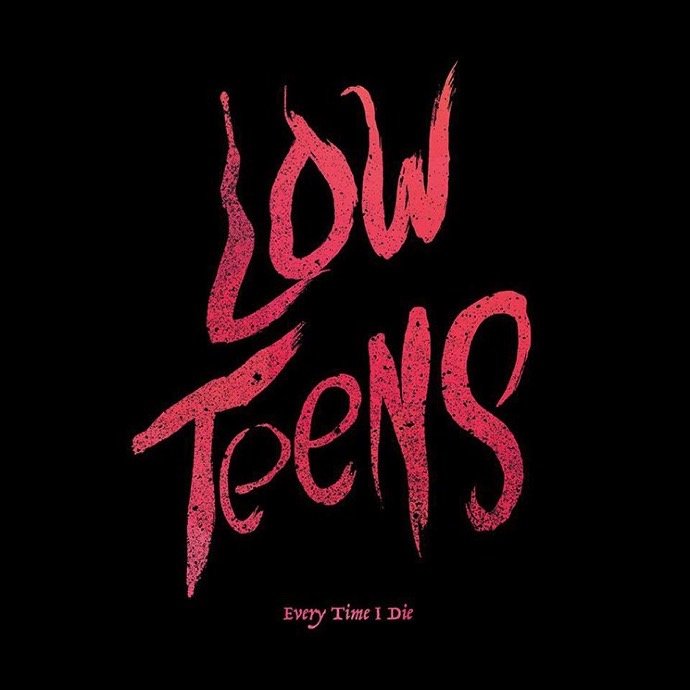 Buffalo's most notorious sons Every Time I Die, are back with the blistering new album 'Low Teens'!