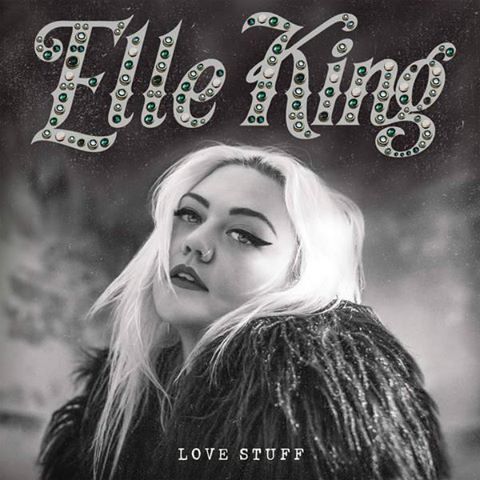 Elle King has released her debut album Love Stuff this week, and we bet that she is hoping that the public will indeed love her stuff.

The stateside singer combines big, thunderous compositions with a raspy, scratchy and almost flat pop-rock vocal on all of her songs. At times, she sounds like a reincarnation of Cyndi Lauper, particularly on ‘Last Damn Night’. The albums opener, ‘Where The Devil Don’t Go’, and ‘Ex Ohs’, have interesting lyrics and fast-paced melodies which actually compliment her unusual and limited voice. They strangely work together quite well and possess pop-crossover qualities which could prove to be successful on the charts.

‘Kocaine Karolina’ is a stripped back acoustic, country inspired track that feels a lot smoother with a softer, less alternative vocal style. The same feeling is embodied on the mid-tempo ‘King America’s Sweetheart’, which draws upon elements of dance and club music, and could prove to be a successful single if it were to be released as one.

The album contains a mix of very unique and alternative musical and vocal styles, while others have a more commercial, pop-crossover sentiment which could gain King the exposure she needs. But overall, Love Stuff is more miss than hit, due to lack of identity. There’s dance, there’s country, there’s rock, there’s acoustic. It all feels a bit of a mismatch. While we don’t hate the stuff, we don’t quite love it, either.