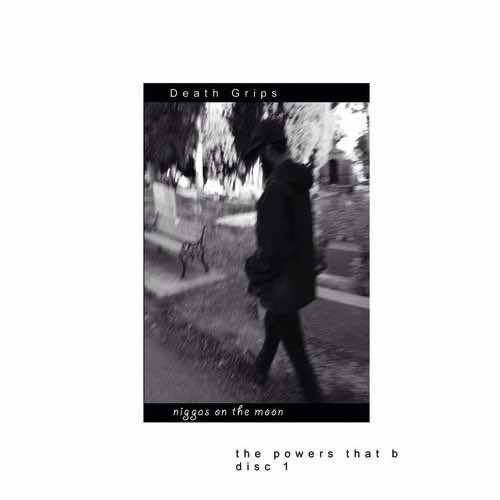 Death Grips have got a bit of a reputation in the last few years for being the kings of underground music. They are kind of like modern day punks, in the sense that they are always defying expectations. Their last three albums (including this one) have now been released for free, and the band have been dropped from their previous label Epic for doing this.
They put out the harshest electronic / hip-hop music possible with themes of death and violence being screamed and yelled, and complete with the most glitchy and envelope pushing production imaginable. Yet although their last album ’Government Plates’ polarised a lot of fans, they still seem to gather so much support and are only growing bigger and bigger.

It has got to the point where any hip-hop release that seems to bring elements of noisy electronic music into it are instantly compared to Death Grips. The reason they are regarded as influential underground music heroes, is because they are simply unafraid to do things their way, and it is a rare thing to see in artists these days.

The first half of ‘Niggas On The Moon‘ is a testament to that. Where ‘Government Plates’ was more about the production side of things, it was not as full as it could have been and lacked in a few areas in that it wasn‘t so dynamic and as tense as previous releases. Death Grips have taken some of the elements from ‘Government Plates’, but have done them to a degree that feels much more complete.
Saying that, this album is definitely Death Grips at their most experimental and jarring. Some of the songs on this album are so chaotic that it takes a while to establish any sort of rhythm. Some of the songs seem to slot into each other as they go along and only gradually find any sort of coherence. This is an album that is so fragmented that sometimes it’s hard to tell when the last song ends and the next one begins, but not because they all sound similar but because nothing sounds similar on here.

The tension on the album is something to admire and it’s something they seemed to have lost a bit on their last record but here it’s back better than ever. Zach Hill and Flatlander produce the most glitchy, tempo changing, and down right angry beats that Death Grips have ever done while staying technically brilliant. The song ’Billy Not Really’ has Hill doing some incredible drumming with a lot of tittering hi-hats, that sound so crisp over the top of all the electronics. This is one of the many songs on here that have some of the best hooks they have ever created, another example being the song ‘Big Dipper’.

Lyrically this features what you would expect to a certain degree with a Death Grips album in that it features many twisted as hell lyrics about death, killing and sex. Except this time the lines are delivered in a different way –  MC Ride’s normal vocal style is toned down somewhat, to which this time he delivers his lyrical flows with less aggression but sounding more creepy than ever. He raps for the most part in an almost spoken word flow that could be heard on previous songs from their back catalogue such as ’Get Got’. This works incredibly well for them and lets the production bring most of the aggression to the table without making MC Ride sound any less twisted.

It’s almost as though the anger in the instrumentation signifies the anger that MC Ride’s character is trying to keep in his head yet he can only do so much before he starts letting out his signature yell. Especially with lyrics such as “Why don’t you just fuck me out?“, which sounds all the more twisted when such a psychotic character is trying to hold himself back to the point he is having to ask for such things. The way that they sample Bjork on every single song on the album seems to only strengthen the theme of sexual frustration in that she is the female counterpart who’s vocals are being manipulated which seems to just tease MC Ride even more.

It’s interesting to see how many ways a band can make the most twisted music that they can. They turn down one element, amp another up and it makes it the original element even more creepier than before. Death Grips are truly unafraid and uncompromising. Let’s hope the second half of the album packs the same punches.

In this article:Bjork, Death grips, epic, Niggas On The Moon, The Powers That B