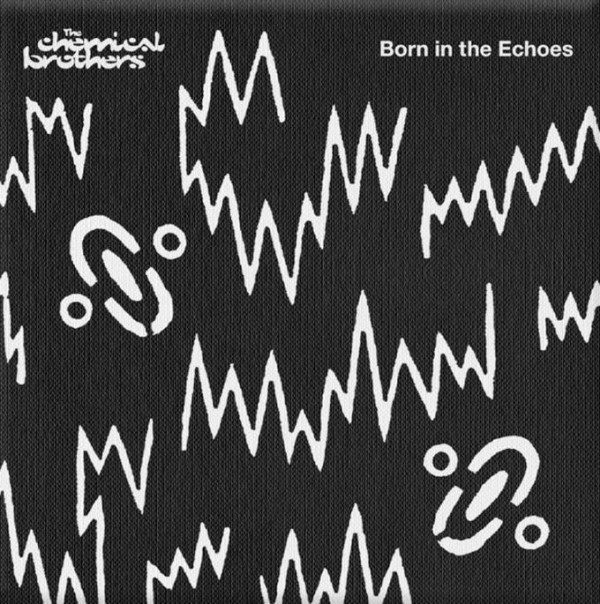 The Chemical Brothers have always been a group that have escaped the notion that because they were essential to a point in Electronic music they’re old hat. They were pioneers in big-beat at the same sort of time that The Prodigy were, but unlike The Prodigy — who just released an album that sounds extremely similar to the rest of their catalogue — The Chemical Brothers have always had a more diverse set of skills with them dabbling in other sub-genres of Dance like House and with each album they’ve delivered some hit singles that solidify their place as sounding current right down to them releasing material with Lorde last year for The Hunger Games soundtrack.

Despite this Chemical Brothers haven’t ever had to reinvent themselves to stay current, they’ve only ever dedicated slight changes in their sound as time has gone on. That continues on their new album, Born In Echoes on which they still sound distinctively like themselves enhancing break-beats, massive synth-leads and an aesthetic that’s sometimes sinister and at other times distinctively poppy. The song ‘Go‘ with Q-Tip enhances that poppy side of their album, with Q-Tip spitting instantaneously catchy bars over the top of some synth leads not too far off 80s synth-pop. Although the lyrics may be slightly questionable, it doesn’t matter because the end result is a track that revels in pop bliss, through the musical talent of The Chemical Brothers.

The either goes the opposite end of the spectrum like on ‘Under Neon Lights‘ with St Vincent (Annie Clark) which paints this picture of being in a sweaty club being tempted by a girl. There’s something distinctively unsettling about the track with Clark’s vocals harmonising in an extremely off kilter manner almost bringing about the feeling of being in a drunken state; it’s a dark track but is one that could easily be played in a night club and would be a great time. The same can be said for the opening track to the album ‘Sometimes I Feel So Deserted‘  which kicks off the album in the hardest way possible with it being a five-minute track filled with synths piling on top of each other and some smooth vocals that come in and build the tension.

Other tracks meet somewhere between these two ends like ‘Taste Of Honey‘ which has a very laid back and minimal-Disco-inspired beat and some vocals that are mixed oddly with heavy reverb on it. It results in some of the weaker material on the album with it neither being poppy enough to be pure fun or hard enough to sound dark, sinister yet danceable. These tracks are few and far between though and they mostly have their own sonic qualities that actually stand out like the track ‘Reflexion‘ which dabbles in dirty synth leads similar to that of Jon Hopkins – even if it never takes off like it promises it’s not a bad song because this duo have never been one to stagnate in their sound, they always keep things interesting.

Born In The Echoes isn’t an album which redefines a band for the new generation, but it sounds fresh and inventive with tracks like ‘Just Bang‘ doing exactly that. They still have the same influences in place and still sometimes have that Big-Beat sound that they’re known for but on a whole the album is much more than that. It’s a diverse set of tracks that doesn’t always amaze but nearly always entertains and will keep Chemical Brothers fans who’ve been waiting for a new album for a five years entertained and highly satisfied.

Advertisement. Scroll to continue reading.
In this article:born in the echoes, Chemical Brothers