Doom proggers Camel Of Doom have now released Terrestrial a follow up to the album Psychodramas: Breaking the Knots of Twisted Synapse made in 2012. The British doom prog band is remarkably made up of just two people despite having such an out of world sound – pun intended. The duo have created a vast sound which would seem impossible to create in a live setting but aim to achieve that in 2017 as well as working on their fifth album.

Camel Of Doom live up to the latter part of their name with pain painstakingly deep repetitive riffs which leave you craving the next strike from the drum kit which is effectively spacious. It’s a big relief not to hear a constant drum beat at times, the space is used to accentuate the notes when they are eventually played like in ‘Pyroclastic Flow.’ Equally, a repetitive riff is as effective like in ‘A Circle Has No End’ which as the title implies is a continuous guitar pattern which is accompanied by a synth sound which can best be described as extraterrestrial breathing which isn’t too dissimilar to a sounds used by Space Proggers Hawkwind.

Various sound effects give the illusion that melodic patterns are constantly changing although they remain the same. This technique of sound effects is used in ‘Euphoric Slumber.’ The same monotonous riff is repeated over however long. The riff is given life from the flowing effect permeating the existence of the riff creating an inconsistent consistency despite the predictable riff.

Terrestrial is structurally sound and despite the grave amounts of repetition in the true style of doom the longevity and dauntingness of it all works extremely well. With the added use of synth effects it keeps the tracks breathing giving enough change within the music to prevent it from dragging. The vocals are also effective and blend very well with the deep droning tones of bass and guitar. An album not quite from the future but one which sounds like it should be part of War of The Worlds or being transmitted somewhere in space.

Full of bile and poise, Bremen’s Mantar are a duo that are almost impossible to take lightly and their new EP is just that.

Do You Know Your Prog Bands And Albums?

Will you be a Prog God or scrounging for more albums in this quiz to test your knowledge of some classic Prog albums. 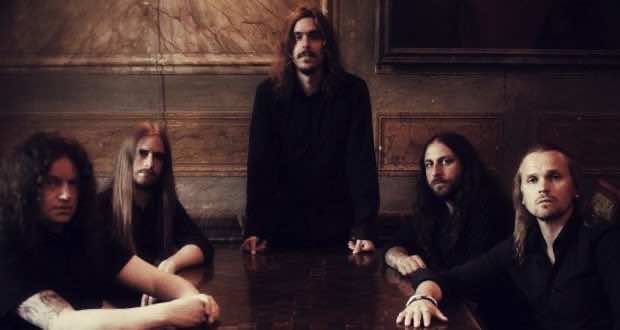 3 Reasons Why You Wont Want To Miss Opeths Upcoming Tour

Opeth embark on a iconic tour in celebration of the release of their new album and upcoming box set release.