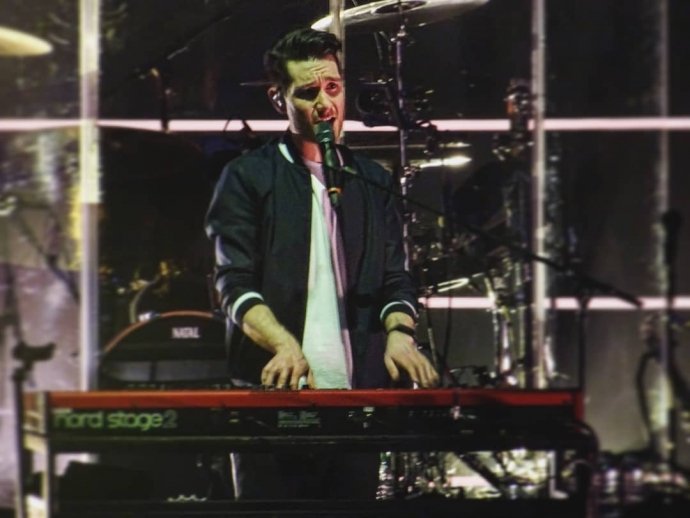 If you’ve ever had the pleasure of catching Bastille live before, you’ll know that it’s usually a really lively affair, so when the band announced details of their ReOrchestrated Tour the concept was certainly intriguing.

After a string of successful tours and two number one albums over the last five years, this new idea aimed to flip everything you thought you knew about Bastille’s live shows on its head and show you their hits from a whole new angle.

Swapping arenas for intimate halls for just eight shows, the band re-imagined their pop discography with the addition of a choir and orchestra. Although it felt like a much more formal occasion than usual, these beautiful venues were the perfect size to carry the spine-tingling sounds of the orchestra along with Dan Smith’s powerful and distinctive vocals. The lead singer styling casual attire such as tracksuit trousers and a bomber jacket in such an opulent setting seemed like a funny juxtaposition at first.

However, it sums up the endearing humbleness of a band who have enjoyed so much success in their short career; their disbelief in being able to perform in venues such as the Royal Albert Hall “this is fucking mental!” simply adds to their charm.

The show began with an acapella version of Pompeii, a hit usually saved until the end; a hint to the audience about how different this show would be. When a song you’ve heard roughly one thousand times gives you goosebumps and brings you close to tears, you know they’ve done something very right. After this captivating start came bangers such as Send Them Off!, Blame, The Anchor and Icarus.

It felt quite strange to be seated when such upbeat songs were being played, and there was a sense that no-one in the crowd quite knew whether it was acceptable to stand up. Dan himself made a comment about how it felt like they’d invaded a cinema every night. Luckily, their addictive pop melodies soon had everyone on their feet enjoying this new twist on their much-loved songs. Although the idea was for the set to be more ‘stripped back’, the energy everyone expects from the band was still there in full force, with Dan barely standing still all evening.

There was an almost even split of songs from both the Bad Blood and Wild World albums, with room for covers too including Of The Night and No Angels. At their Royal Albert Hall show, they even brought along Ella Eyre to help sing a cover of TLC’s No Scrubs, which was a really fun moment. Throughout the tour they changed up the setlist slightly at each show, making each one feel truly unique and special for those in attendance. Other highlights included Oblivion; a highly emotional song that almost felt like it was made for this setting, and their performance of I Know You, which brought back the party atmosphere.

With the uplifting Weight of Living, Pt 1 ending the evening, it certainly solidified this as a night to remember. The idea of the ReOrchestrated Tour certainly sounded ambitious on paper but it was executed flawlessly. The choir’s incredible vocals teamed with outstanding orchestra helped highlight Dan’s voice and their lyrical sentiments like never before and proved Bastille to be one of the most imaginative and talented bands around.