When it comes to reviews, HTF has a reputation for being honest. We’ve clashed with a few promoters in the past, but our dignity is more important than a few free tickets to events, and we like to ensure that our utmost accuracy is maintained. When I say The Masked Ball is the best Halloween party on the planet, we’re not exaggerating.

Tucked away in the heart of Helston, Cornwall, The Masked Ball takes place every Spring and again in October for Halloween. Thousands descend from hundreds of locations to attend 12 hours of debauchery and mayhem. This year’s theme was based on the 80’s Vampire cult classic film, ‘The Lost Boys’ and as usual, the organisers pulled out all the freakish, aberrant stops to create more than just another festival based around a few tents with a mediocre sound system. Here are the top ten reasons for the logic behind our thinking:

1. Even the queue was fun

Everyone hates the queue into a festival no matter how long it takes, which is why at The Masked Ball you’re greeted and pleasantly harassed by a plethora of actors, a saxophone player and an endless supply of the weird and wonderful. In fact, the saxophone scene from The Lost Boys was pretty much re-created with an uncanny similarities to the movie.

The Halloween Masked Ball is held at Flambards in Helston, Cornwall and it probably makes for one of the most surreal venues we’ve ever set foot in. Anyone who has ever visited Flambards during normal hours will already be aware of how gonzo it is, so when The Masked Ball’s inventive team of artists take to the place in the weeks that lead up to the event, it’s transformed into something even further beyond the norm. Plus, to make things that tiny bit more adventurous, they open all the rides until midnight (and don’t charge you extra!) 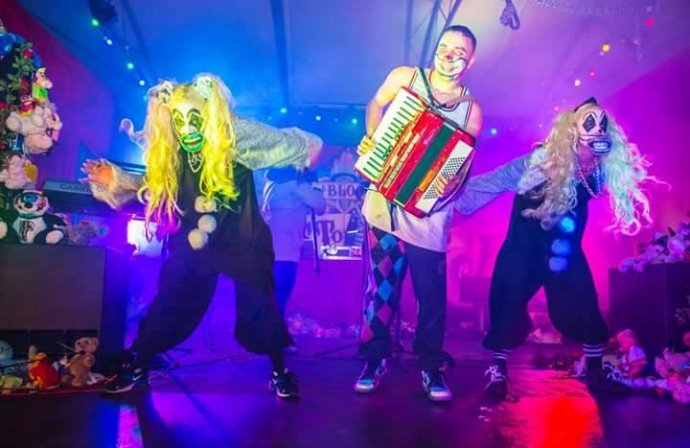 3. The eclectic music and entertainment

With more than 12 venues pioneering over 70 artists, The Masked Ball offers a selection of entertainment to suit everyone. Add in a variety of performers to keep you entertained between these venues, The Demon Drome (a wall of death showcasing daredevils on motorbikes defying gravity as people looked on in awe) and Drum & Bass heavyweights ‘Hospitality‘ to captain the flagship line-up in ‘The Grand Ballroom’ featuring chart-topping stars High Contrast, London Electricity and Danny Byrd, and you have something for everyone. While we thought Hospitality would blow The Masked Ball away, it was ‘Fangz’ that stole the thunder, causing the whole dance floor to erupt throughout the night with the cheesiest of 80s and Disco classics. Shortly behind Fangz, a dungeon called ‘The Cave’ saw a shoulder-to-shoulder tent crammed to the exit and beyond throughout the night with some of the best Techno we’ve ever heard. 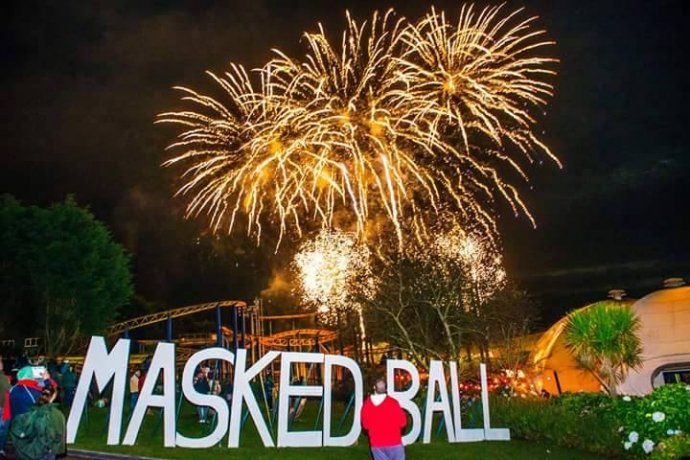 Often aligned to Shangri-La at Glastonbury, the crazy camps at Burning Man or the bizarre stages of Boomtown, The Masked Ball’s creativity offers no boundaries of the imagination, with attention to the finest of detail. Every aspect of The Masked Ball is discussed and designed at length, leaving no corners being cut.

5. The sound quality is perfect, and thumping!

Festivals and events are quite often plagued with a lack of budget when it comes to the sound quality, or council regulations that mean it has to be kept below a certain volume. The Masked Ball’s location at Flambards means it is isolated enough from the real world to be able to crank the volume to a level that gets the body shaking with euphoria, and when it comes to the quality, we’ve never heard anything quite like it!

At only £50, The Masked Ball offers great value. Not only are all the rides and adventures included, but due to it’s location far away from any city, the drinks’ prices are pretty sensible too!

7. The weather doesn’t ruin anything

With 90% of the event under shelter and concrete paths linking the stages, you can be sure that the rain will not interfere with the fun of the event. While camping is available for the bravest among us, a large number of buses are readily available at the end of the event to link attendees to all corners of the Westcountry. 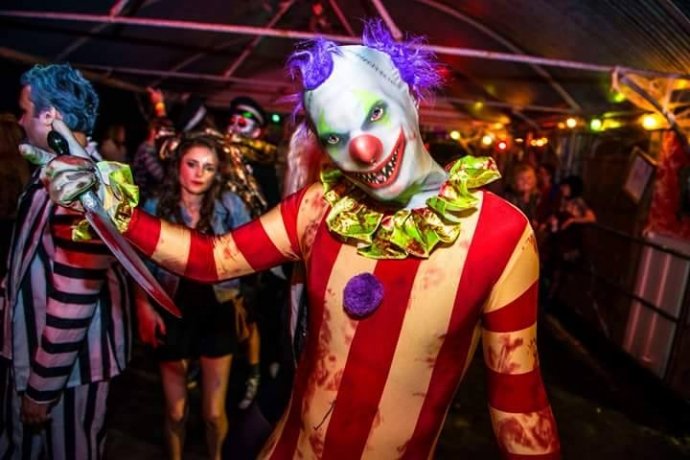 8. The costumes are beyond your wildest imagination

…and that’s just the crowd! There’s something truly bizarre about The Masked Ball, that seems to provoke the entirety of the crowd into putting an unprecedented amount of effort into their costumes. Even if The Masked Ball was an empty shell, the costumes would create a unique, vibrant and unrivalled barrage of creativity you rarely see elsewhere. Everyone just seems to make an effort.

We don’t think an event taking place over more than a day could ever work during the cold days of Winter. People would either burn out on the first day, or try to pace themselves for the second. Add in the cold weather wearing down people’s radiance faster, and you have a diluted mismatch of people peaking at the same time others are struggling. By positioning The Masked Ball over the 12 hours across the centre of the weekend, everyone puts all their effort in at the same time, which creates an atmosphere nothing short of electric. 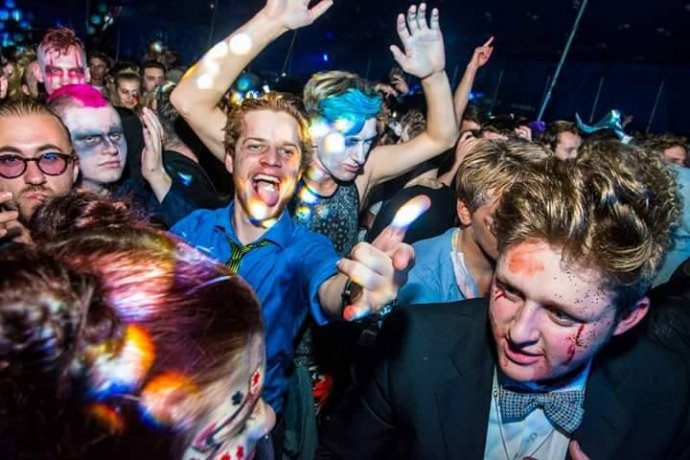 We’ve said it time after time before, and we’ll continue saying it for as long as The Masked Ball keeps up it’s appearances. Maybe it’s just something in the air of Cornwall, but at The Masked Ball we have genuinely witnessed some of the kindest, positive and most eccentric personalities from any event in the UK we’ve attended. There is no trouble, there are no fights and there is nothing but pure love between everyone involved.

“Wow! The Masked Ball just feel so lucky to have such a great crowd. We had to change a few things around, but we’re so stoked to have pulled it off. Roll on May…we just can’t wait until you see what we have in store to celebrate a decade of decadence”

Tickets for the 3-day Masked Ball event in May are now on sale at an early bird price of just £75 (+ booking fee):

In this article:hospitality, The Masked Ball