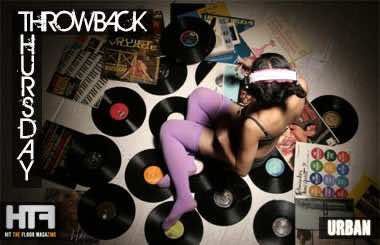 Kendrick Lamar’s new album ‘Good Kid, m.A.A.d City’ is set for release this Monday 22nd October. With this in mind it would perfect to review his first album ‘Section.80′ for this weeks Throwback Thursday.

Kendrick is a California rapper from the city of Compton where he was brought up by his mother and father. Many Compton rappers have used their cities name to boast how tough they are, Kendrick however goes against this talking more about the problems the people of the city face.

This was Kendrick’s full-length debut in 2011 that followed the mixtape ‘Overly Dedicated’ back in 2010, which featured the track ‘Michael Jordan’.


The album as a whole carries some strong messages throughout and really makes a statement. The first track ‘Fuck Your Ethnicity’ is a prime example of that. The opener to this album is of a narrator, whom features throughout this album, around a campfire like you would see in a typical cult film scene. This track sets a movement atmosphere against racism, religion and really making it clear that ethnicity is really just pointless to fight over. The mood instantly lightens in his second track ‘Hol’ Up’ as he dreams about having sex with a stewardess on an airplane, but still then in this light hearted song you learn about Kendrick’s personality and his views.

Other songs on this album such as ‘A.D.H.D’ really have some hard-hitting messages which focuses on drugs, but not in the normal light you expect from Hip-Hop. Kendrick talks more about the negative need of wanting these drugs to help him cope with his life and really questions the direction his generation is heading in.

‘HiiiPower’ is another hard-hitting track that stand outs and was produced by rapper J.Cole. The track itself talks in depth about politic, history and conspiracies and tries to motivate the audience to step away from the propaganda and move forward together.

Kendrick’s talent doesn’t stop there! He tells two great stories named ‘Tammy’s Song’ and ‘Keisha’s Song’. Tammy’s Song is the story of a girl and how her man is cheating and how she gets pay back. Keisha’s song is a much richer story about how her city forces her to sell her body to survive but tells it in such a way that when you understand the lyrics it becomes even more shocking and harder hitting. The production of this album is outstanding and other beats such as ‘The Spiteful Chant’, with the horns and heavy beat, create such an epic sound.

The album doesn’t feel that it’s been rushed in anyway and truly feels honest, not only to the artist but his city too. This piece of art is a classic but will only be appreciated by an audience that understands the direction Kendrick wants to be heading.