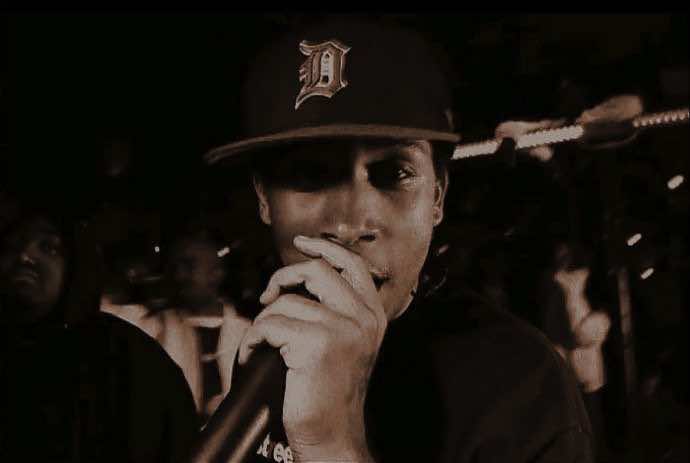 Having not long released his critically acclaimed debut album, Timing Is Everything, HTF decided to have a chat with the fast rising, inventive hip- hop export, Kid Vishis.

HTF: How are you today? What was the first thing you thought about when you woke up?

Kid: Im awesome today thanx for asking! I woke up thinking about going to the boxing gym lol.. Pathetic, I know..

HTF: How has your debut album, Timing Is Everything, been received so far?

Kid: I’ve been getting very positive responses from lots of different web sites all around the world really. I’m very excited that its getting a good response because my work will only be better with time.

HTF: What do you hope fans will take from the record?

Kid: That I’m an MC that they would like to hear more from in the future. Once I get them to do that, they get to witness the growth in my song making, flow, delivery, and just my overall MC ability.. I want the fans to feel comfortable with being supporters of a proud representer of hip hop.

HTF: What topics are you touching on lyrically?

Kid: It’s a very diverse album, I touch on lots of different topics from personal records to raw spit records to up tempo lyrical records. Its going to be a very entertaining album for most hip hop fans. Just put it on and press play.

HTF: Being the younger brother of Royce Da 59, do you think it’s been easier for you to get ahead in the rap game? Or has it been just as difficult as anybody else?

Kid: I’m not sure if its harder or easier, I just know that I’ve been working my ass off and I’m seeing results from the world in return. It’s a momentum that I have going right now and I just want to keep it going. Royce has my back no matter what so I personally feel that by having the family like I have in general that I can get ahead in life as far as anything goes.

HTF: When did you first realise that hip-hop was going to play a major part in your life?

Kid: When I got my first $500 dollars from putting a verse on the NFL Street video game lol! I thought I was unstoppable. like damn I can make 5 Hun off one verse??? I can get REAL used to this..

HTF: Who was your first favourite artist?

Kid: Royce.. Ok. Eminem. Ok, is that too common? Fine. I think Canibus and Big L were the first two guys besides Royce and Slim at that time that I felt were invincible.

HTF: If you had to compare yourself with one type of food, what would it be, and why?

Kid: Due to diversity of my style and the fact that I can’t come up with anything good, I’m gonna have to say an all you can eat buffet. You get a little bit of everything with me. Sad I know lol..

HTF: Are there any plans to tour the UK and Europe this year?

Kid: YES! I’m very excited about touring the UK and Europe! Talks are in the works right now and I just have my fingers crossed because I love the UK and Europe, they always have showed me love and I would love to perform in front of crowds that appreciate hip hop.

HTF: To finish, what would you like people to think off when they see or hear the name Kid Vishis?