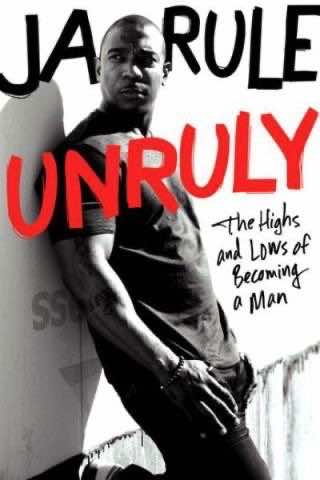 Ja Rule is set to release his new book ‘Unruly: The Highs and Lows of Being a Man’. The autobiography covers his childhood and his time in prison. The book also gives Ja Rule’s perspective on the beef between him and 50 Cent.

According to the New York Daily News, Rule has suggested that 50 Cent had snitched to the police about Irv Gotti, Rule’s business partner. Rule writes, “(50 Cent) secretly led them through his recordings for the answers they were looking for.” 50 cent has repeatedly denied being an informant for the police.

Rule also suggest that 50 Cent took his name as a person involved in the shooting, where the G-Unit boss took nine bullets. He supposedly talks about incidents when he hit 50 Cent with a baseball bat and another time when he slammed a speaker down on 50.

Rule writes “50 was a crazed man on a mission to destroy me.” The beef between the two is said to have been settled.

For those hip hop fans who want to hear Rule’s side to the story ‘Unruly: The Highs and Lows of Being a Man’ is definitely worth the buy and will be available to purchase in the UK from July 31st onwards.

In this article:50 Cent, Ja Rule