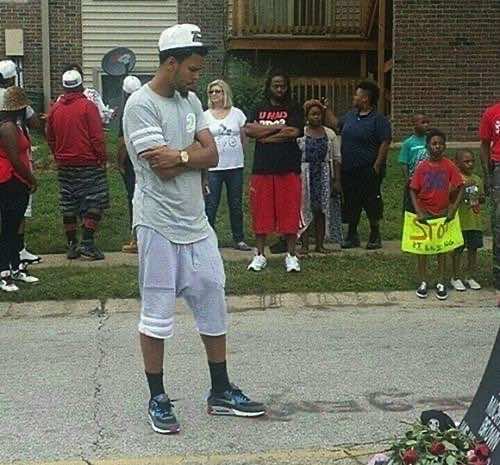 Hip-hop has always has a fraught relationship with the police, so the gunning down of  teenager Michael Brown in Ferguson, Missouri last week has sparked a nationwide uproar. Protestors have taken to the streets in demand of justice. The peaceful protest has seen some take advantage and has led to rioting and looting. Which has then seen the police militarise and use aggressive force mostly on protestors and the media. Many rappers have taken to social media to voice their opinions, show support and even make music to inspire and give hope to those angered by the events.

The heartfelt ballad is honest and sees J.Cole almost tearful as he pleas for cooler heads and a end to the violence. He later visited the protests in Ferguson, Missouri.
5o Cent and the reformed G-Unit also released a more aggressive take on the Michael Brown ‘Ahhh Sh_t‘.Arguably in bad taste, as this is the sort of thing that could likely aggravate the situation, or maybe it’s just an accurate representation of the feeling right now.


Following a celebrity American football game, Chris Brown and Nelly (who is from Missouri) showed support for Michael Brown and the upset citizens, but urged them to be smart in their actions and peaceful. He also stated he’ll be starting a scholarship in Brown’s name.

On the other hand, B.o.B found himself amidst controversy after posting a tweet on what he felt was the hypocrisy of the situation. 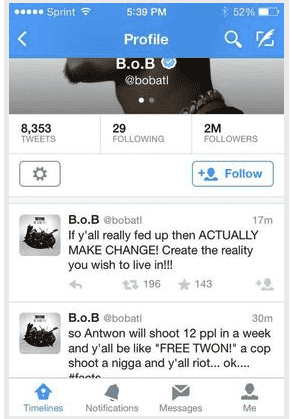 Naturally the tweet was met with a negative reaction: 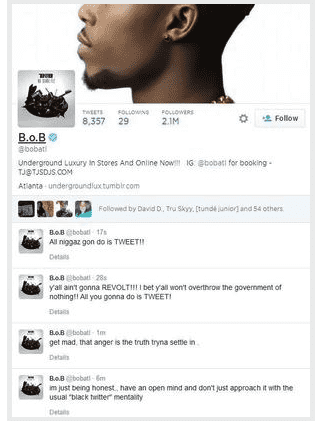 Following the negative reactions B.o.B (or more likely his label) deleted the tweets. Childish Gambino who has recently earned a reputation of being at times uncomfortably candid with anything that is on his mind. He tweeted a poem based on his discussions with his mother about race. The poem sees Gambino being a greater success if he were a white rapper, and also the lack of persecution  he would suffer if he was white. The full list of tweets can be read here.

Rapper David Banner tweets were particularly passionate, so much so he found himself in the middle of a discussion about ‘Raising black children in America’ on news channel CNN. David Banner also spent 10 hours on Twitter listing names of black men, women and children who have been shot and killed by the police.

This won’t be the last time a young black person is wrongfully killed by the police. Hopefully however, some form of progress gained from this tragedy.
In this article:B.o.B, Childish Gambio, Chris Brown, J. Cole, Nelly