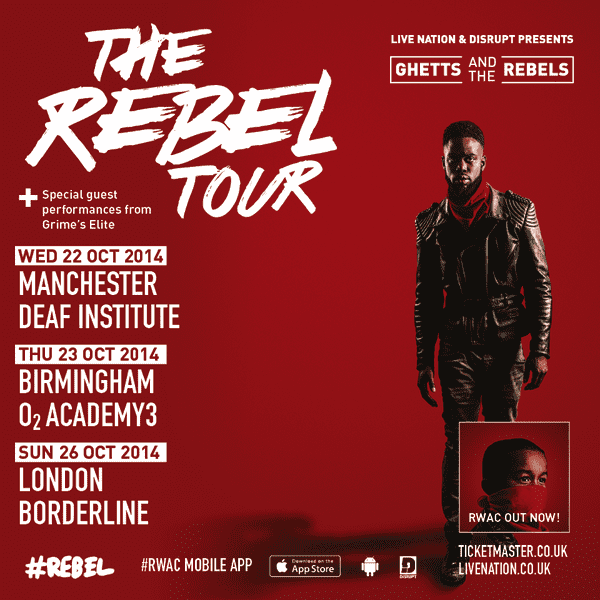 After receiving an award as 1 of 15 UK artists to receive government funding for touring internationally last week, and also being recently nominated for AIM’s Hardest Working Act award, Ghetts yesterday announced a run of three UK dates for this October. Ghetts will be opening up at The Deaf Institute in Manchester on 22nd October, then will be appearing at the O2 Academy in Birmingham on 23rd October and finishing at The Borderline in London on the 26th October.

Tickets go on sale at 9am on Friday 15th August priced £12 regionally and £13 in London,and are available here. Ghetts will be touring his latest album Rebel With A Cause, check out lead single ‘Rebel’ below.