We Ask My Life Story To Choose An Entire Album They Would Like To Cover!

How Easy Is It To Put On A Festival In The Snow? We Talk To The Director Of Horizon Festival!

Lady Leshurr Reveals She Used To Have 11 Fingers! | Simply The Best

Raleigh Ritchie Talks To Us About His New Album, Social Anxiety & More! | Interview

We Chat To Paul Draper About The Death Of Mansun & Going Solo!

Akala Talks To Us About Knowledge Is Power 2, Graphic Novels, Politics On Social Media & More | Interview

How Can We Save Our Small Venues? Venue Managers Have Their Say

Lights Chats 'Up We Go', Scrapped Songs & Everyone Wearing Her Cat! | Video Interview

The Mini Band Tell Us What It Was Like To Play Reading Festival! | Video Interview

Cahoots - The Band YouTube Made! "We Wouldn't Be Where We Are Without Social Media"

M.O Talk To Us About Their New Single, New Album And More! "Remember Interludes?? We Are Bringing Them Back!" | Interview

Lawson Talk To Us About Their New Single 'Roads' & Upcoming Album! "I Like To Have A Big Banana" | Interview

Raekwon Discusses Wu Tang's Once Upon A Time In Shaolin Album & The Pressure Of New Music: Part 2/2

Paddington's David Heyman - "We Were All There To Make Something That Was Special." | Interview

Orla Gartland Talks New EP, Touring and Ginger Powers! " I Could Flip Upside Down And Use My Hair To Jet-pack Me Around!"

The Veronicas Talk To Us About Their New Album, Aliens & Compassion "I'm An Alien Lover, Literally! I've Loved Aliens"

Joel O'Keeffe Of Airbourne Reveals His HTF Firsts! "I Jumped Off The Roof!"

Ryan Key Of Yellowcard Reveals His HTF Firsts! "What If My Wife Watches This?"

Blitz Kids Reveal Their HTF Firsts! "I Haven't Even Slept With You Yet And You're Sleeping With Him!"

Drama Club Reveal Their HTF Firsts! "This Is What Happened When Our Parents Went Away"

Natives Reveal Their HTF Firsts! "My First Kiss Was Ronan Keating At My School Disco"

Young Guns Reveal Their HTF Firsts! "There Were Footprints On The Ceiling"

Tonight Alive Reveal Their HTF Firsts! "It’s All About Just Shedding Your Clothes"

Mayday Parade Reveal Their HTF Firsts! "I Never Thought I’d Die Sailing Out In The Ocean!"

Bowling for Soup - "I Wouldn't Put A Buttcheek Past Us!" | Interview

Beasts Reveal Their HTF Firsts! "I’ll Go For The Wank As Well"

Jack From Clean Bandit Reveals His HTF Firsts! "You Might Notice You Are More Developed Than Other Boys In The Class"

Natasha North Reveals Her HTF Firsts! "I Love Trophies And Anything To Do With Trophies”

Bosco Rogers - "You Either Get Fed Mainstream Shite, Or Do Your Own Thing!" | Interview

Comeback Kid - "We Are Focused On Doing Our Thing, And Not Doing What Is Cool At The Moment" | Interview

Theory Of A Deadman - "We're Actually All Wrestlers" | Video Interview

Camila Cabello, Fifth Harmony "In Every Possible Way You Can Think Of - We've Changed" | Interview

Aeon- "I Feel That It Is But The Beginning of A New Era." | Interview

Revocation - "They Were Animals! They Were Crowdsurfing When We Were Not Even Playing" | Interview

EofE - "We Once Received Some Ann Summers Jelly Boobs" | Interview

Fearless Vampire Killers Reveal Their HTF Firsts! "I Used To Get Girls And Take Them In The Wendy House"

We Have A Chat With Delta Heavy "Don't Spill Your Drinks, Or Your Dumbbells On Your Laptop!" | Interview

Lindsey Stirling Talks Being Classical In The EDM World! "The Best EDM Producers Are The Ones With Classical Backgrounds" | Interview

Jeremy And Neil Of A Day To Remember Reveal Their HTF Firsts! "I'd Be Stoked If My Son Knocked Someone Out!"

We Have A Chat With Fake Blood! "Sociopathic Bullshitting Narcissists #EDM" | Interview

Balance and Composure - "Being Away From Everything Is Really Nice" | Interview

Dillon Francis Talks New Album & Cat Fights! "My Cat Would Look Like It's On Crack" | Interview

Jake and Jinxx Of Black Veil Brides Reveal Their HTF Firsts! "I Learnt What Drowning Was All About"

Adian Coker & Raheem Bakare Reveal Their HTF Firsts! "Ain't No Guy With A Long Beard & A Red Jacket Gonna Come Down & Give Me F**king Presents!"

Wilkinson Reveals His HTF Firsts! "Some Animal Being Burnt Alive Probably Upset Me A Little Bit!" 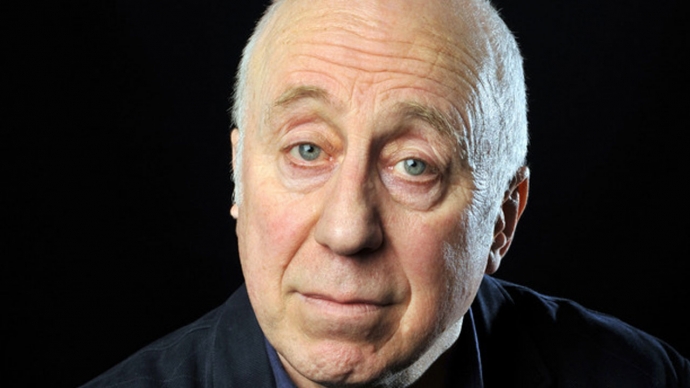 Any British sci-fi fan will be more than familiar with the cult BBC series, Red Dwarf. Now in its 10th season, with a new one expected later this year, the show has been entertaining us since 1998 as we follow the adventures of Lister, Rimmer, Kryten and Cat as they drift around space trying to find a way back to earth. Helping them on their way is Holly, the ships onboard computer, played (in series 1,2,7 & 8) by comedian, and all round legend and lovely chap, Norman Lovett. Known for his deadpan and dry sense of humour, he quickly become a fan favourite and one of the series’ most recognisable faces (literally) and we were lucky enough to catch up with him at this years Optimus Film & TV Convention down in sunny Torquay.

After having a brief chat with him about bands/singers he likes, and knowing his cast mate Craig Charles does DJ sets, we thought we would chat music and find out what a Norman Lovett DJ set would be like. What tunes would he play? What would his DJ name be? Who would win in a DJ battle between him and Craig?  Is ‘Don’t Speak’ by No Doubt too slow for a club? All these questions and more are answered in our exclusive interview!

Check out the video below and make sure to stay up to date with what Norman’s up to on his website at – www.normanlovett.com