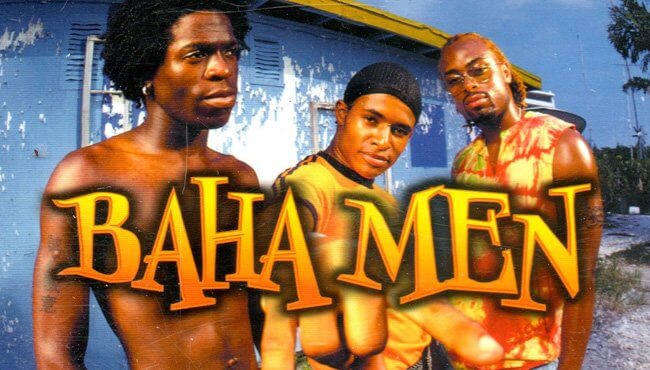 If you’ve got good taste in music, you know the feeling of finding out that someone highly attractive has highly unattractive music taste. It’s a sinking feeling in the pit of your stomach; a bit like that one where you have eaten way too much. Where before you might have been ready to mix fluids with the person sitting across from you, the fact that the only music they listens to in the car is the Wicked soundtrack and Take That’s Greatest Hits might put you off completely. The question is: are you being a psychopath, or does taste in music really matter?

While the fact that your love interest’s favorite band of all time is The Baha Men might not mean they are a bad person, it might speak to deeper problems. It’s true that people’s taste in music is related to taste in many other things including what food they may like, what TV they watch, what friends they have and even how they like to have sex. On the other hand, the fact that so-and-so has a Ramones t-shirt, but cannot name a single song by the Ramones – grrr! – might just be something to overlook. Not everybody has to be into everything you’re into! Only you can make this call.

I guess the best thing you can do if someone has unacceptable taste in music, is just see how receptive they are to trying out new things. Maybe you can sway them to like that obscure Led Zepplin bootleg you love so dearly, or that early A$AP Rocky track that’s clearly the best thing anyone has ever heard. If they aren’t that receptive then you just gotta work out if you can live with that.

So let’s talk about Benign Vs. Malignant bad taste. You’re in the middle of an online chat with someone you just met on a dating site. You’ve been talking for a while and you’ve hit a conversational lull. So naturally you ask what kind of music are you into. This is a question you love to be asked. You have great answers already. Your music taste is on point! After a few seconds, you get the reply, “Oh, you know, I like everything…whatever’s on the radio.” You pause…“FFS! Not this!” you think to yourself. What do you make of this?!

There are a few options…

1) This person has only passing awareness of music, just as you probably couldn’t name a single player in the NFL. This is probably fine. There is room to educate

2) The person is on the spot, worried that their answer will be insufficient (see what you did, you elitist?!), and caves.

3) All the music your future children would know is Adele and the Black Eyed Peas.

In the end, you can’t expect everyone in your life to have the same musical standards that you have. It is possible for opposites to attract, Paula Abdul said so. But, music also speaks about that person’s soul. Only you can decide if their shit music taste is a dealbreaker.