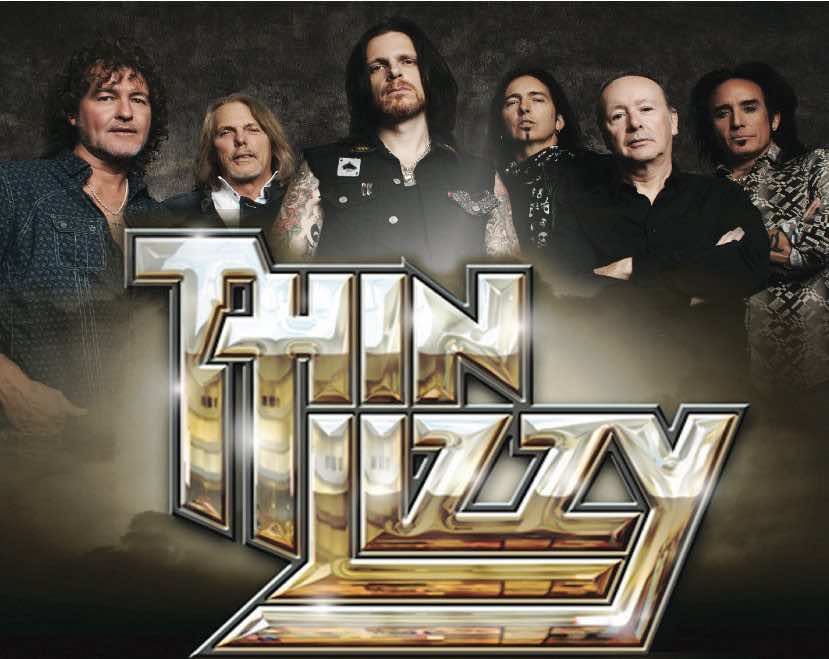 Thin Lizzy are one of rock music’s most recognisable names and after having influenced generations of musicians with classic tracks such as The Boys Are Back In Town, Still In Love With You and Jailbreak they have teamed up with USC to release the ultimate box set featuring six of their hit albums which hit the shelves on June 11th.

The box set will include: 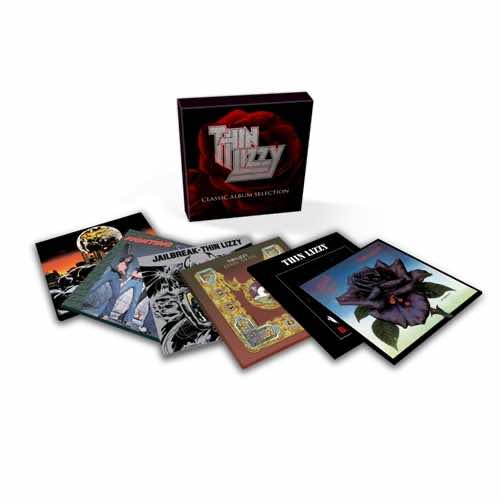 Fighting which was the bands fifth studio album released in 1975:
1. Rosalie
2. For Those Who Love To Livw
3. Suicide
4. Wild One
5. Fighting My Way Back
6. Kings’ Vengeance
7. Spirit Slips Away
8. Silver Dollar
9. Freedom Song
10. Ballad Of a Hard Man

Jailbreak which was released in 1976 and proved to be bands commerical breakthrough in the US which features ‘The Boys Are Back In Town’ which became Lizzy’s biggest hit to date. This album achieved Gold status in UK, US and Canada:
1. Jailbreak
2. Angel From The Coast
3. Running Back
4. Romeo and the Lonely Girl
5. Warrior
6. The Boys Are Back In Town
7. Fight or Fall
8. Cowboy Song
9. Emerald

Bad Reputation was the bands third album to achieve gold status in the UK and was released in 1977:
1. Soldier of Fortune
2. Bad Reputation
3. Opium Trail
4. Southbound
5. Dancing In The Moonlight (It’s Caught Me In Its Spotlight)
6. Killer Without A Cause
7. Downtown Sundown
8. That Woman’s Gonna Break Your Heart
9. Dear Lord

Black Rose was released in 1979 and as well as achieving gold status it shot to number 2 in the UK charts cementing Thin Lizzy as one of the biggest rock bands in the world:
1. Do Anything You Want To
2. Toughest Street In Town
3. S&M
4. Waiting For An Alibi
5. Sarah
6. Got To Give Up
7. Get Out Of Here
8. With Love
9. Roisin Dubh

This is one box set that every rock fan should own, so get yours now!