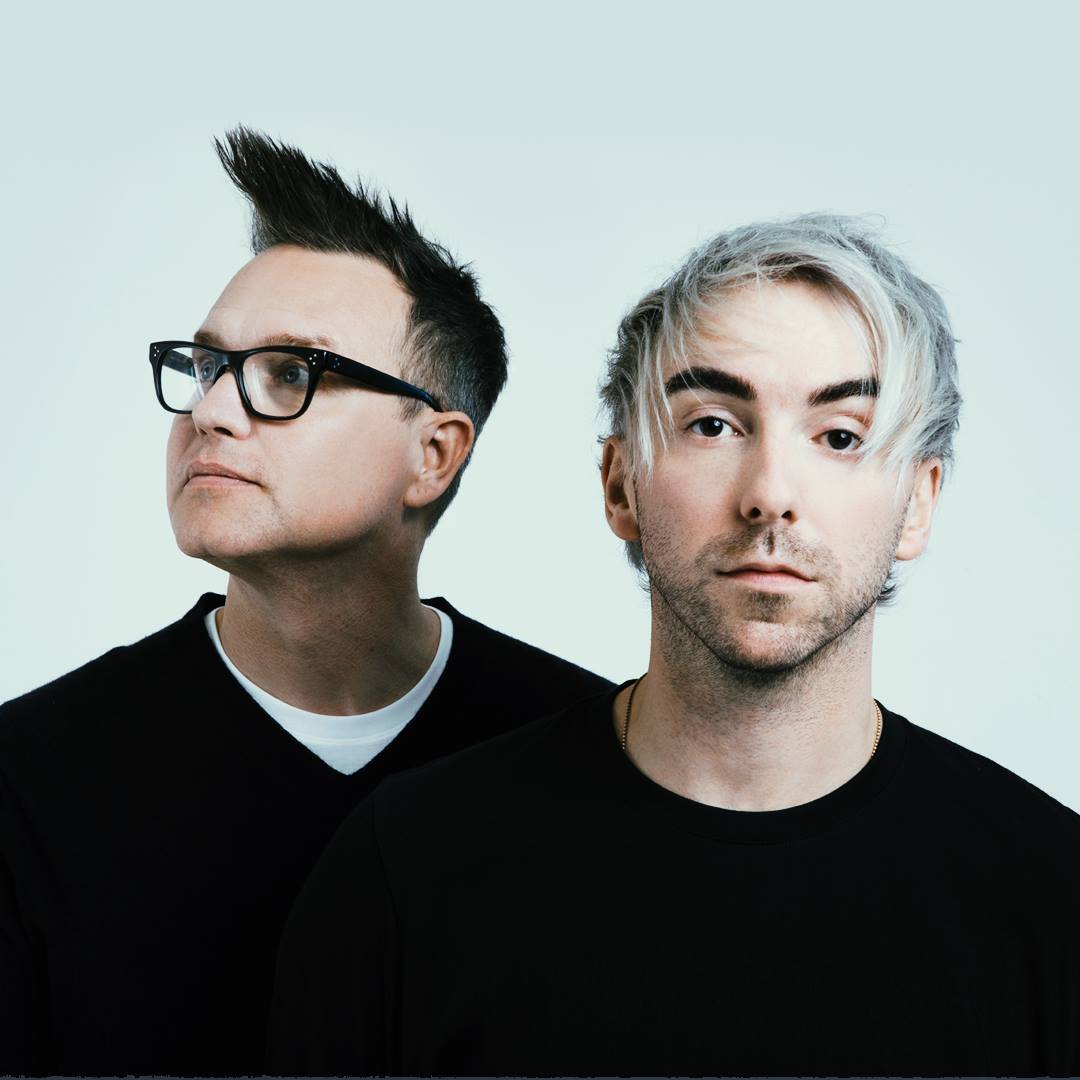 On a cold and rainy Wednesday April evening in Hackney, there’s a buzz in the air because an exciting new band are performing their first ever UK gig at Hangar, London Fields.

This isn’t just any new band, though. This is Simple Creatures, made up of none other than Blink 182’s Mark Hoppus and All Time Low’s Alex Gaskarth. Used to selling out huge venues across the world with their ‘main’ bands, this intimate venue is a stark contrast for the side project’s live debut.

“Like being at a friend’s (extremely awesome) house party”

The underground rave-like warehouse actually feels fitting for a band who, in their own words, create 80’s influenced ‘Pop Trash’ with songs full addictive electronic melodies. Simple Creatures’ unique sound is a far cry from the heavily guitar-led pop punk we usually expect from the pair, yet from the moment Mark and Alex appear it looks and sounds like the most natural progression in the world.

The venue’s tiny stage is barely elevated above the crowd and with rogue balloons floating throughout the venue (handed out by Mark before the set), it feels more like being at a friend’s (extremely awesome) house party. They could have easily moved to a larger venue, but this ‘back to basics’ approach created a really cool atmosphere and let the songs do all the talking.

Their debut EP ‘Strange Love’ was released less than a week before this show and yet the crowd sing the lyrics back loud and clear as if they were already classics. Kicking off the set was their energetic first single ‘Drug’, followed by the equally as lively ‘Adrenaline’. Both sound even more fun than they do on record, with buzzing guitars, memorable choruses (seriously, we still can’t get their tunes out of our heads) and a large dose of electronic beats. Alex explained that the third member of the band is a laptop and at times it stopped working, but this simply added to the show’s raw charm.

The set was only around 40 minutes long (Mark joked about how he “finally found the perfect set length”) but they still found time to perform an epic cover of Depeche Mode’s ‘Personal Jesus’, as well as treat our ears to some tunes from their upcoming second EP, which is ready to be released. The new(er) songs ‘NVM’ and ‘One Little Lie’ sound equally as exciting, slotting in seamlessly with the rest of the set. In such a small space, it’s easy to see the special relationship Mark and Alex have – cracking jokes and hurling insults at each other between songs but also a clear mutual respect for each other’s talents.

In a recent interview with Rock Sound Mark admitted that they weren’t sure whether people would come to their shows because they’d only released a handful of songs. But of course they did and boy did they enjoy themselves. This was truly an unforgettable night and we’re certain we aren’t the only ones who left feeling excited about what the future holds for Simple Creatures.