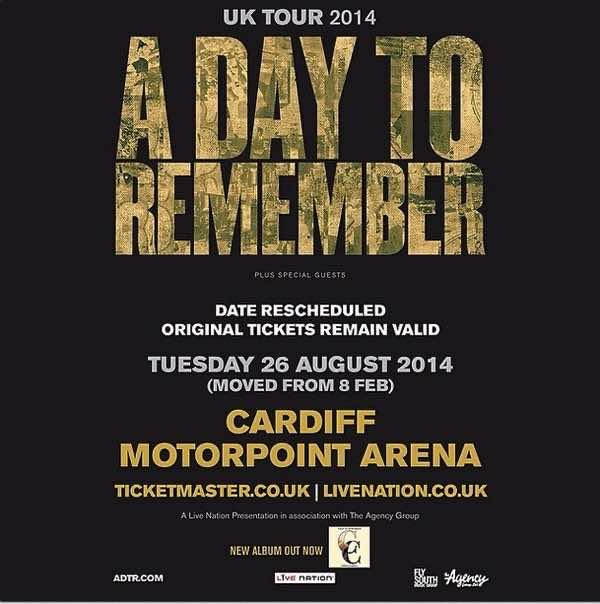 In February, amidst A Day To Remember‘s UK tour, vocalist Jeremy McKinnon fell ill, causing the band to postpone the show they had planned in Cardiff on February 8th. Having promised to reschedule, the band hailing from Ocala, Florida are staying true to their word and have announced that they will be playing on Tuesday August 26th at Cardiff Motorpoint Arena. Special guests are to be confirmed at a later date.

If you had purchased a ticket for the February show, these will stay available. Otherwise, you can still secure a ticket via Live Nation.

If you missed the news yesterday, A Day To Remember will also be hitting the main stage at this year’s Reading & Leeds Festival, which will be headlined by Queens Of The Stone Age, Paramore, Arctic Monkeys and Blink-182.

In this article:A Day To Remember, Arctic Monkeys, Blink 182, paramore, Queens of the Stone Age, reading and leeds festival